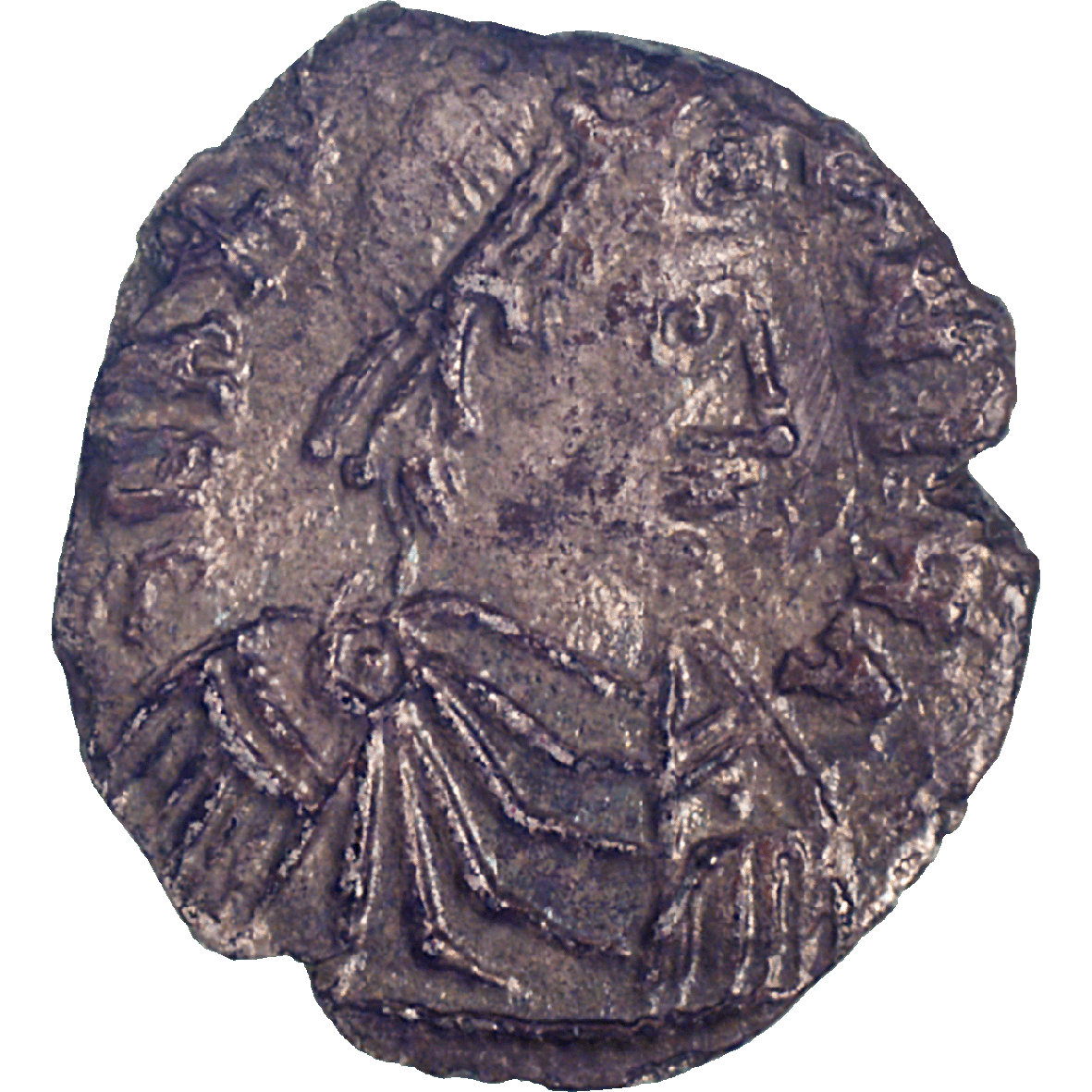 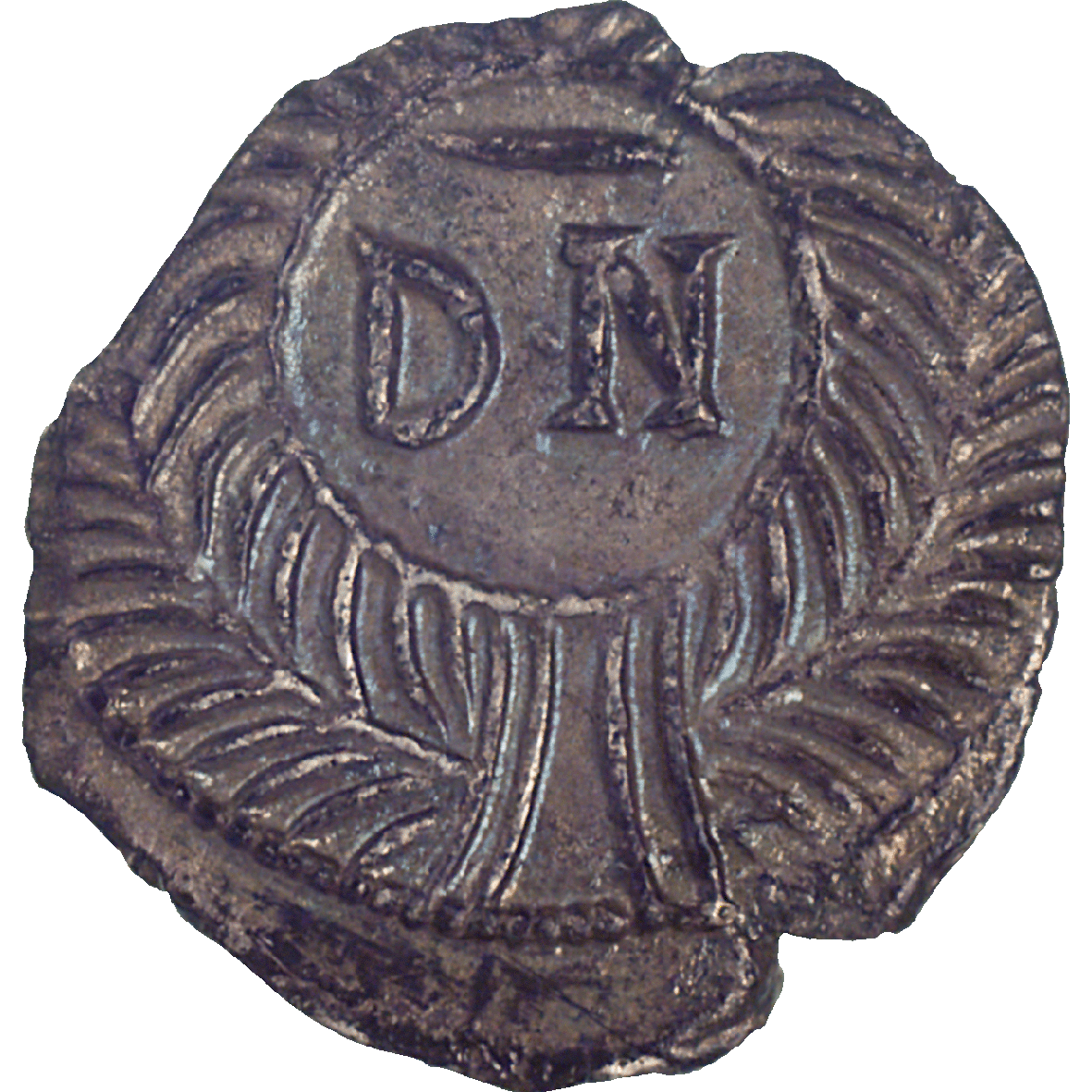 The Vandals were the first of the Germanic tribes to found a kingdom of their own within the realm of the former Roman Empire. It was located in Northern Africa, in about the region of modern Tunisia. The most famous king of the Vandals, Geiseric, stabilized the Vandal Empire in Africa on the grounds of the former Roman administration. Coinage was maintained as before – meaning that the Vandals initially merely copied the silver coins of the Roman Emperor Honorius minted in Ravenna. Under the rule of Gunthamund (484-496), however, coins with the king's own bust were minted; besides, Gunthamund had the title REX (king) put on his coins. As improvement, his money bore the indication of its value. The new coins were based on the siliqua worth 100 denarii. The coins mostly minted were half siliquae at 50 denarii (DN L) and quarter siliquae at 25 denarii (DN XXV).