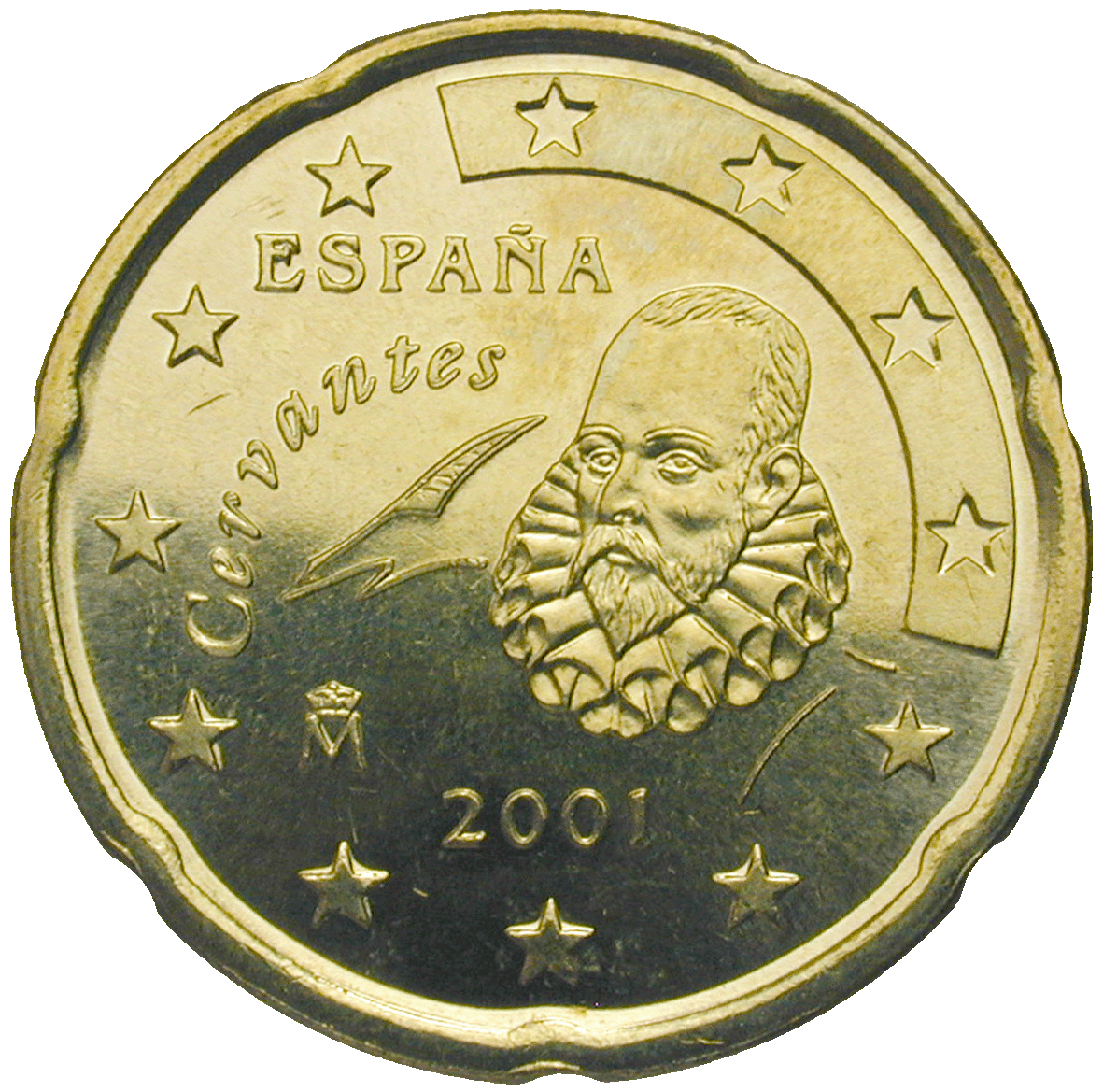 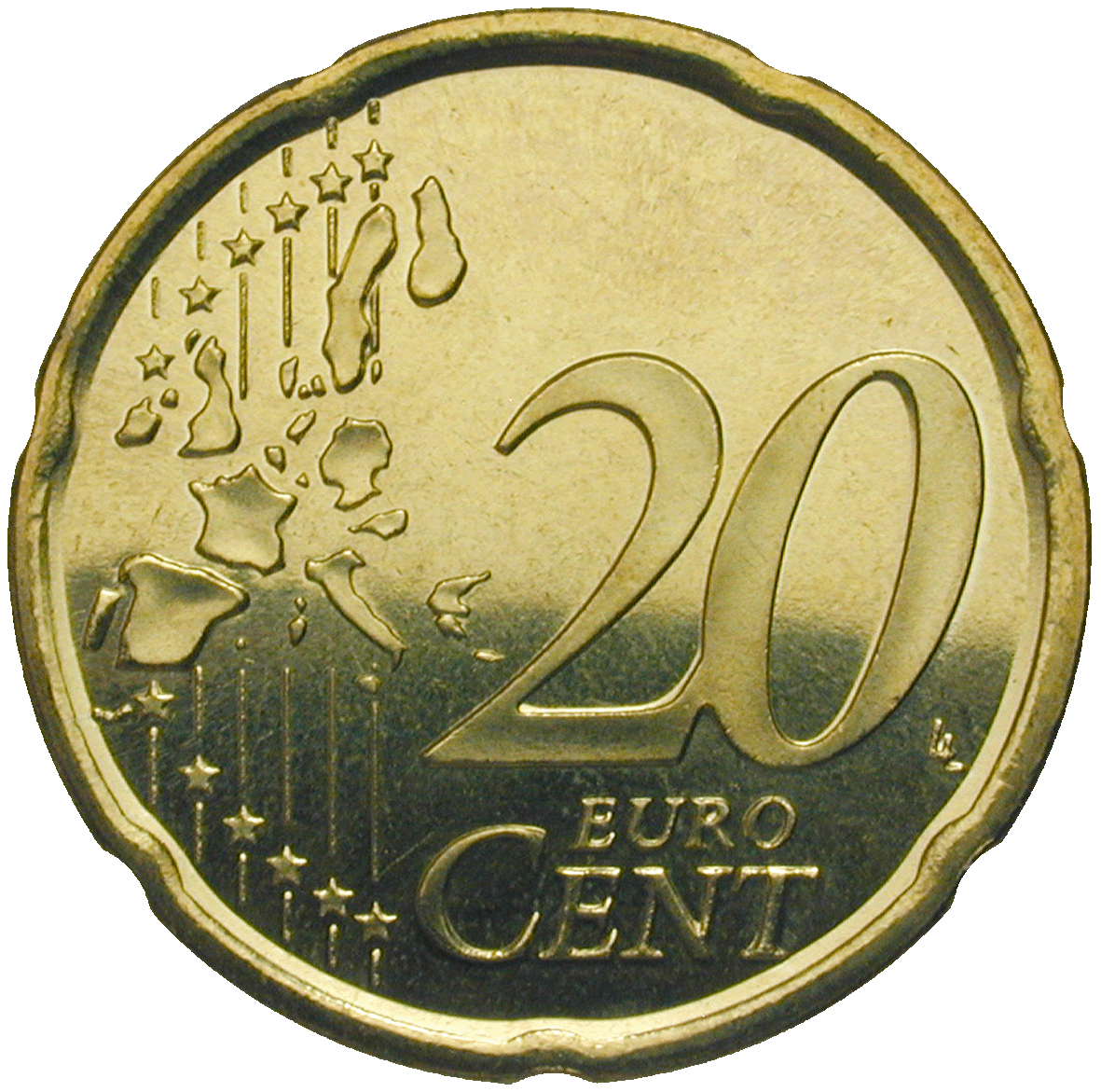 The Spanish euro-coins feature three different designs for each of the three series of coins. The middle series of 10, 20, and 50 cent-coins were designed by Begoña Castellanos and portray the Spanish writer Miguel de Cervantes (*1547, † 1616). Cervantes' magnum opus was "The Ingenious Hidalgo Don Quixote of La Mancha", first published in 1605 and 1615. "Don Quixote" is often considered the first modern novel, and a classic of Western literature. It regularly figures among the best novels ever written.