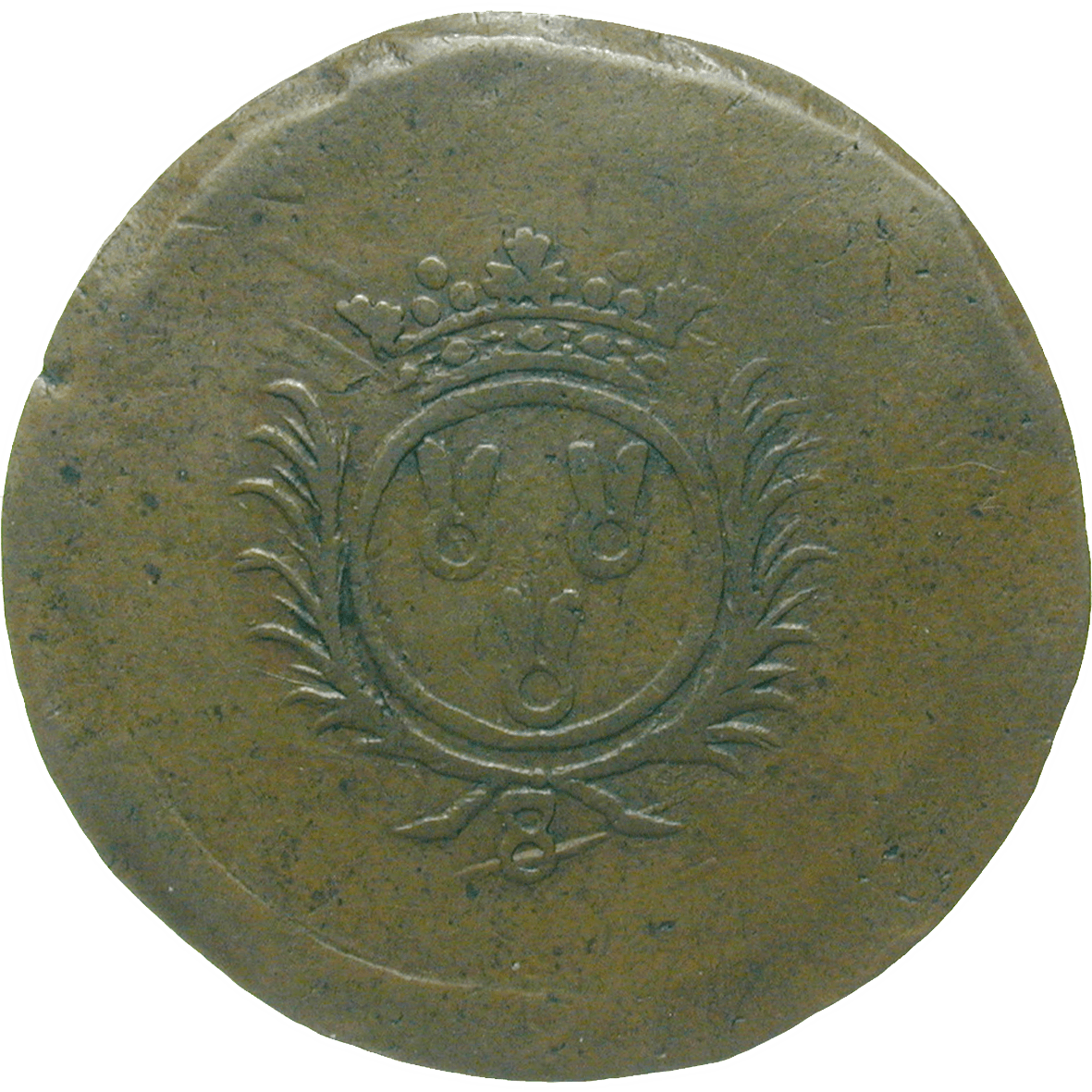 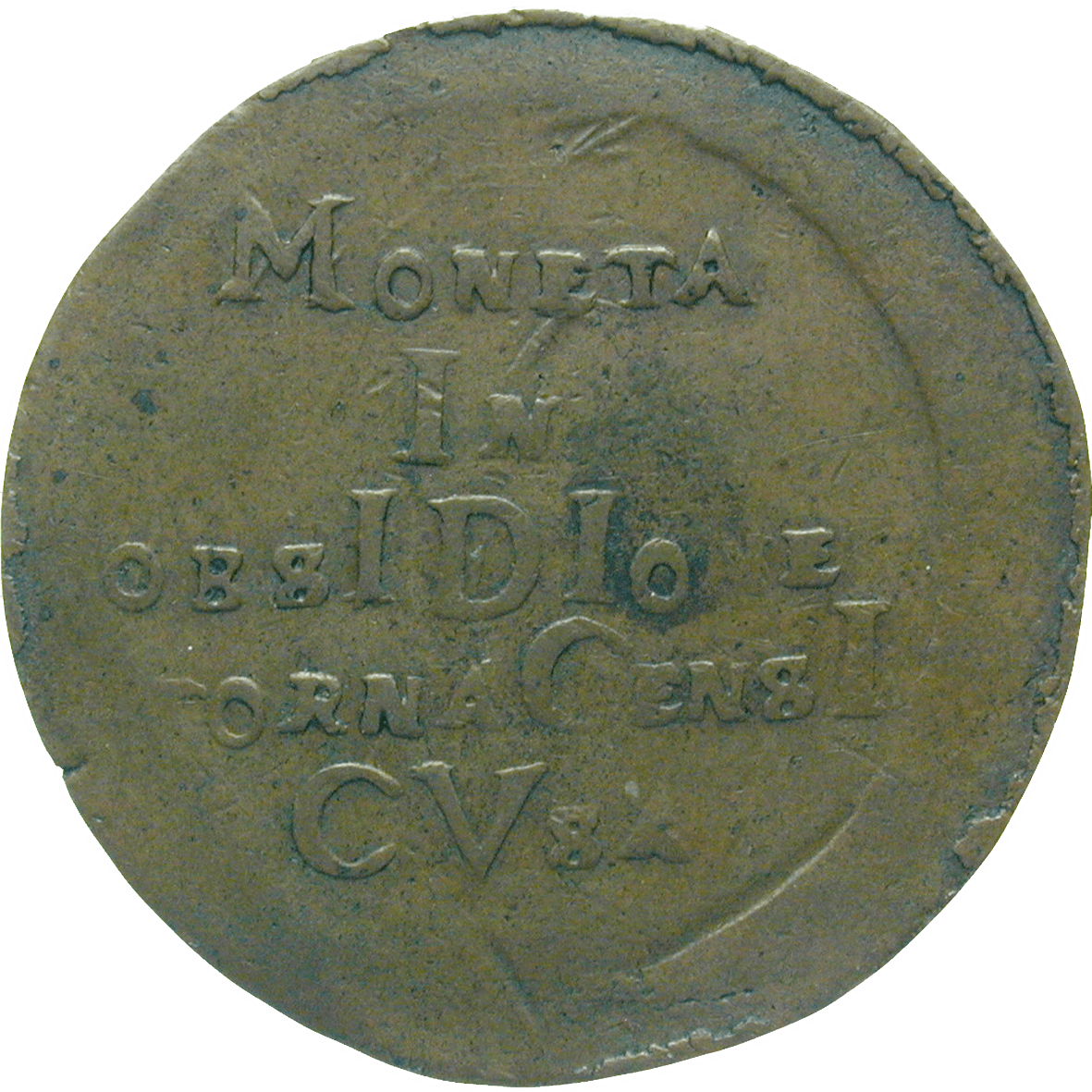 The Spanish War of Succession from 1701 to 1714 was about the legacy of the last Spanish king from the House of Hapsburg, Charles II, and thus about no less than the power over half of Europe as well as over a vast colonial empire, mostly in America. On the one side stood the House of Bourbon, the royal house of France, on the other side the Holy Roman Empire and thus the House of Hapsburg. In the end France succeeded to install Philip V as king of Spain, the first Bourbon on the Spanish throne. In the course of the war, the city of Tournai was besieged in 1709. The blockade lasted for four weeks, during which the city issued emergency coins. They bore the inscription MONETA IN OBSIDIONE TORNACENSI CVSA, money struck on the occasion of the siege of Tournai.