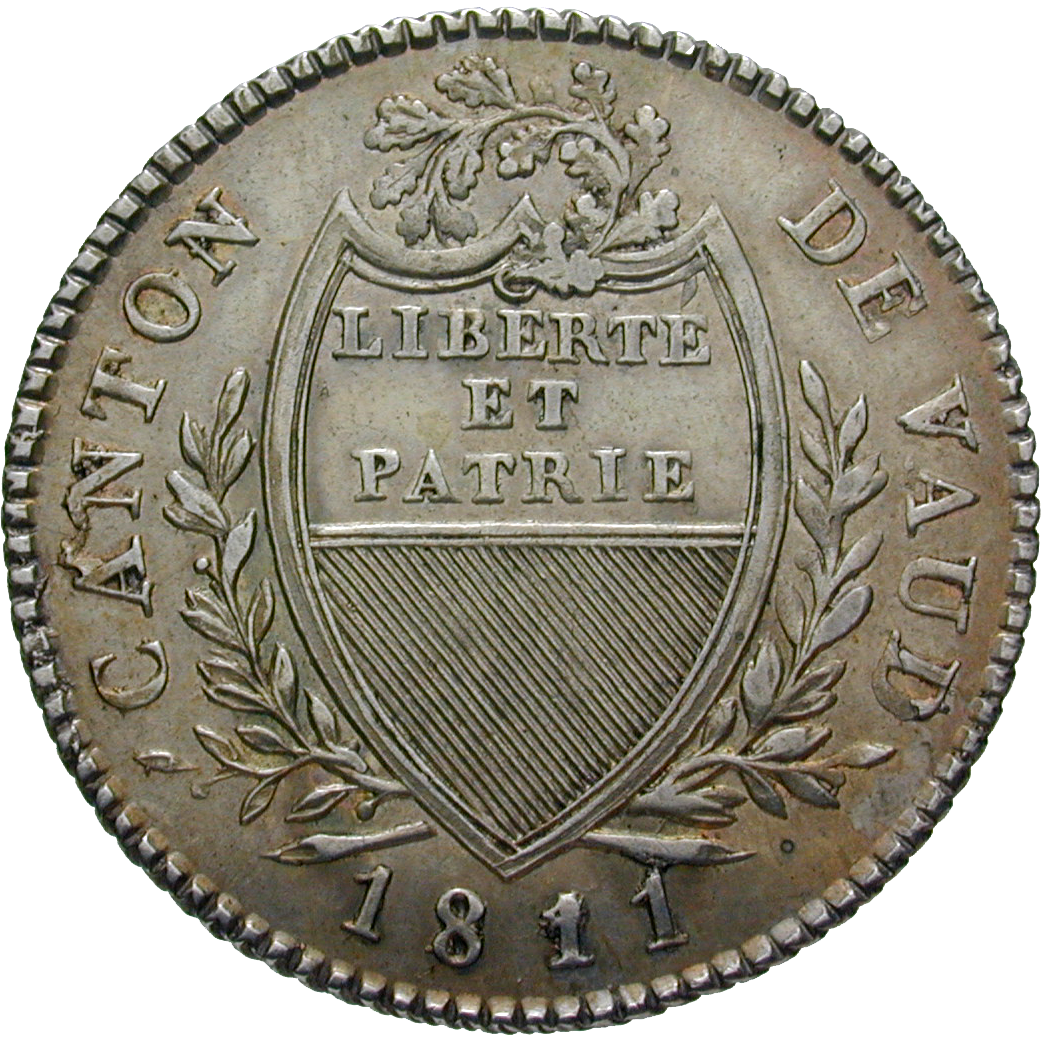 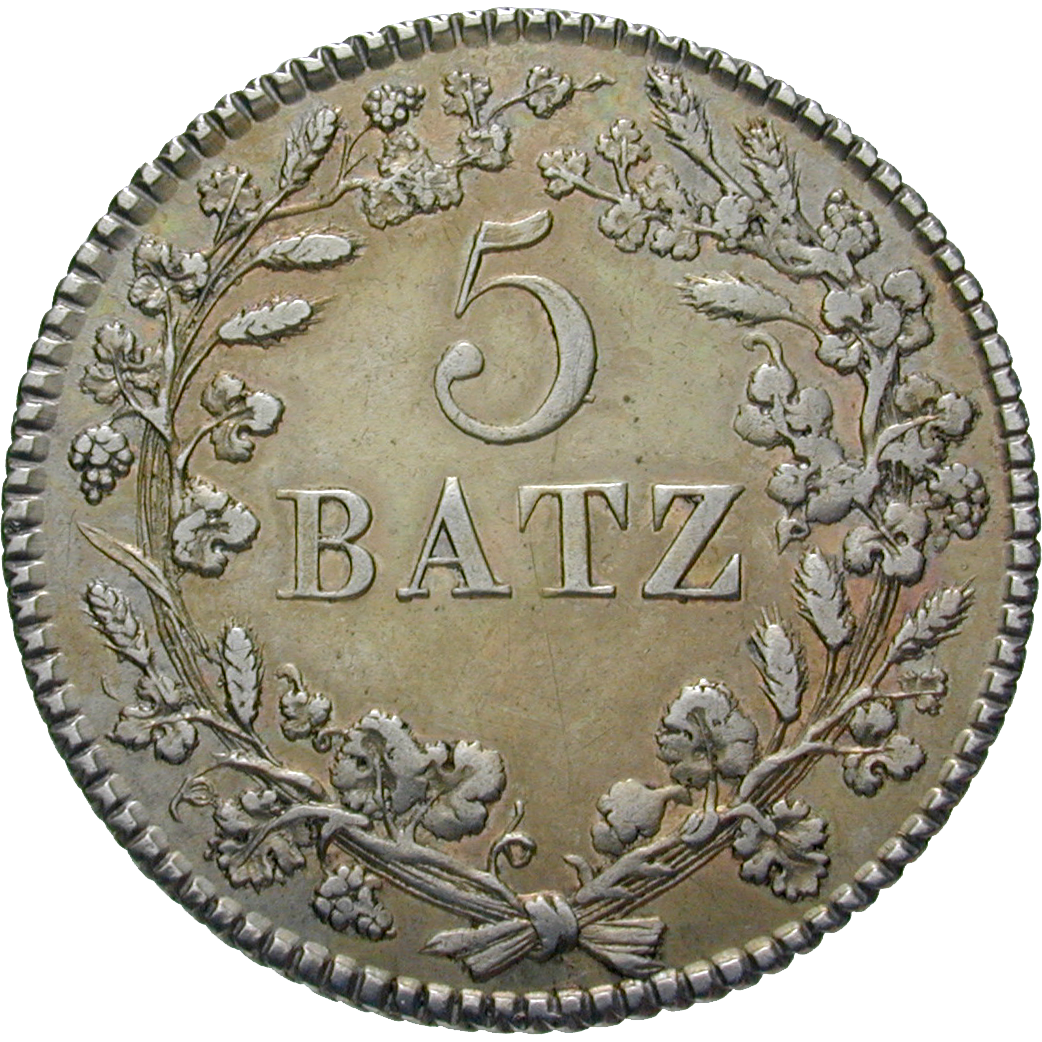 When Napoleon Bonaparte proclaimed the Helvetic Republic in 1798, he decreed several coinage acts. One of the principles of the newly implemented Swiss coinage was the fact that the Swiss coins were to be based on the coinage system of Berne, and that the new Swiss franc was to be divided decimally: 1 franc held 10 batzens and 100 rappens. Hence, during the five years of the Helvetic Republic, Helvetic coins were issued according to the Bernese coinage system. The monetary standardization of Switzerland dissolved together with the Helvetic Republic, however, and the right of coinage fell back to the single Swiss cantons. But the franc and its divisions remained in existance. This was the reason why the newly created Canton of Vaud in 1804 issued cantonal coins in Bernese stile with the motto "Liberty and Fatherland" on the canton's coat of arms.