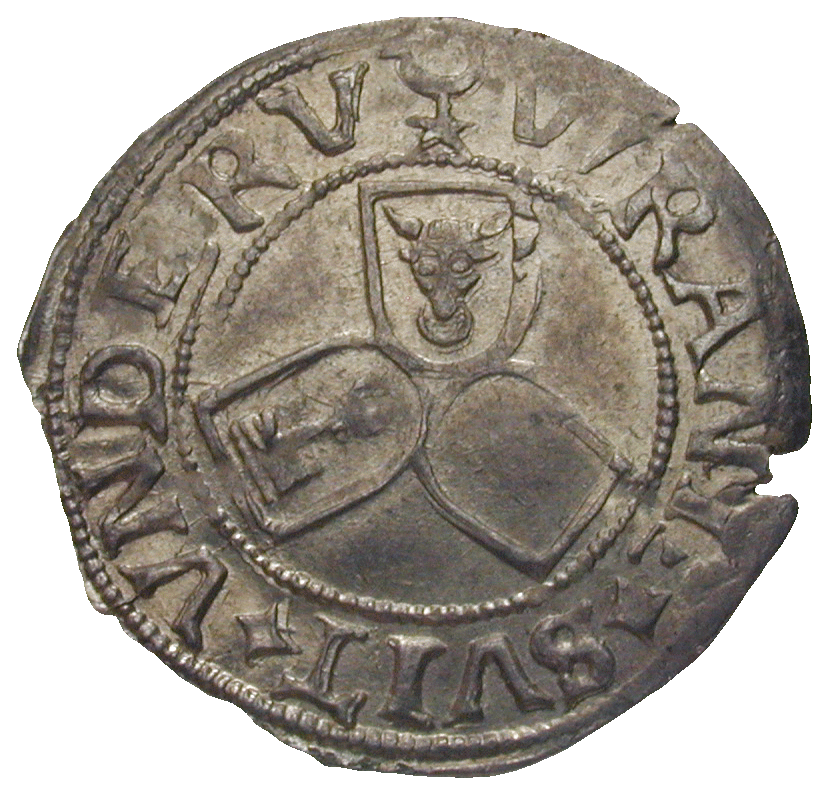 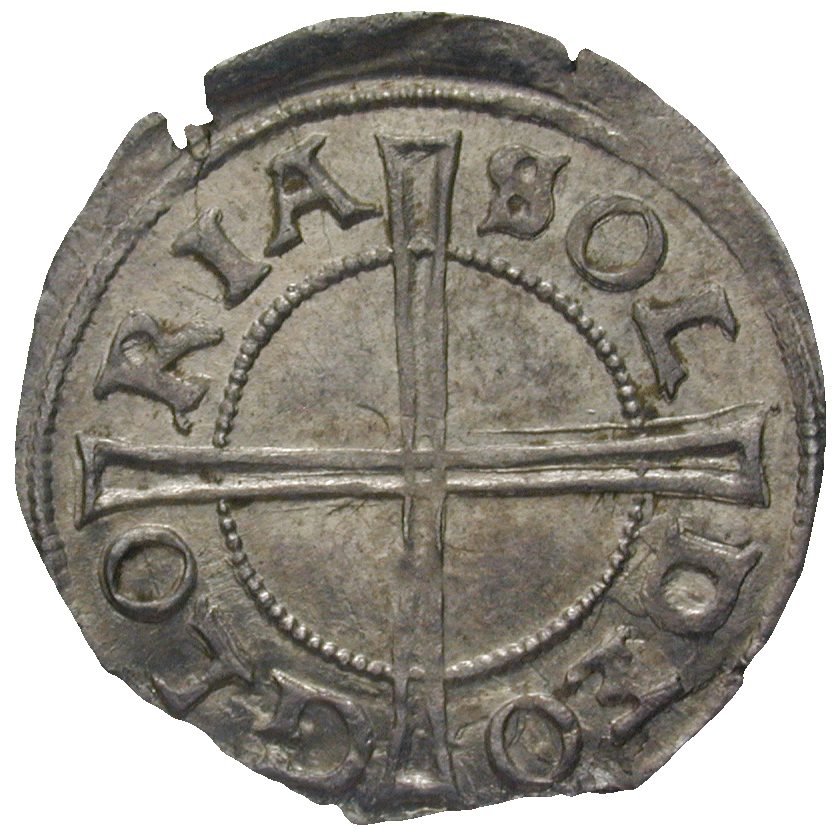 The three Alpine cantons of Uri, Schwyz and Unterwalden, began to issue collective coins early on. They shared a mint in Altdorf, where coins were struck from 1548. The issued denominations covered a wide range – from talers over dickens to groschens, half batzens, double vierers, kreuzers, schillings and angsters. This piece is a double vierer (a double piece of four), a small silver coin worth 4 rappens. During the late middle ages such coins were common in the region around Basle and the Lake of Constance as well as in central Switzerland. They were popular because everybody accepted them trustingly – after all, the coinage authorities guaranteed for their value with their coat of arms depicted on the obverse.