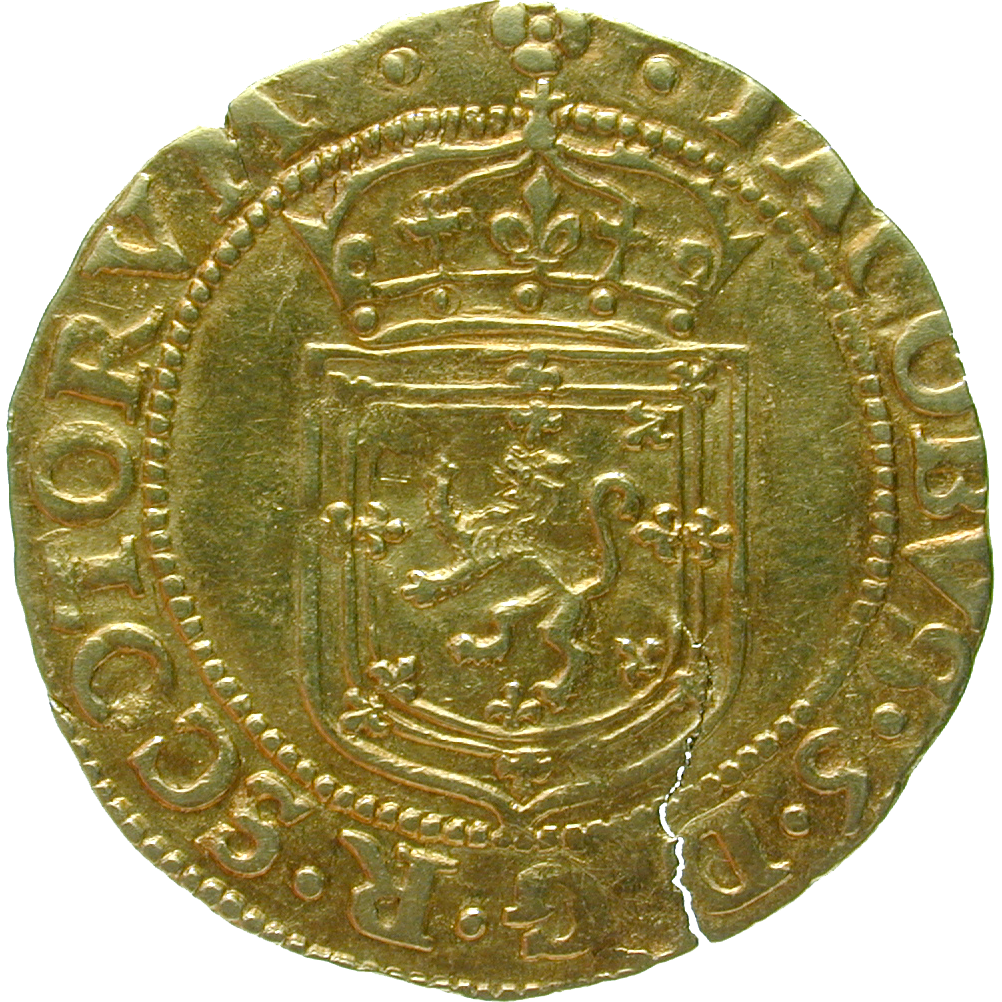 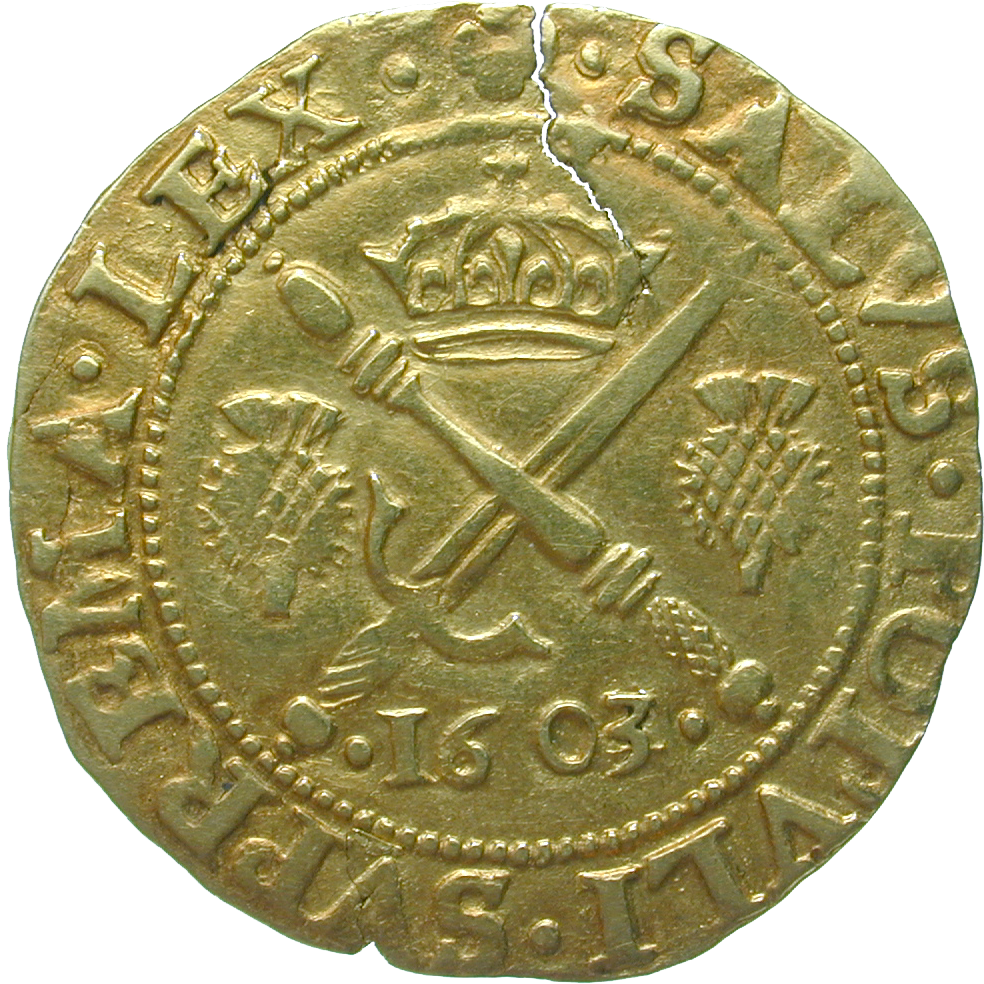 In 1567, at the age of only thirteen months, James VI Stuart ascended to the Scottish throne (until 1625). 35 years later, with the death of Queen Elizabeth I of England, the English crown devolved upon him too. Of all people it was thus James, the son of Elizabeth's archenemy Mary Stuart, who under the name of James I became the first king to reign over the united realms of Scotland and England.

James Stuart was a highly educated man and a great lover of coins. He constantly introduced new denominations and coin types – of gold alone, counting fractional pieces, he issued eleven different coins with seven different designs. This coin is a sword and scepter piece, named after the image on the reverse. The obverse depicts the coat of arms with the Scottish lion. These coins were minted from 1601 to 1604.