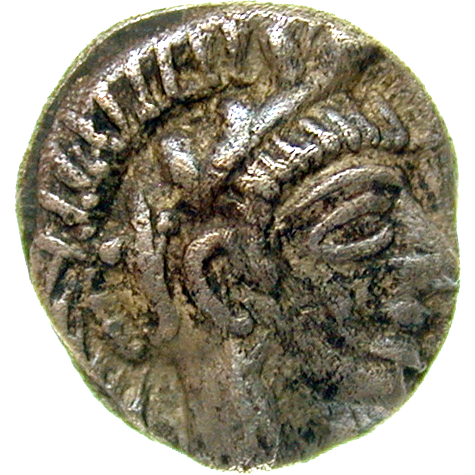 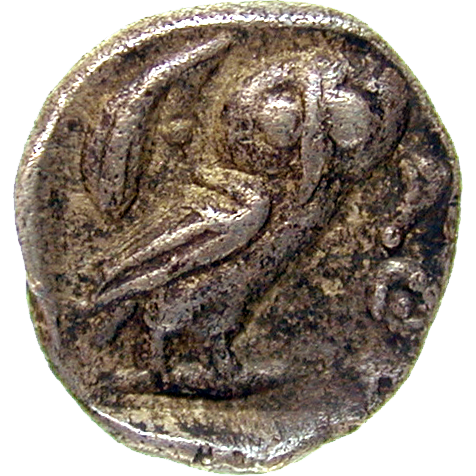 Around the mid-5th century BC Athens produced coins in great quantities and in many different denominations. Large tetradrachms were commonly used for trade; their value corresponded to approximately the average income of a week.

The drachm was divided into 6 oboloi and used for payments like salaries: 3 oboloi, or half a drachm, was paid to those who participated in the gathering of the citizens. The smallest denominations like this hemiobol, a half obol, were used for daily expenses and purchases.

The tiny hemiobol shows the typical Athenian coin design, the same as the large tetradrachms. The obverse features the head of the goddess Athena, while the reverse bears her attribute, the owl.