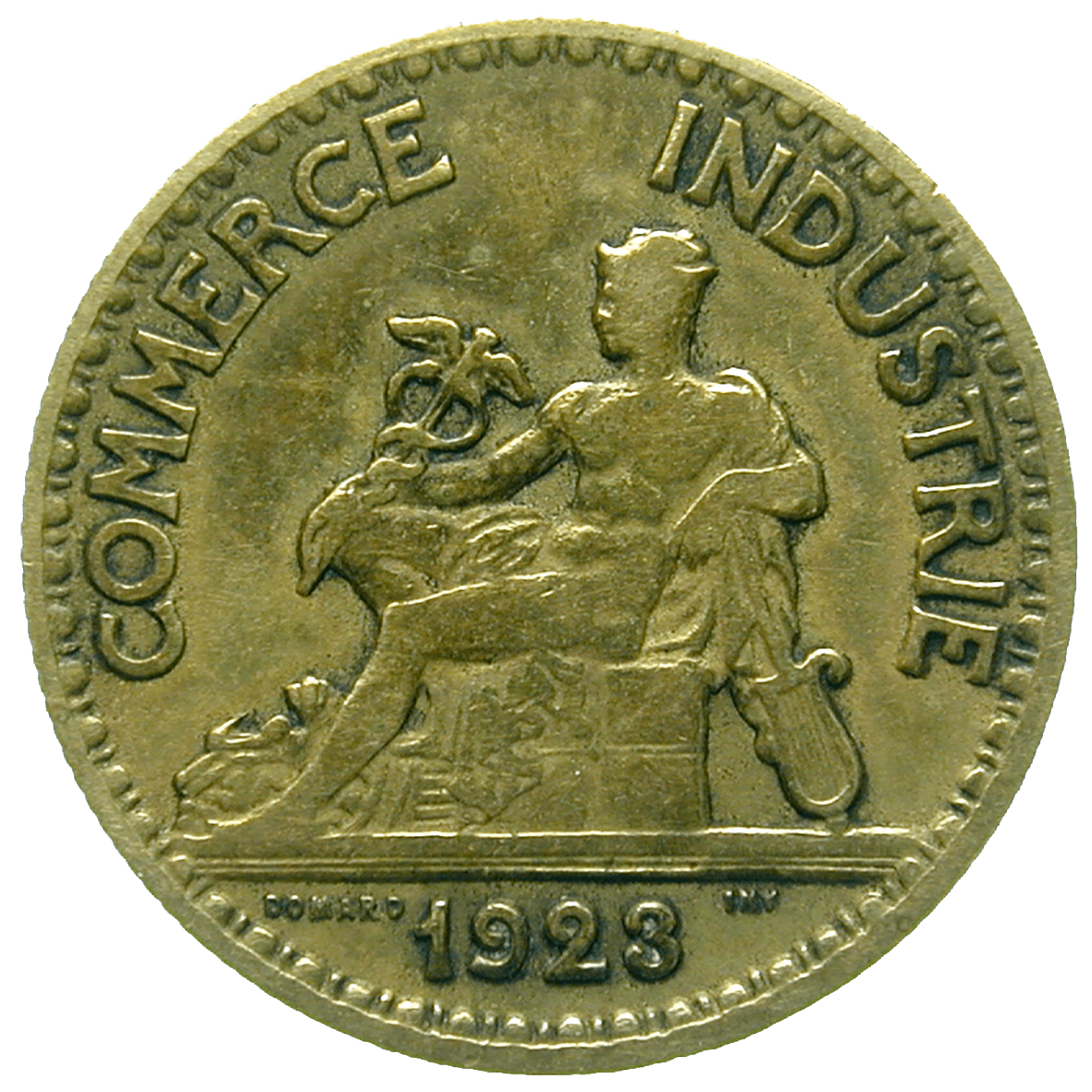 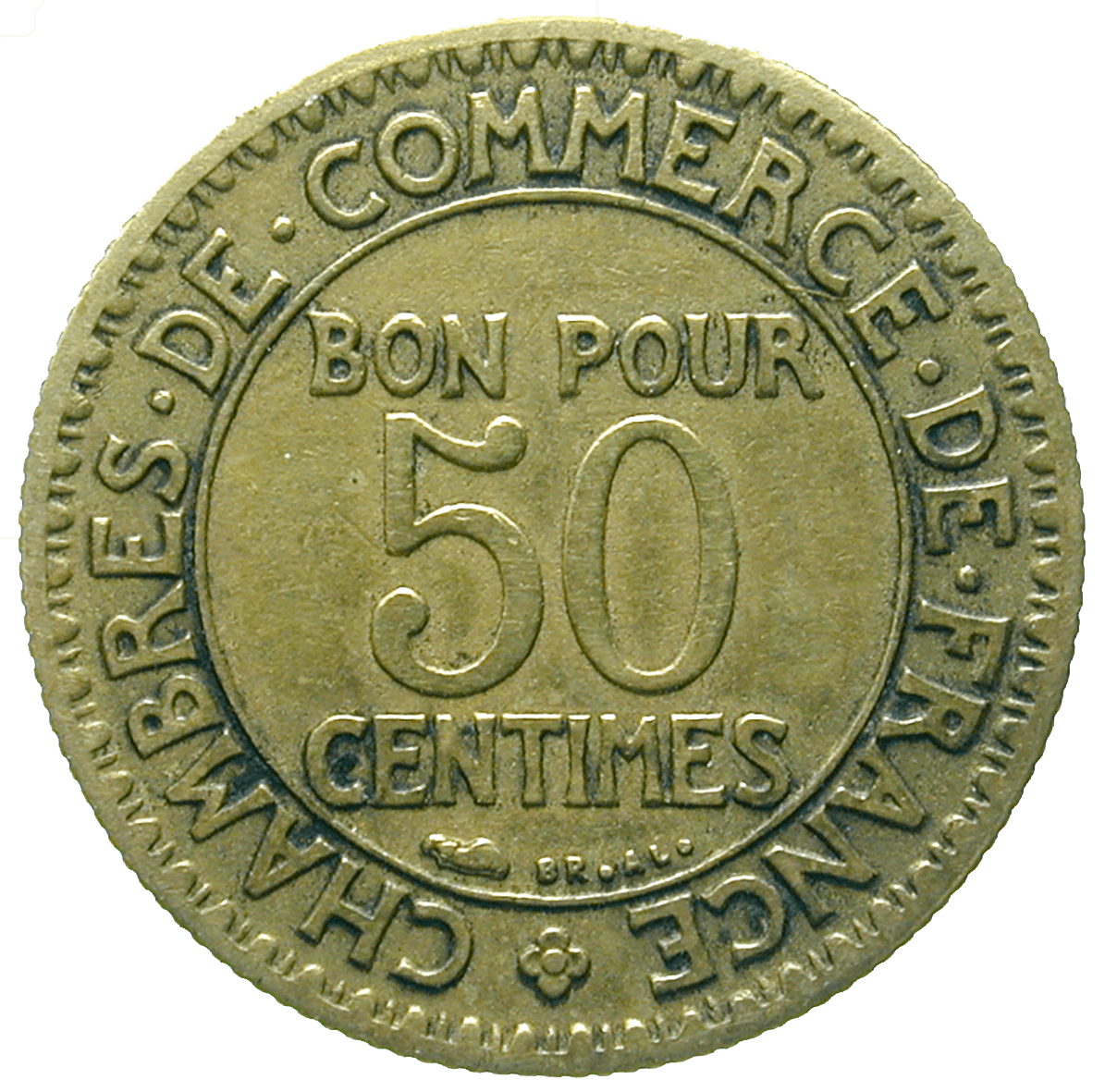 Towards the end of the First World War in the year 1918, France suffered from a shortage of small coins. But shortly after the war, the country was insolvent and could not afford to mint silver coins. The Ministry of Finance, on the other hand, would not condescend to the issue of emergency money. For that reason the French government only struck divisional coins from 5 to 25 centimes in the postwar years. These small denominations had always been made from copper-nickel – a cheap material that even wartorn France could afford. The issue of denominations that had been made from silver before the war was delegated to the country's chambers of commerce. The coins were to be made from aluminum bronze and to bear the inscription "Bon pour …" ("voucher for …"). Hence it was clear that they were not official French money, but merely compensatory issues.