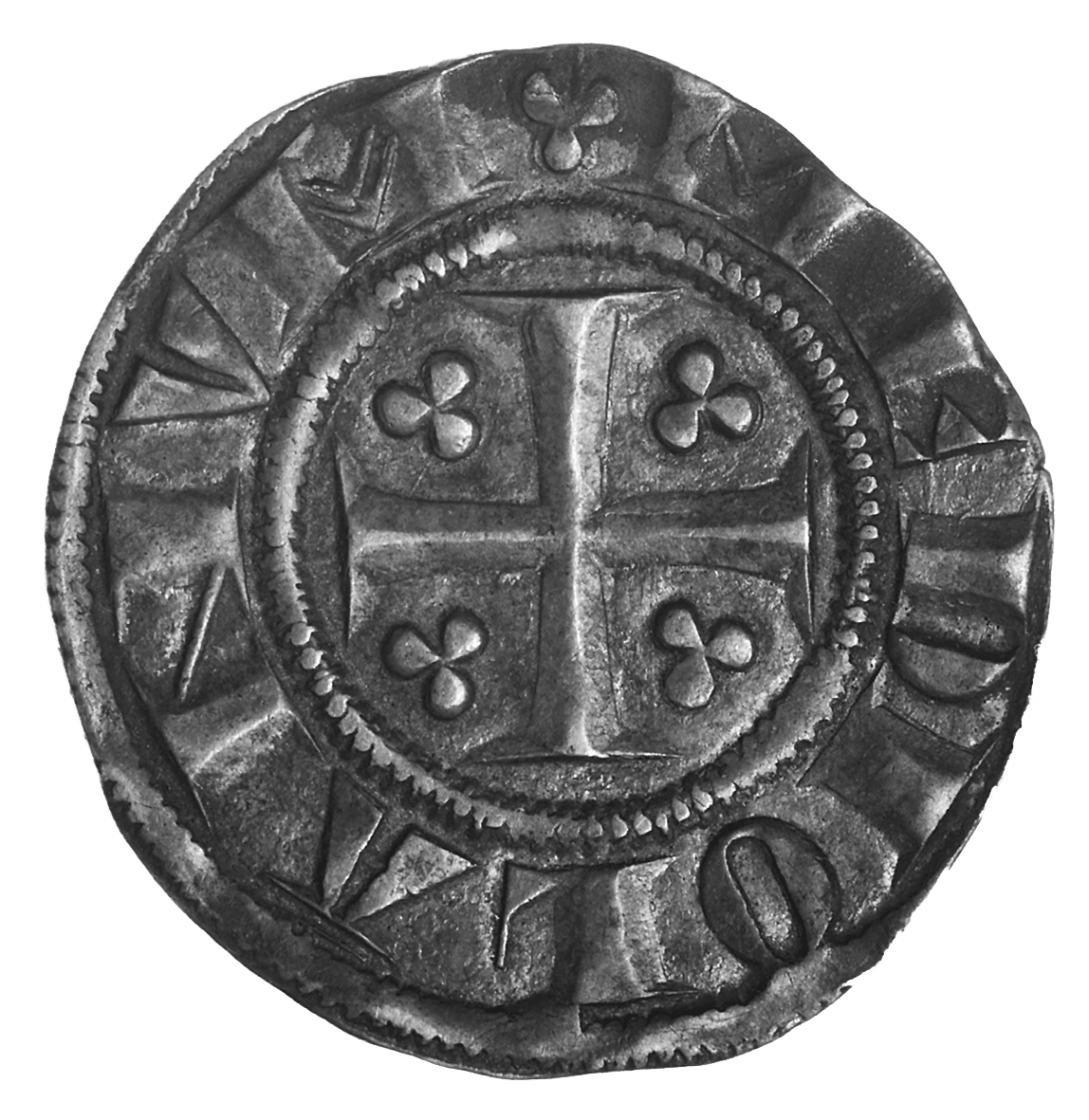 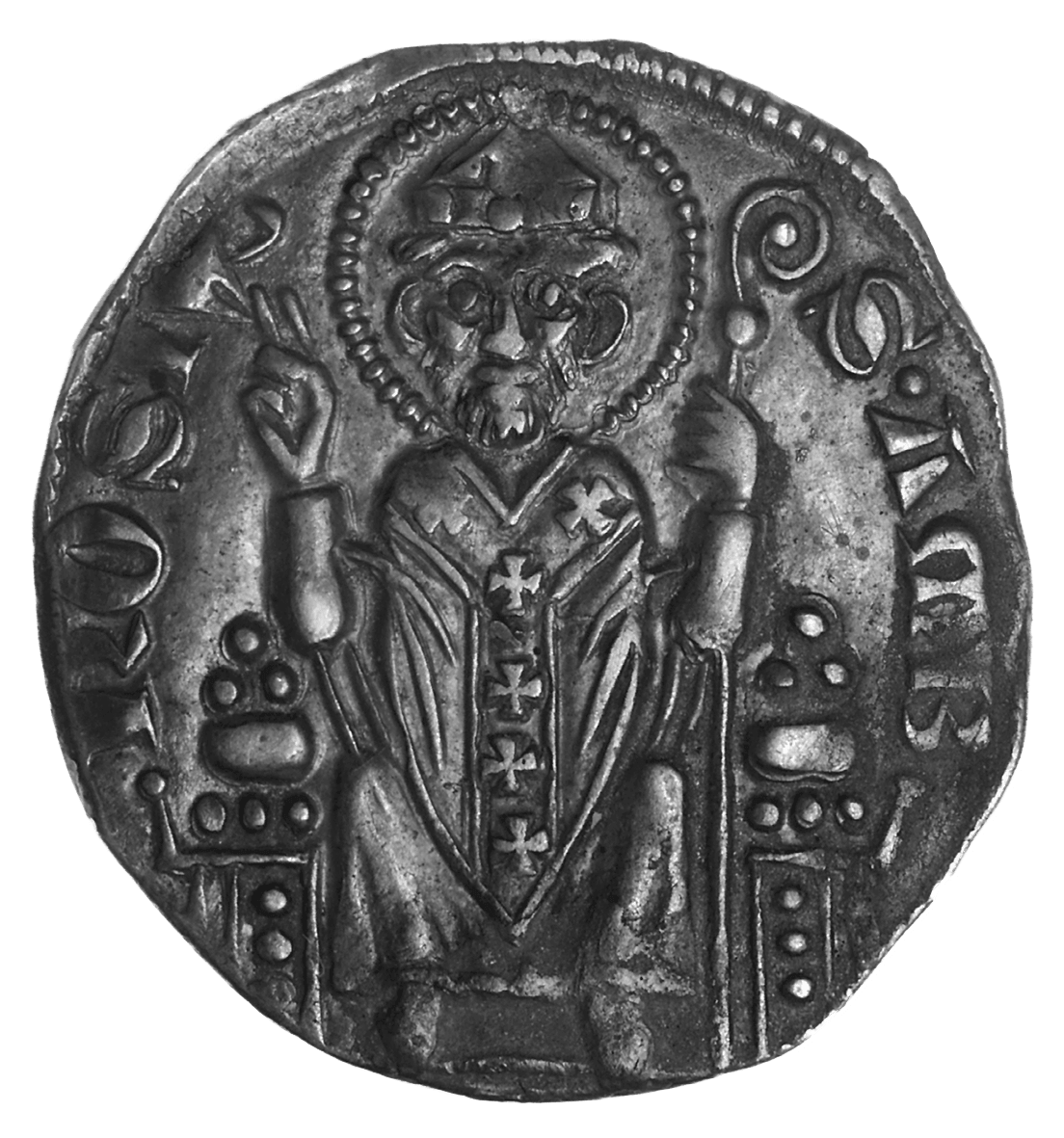 During the first half of the 14th century the coinage of grossi spread over the whole of northern Italy. The coin images were often copied from the denari, merely accordingly enlarged. The obverse of this grosso from Milan is styled after the old pfennigs. The reverse, on the other hand, emerged around 1250 for the first time. It depicted Saint Ambrose who had been bishop of Milan in the second half of the 4th century. Saint Ambrose was said to have worked many wonders. He composed numerous scriptures and is held as one of the four doctors of the western church.