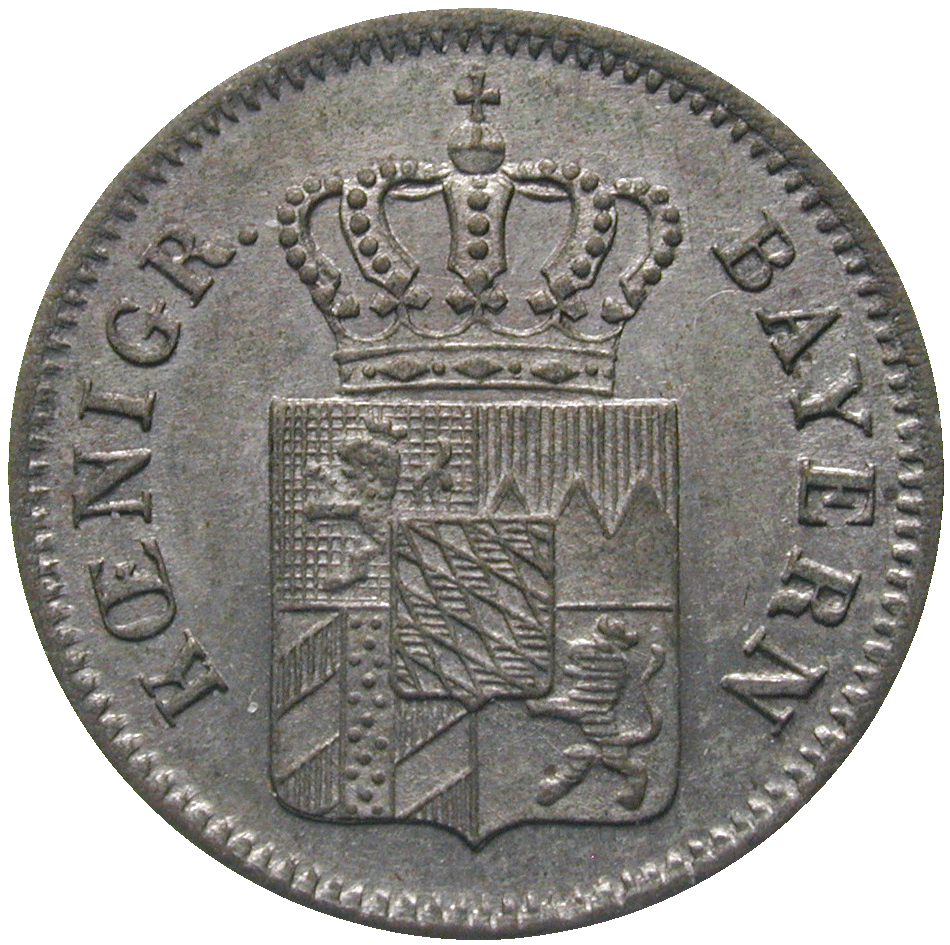 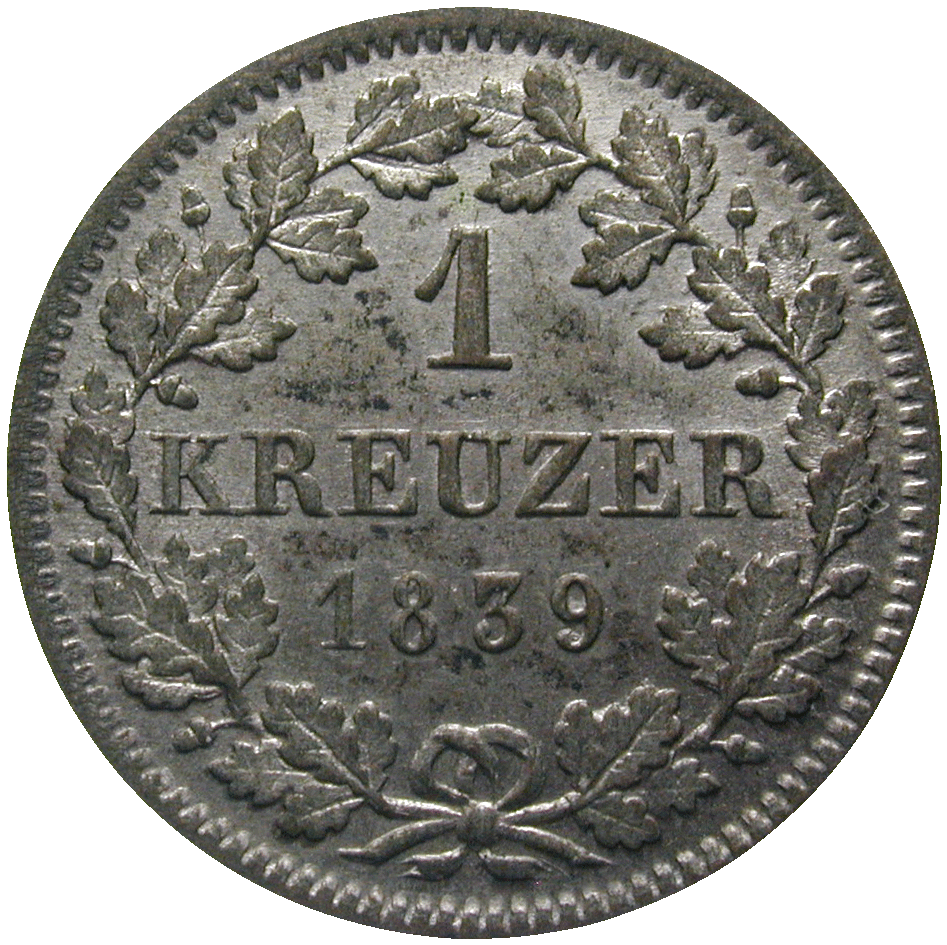 The issuer of this kreuzer was Ludwig of Bavaria (1825-1848), who was also the founder of the world's largest public festival, the Oktoberfest in Munich. The first Munich beer festival took place on the occasion of Ludwig's wedding with Princes Therese of Saxe-Hildeburghausen.

Beer has always had a high value in Bavaria. The rise of the beer price has repeatedly led to heavy unrests throughout the land. While the citizens accepted an increase of the bread price in 1844, riots broke out when Ludwig also raised the price of beer by a pfennig. During the so-called beer revolution thousands of people stormed the breweries of Munich and destroyed them. The military, called in for help, refused to act against the rioters. After that Ludwig not only withdrew his price rise, but even lowered the beer price from 6 1/2 to 5 kreuzers to, as he said, "offer a healthy and cheap drink to the workers and the military".