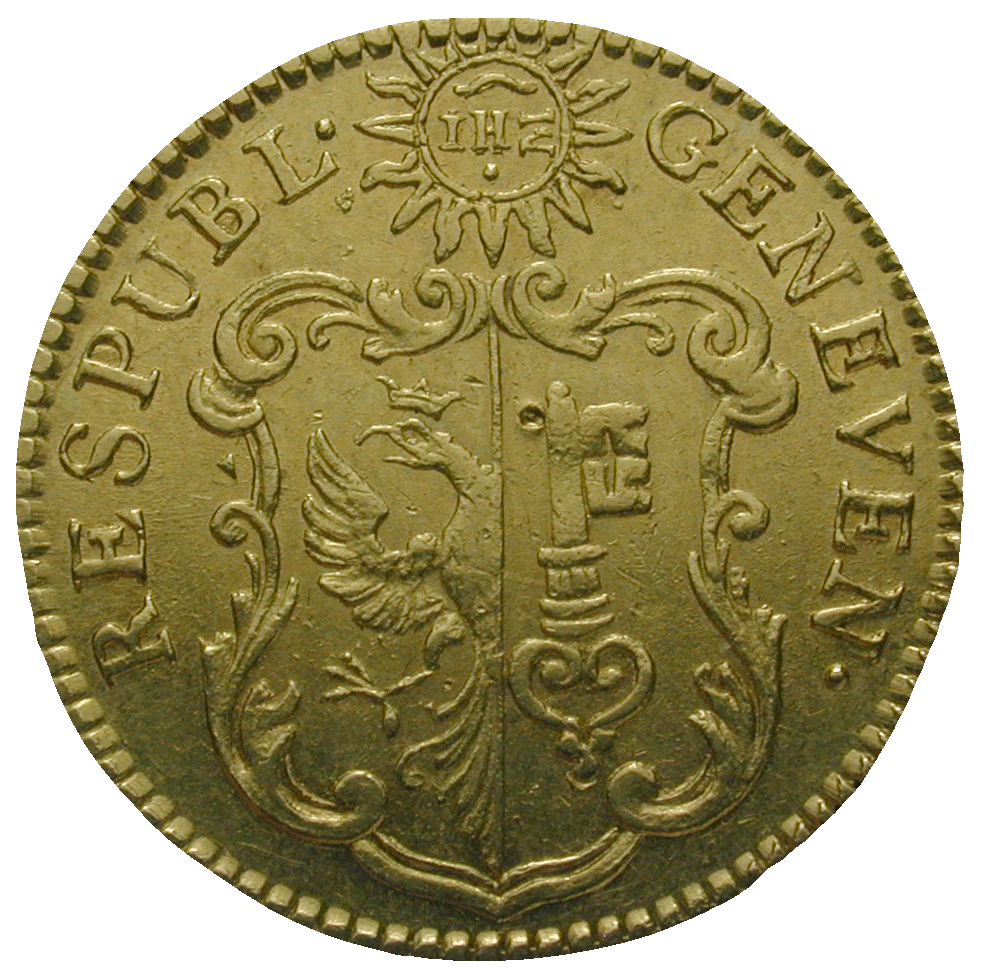 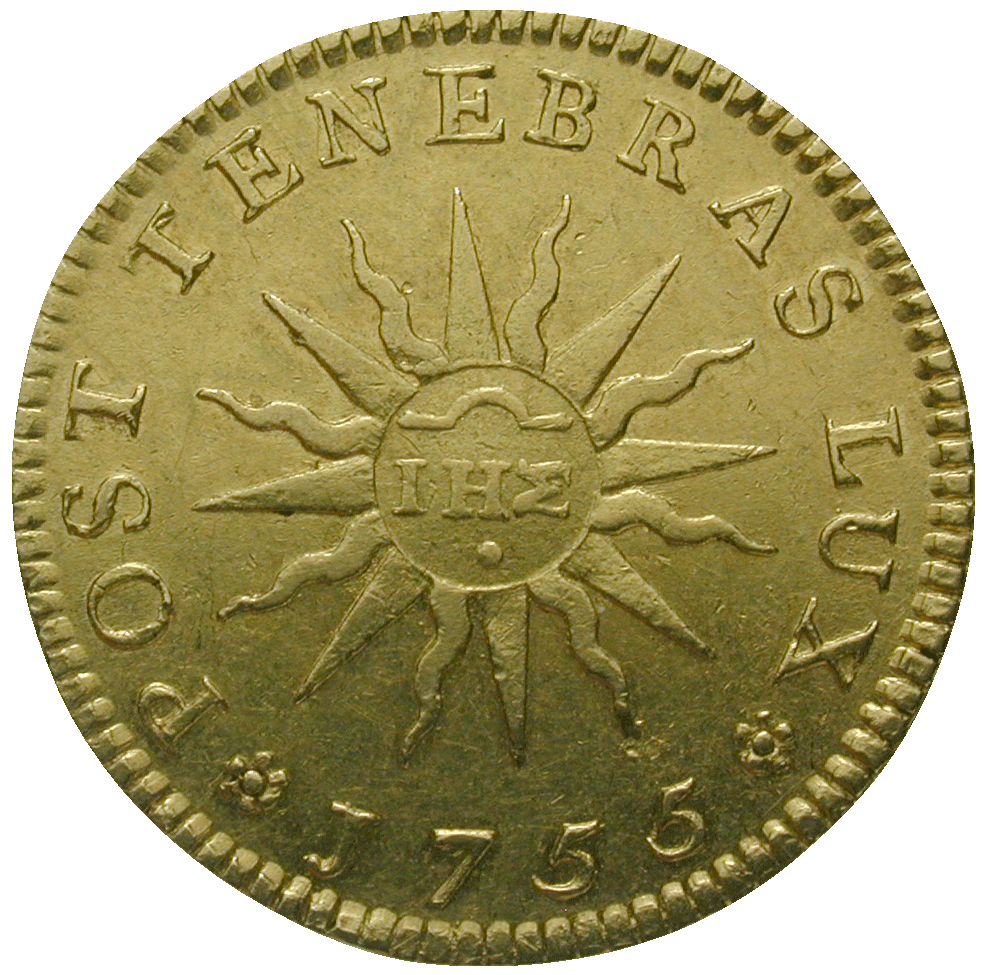 In 1535, Geneva introduced the Reformation. In the same year, the city took up her own coinage. The first issues were made of silver that stemmed from smelted churchly silverware. Five years later, Geneva began to mint golden coins as well. Initially ecu d'ors were issued for trade with France. Later, the coinage of the ecu d'or was given up in favor of the ecu pistolet. Again some years later, in 1633, Geneva started to mint pistoles. This denomination eventually prevailed; in the 18th century, pistoles were the only gold coins that Geneva issued. Contrary to the denominations, the design on Geneva's coins hardly changed over the centuries. Virtually all pieces depict the city's coat of arms, the motto POST TENEBRAS LUX (after darkness [there will be] light), and a sun with a monogram of Christ in the center.