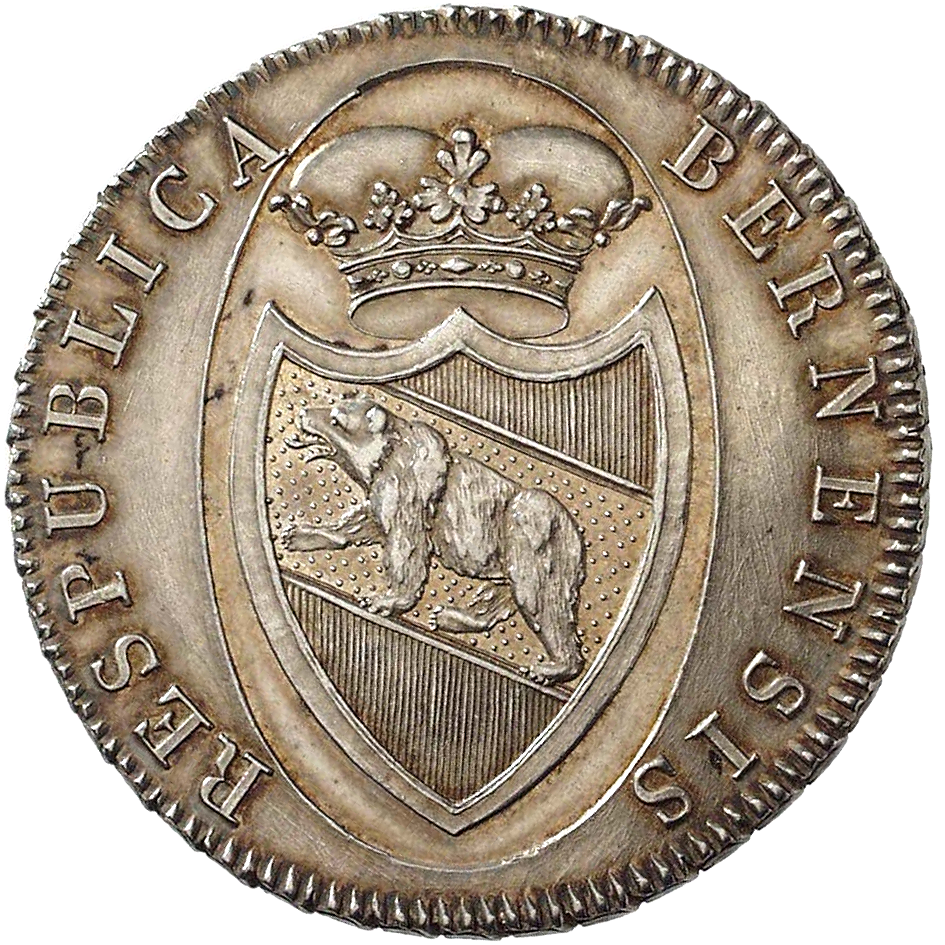 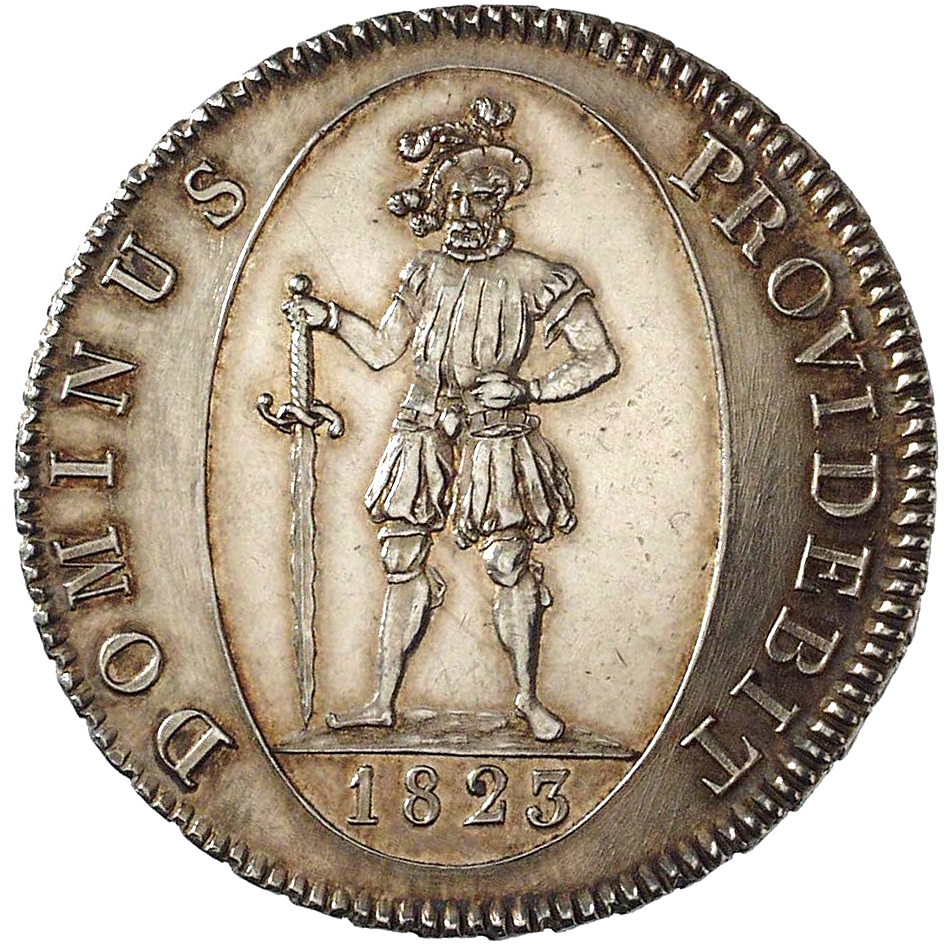 This new taler (Neutaler) from Berne shows the typical motifs of the city's coins in early modern times, on the obverse the Bernese crest and on the reverse a Swiss mercenary.

These coins found their way into literature; as the Swiss poet Jeremias Gotthelf noted in his novel Die schwarze Spinne (The Black Spider) "the beautiful Bernese taler with the portly Swiss man" were frequently used as baptismal coins – as a presents given to a baby on the day of baptism by its godmother or godfather.

Jeremias Gotthelf also mentioned the value of these new talers. The hero of his novel Ueli der Knecht (Ueli the Farm Laborer) earned "30 crowns a year, 75 francs cash thus, as well as two shirts and a pair of shoes." Converted to a monthly salary this would have been about 62 1/2 batzen in cash or a little bit more than 1 1/2 new talers.