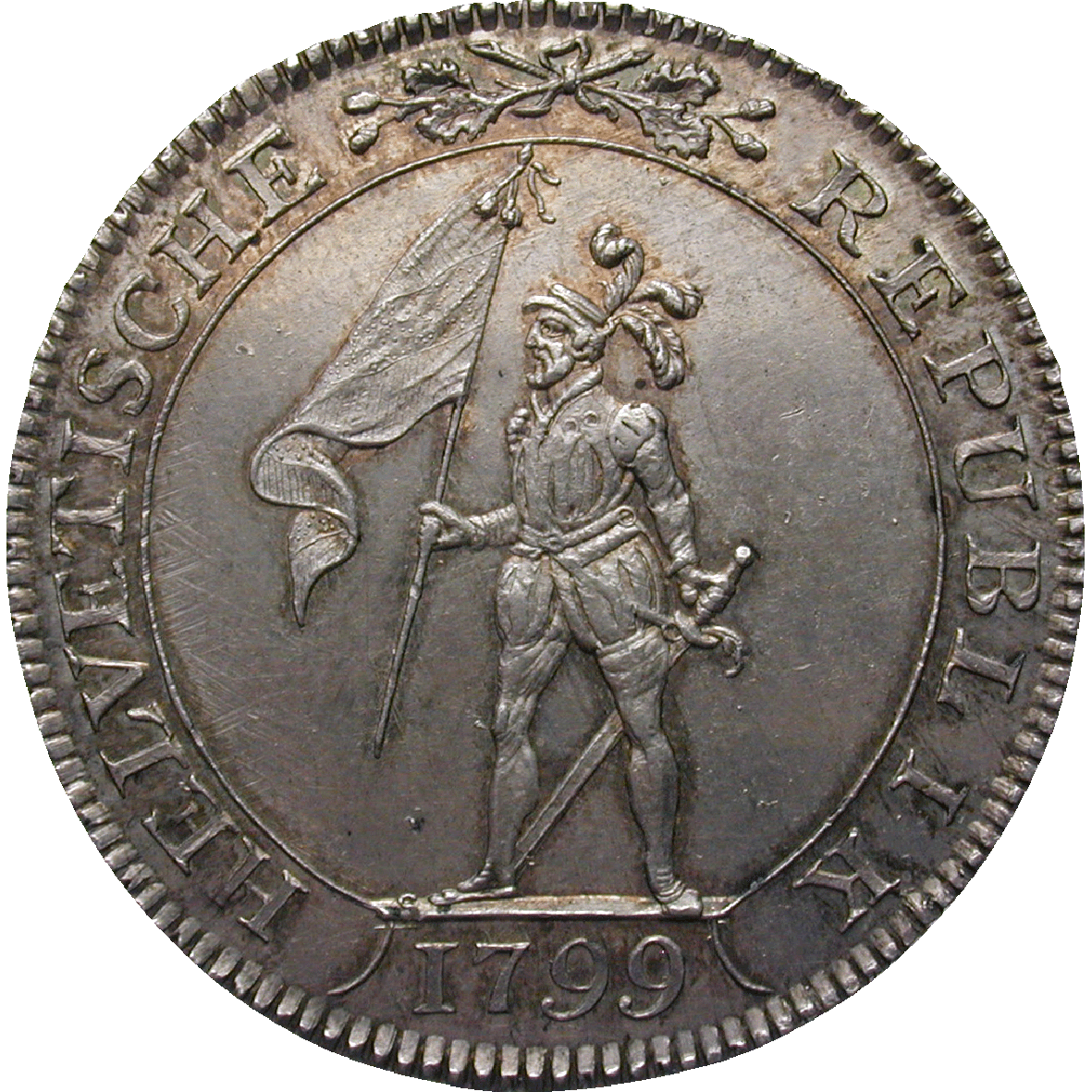 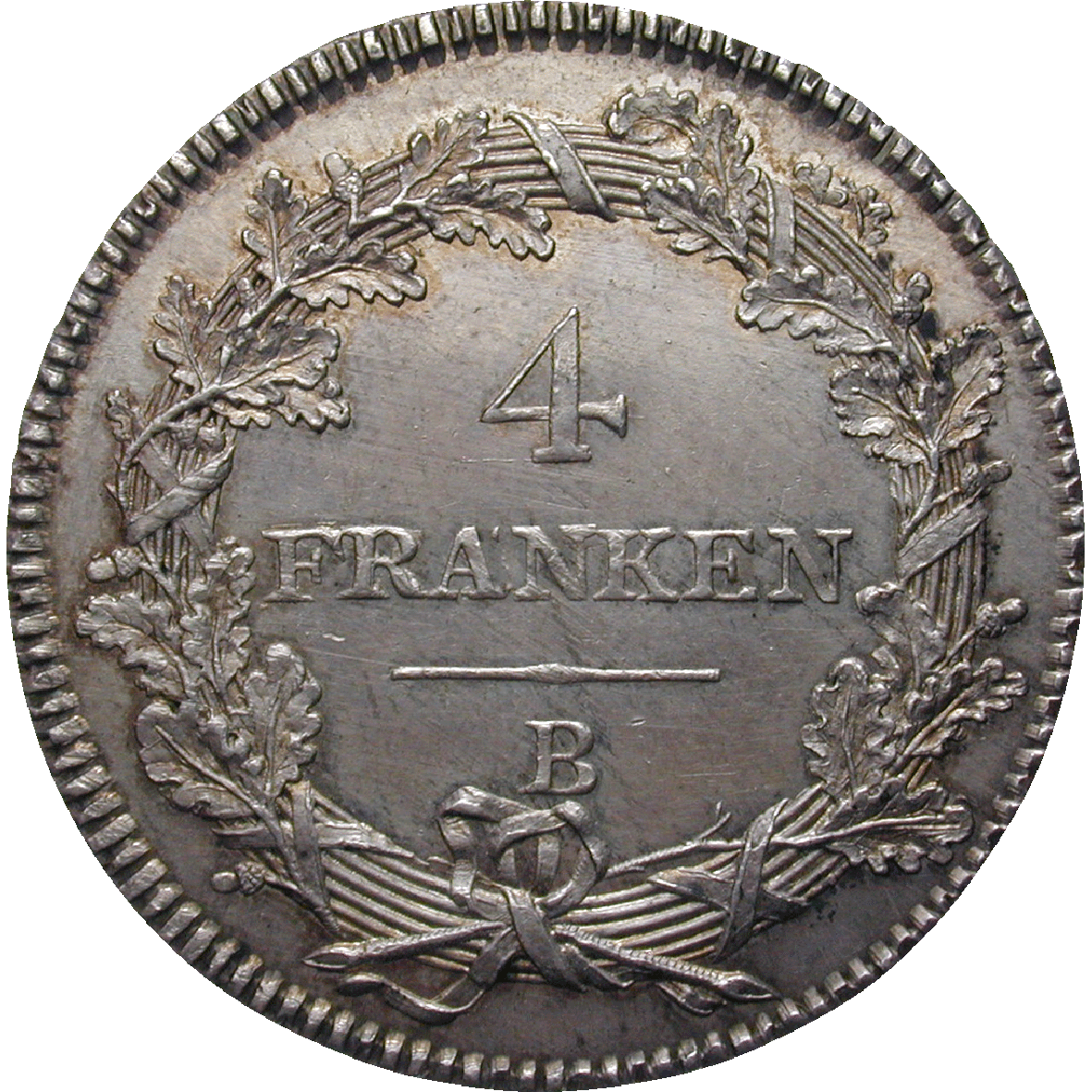 In spring 1798, Napoleon Bonaparte and his French troops overthrew the old Swiss confederation. In Zurich and Berne, Napoleon confiscated the state treasures and hauled them off to Paris. The cities were forced to accept the French-made constitution and to give up their respective currencies.

The experiment failed, however. The French had plundered Switzerland to an extent that it was unable to commence a large-scale coinage and replace the circulating coins of the ancien régime. The old coins thus continued to circulate. The attempt to establish a uniform Swiss currency had been unsuccessful. Formally it ended in 1803, when Napoleon reestablished the sovereignty of the cantons in his Act of Mediation – including their right of coinage, of course.