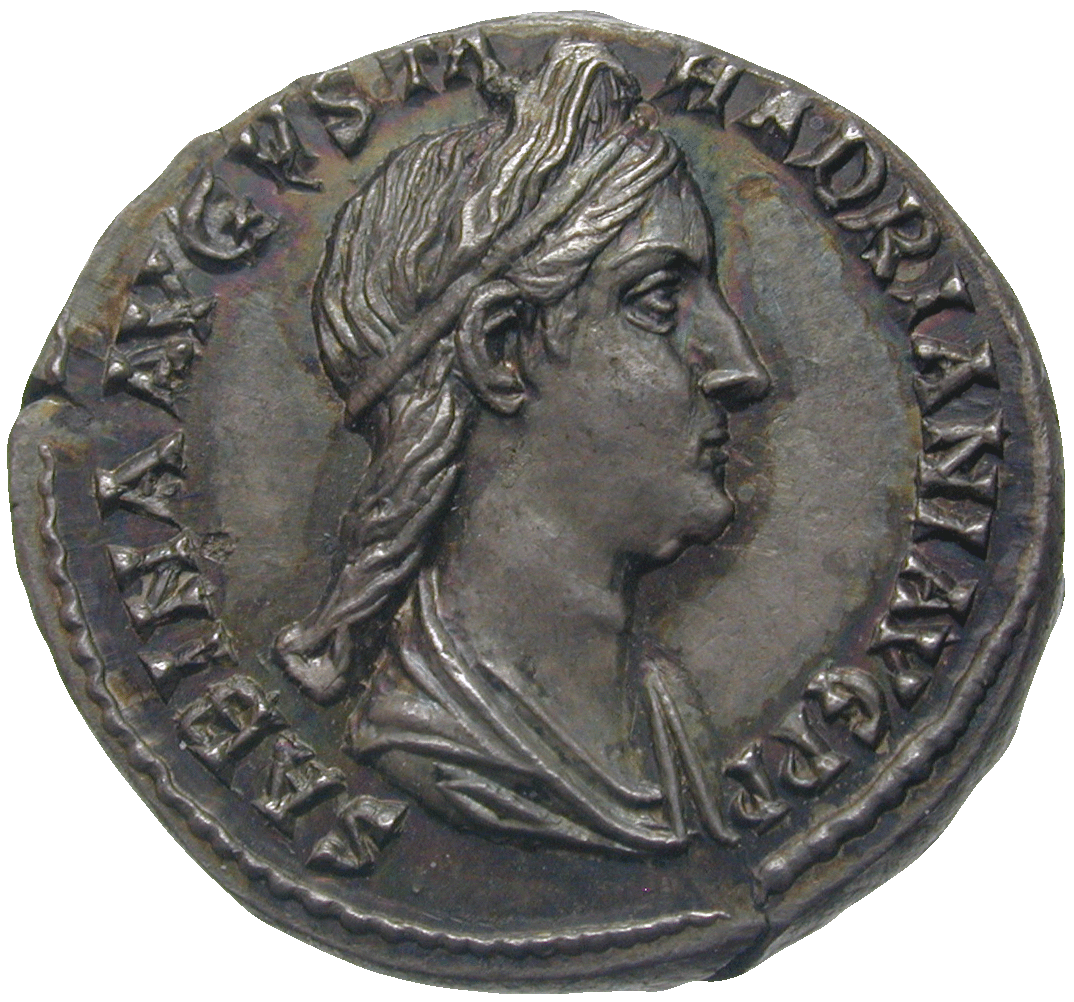 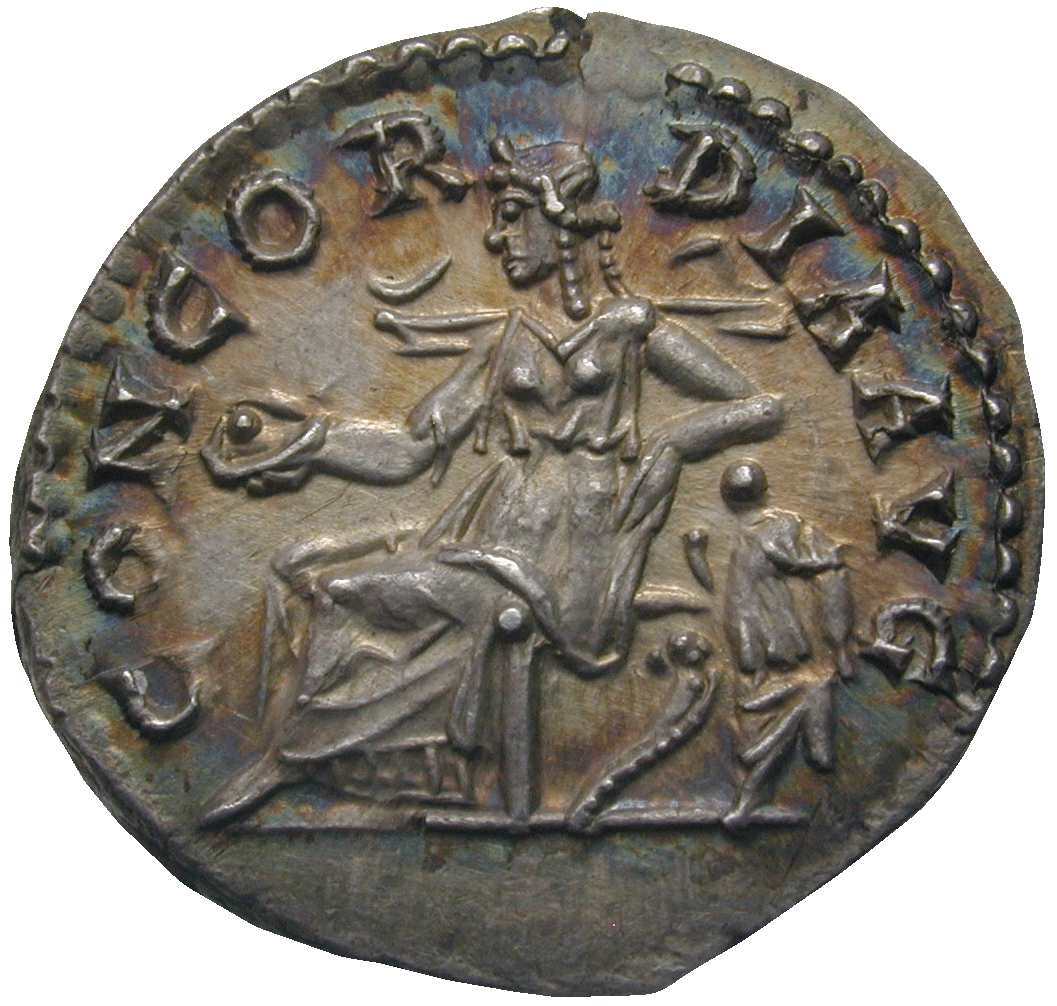 Concordia Augusti, harmony among the emperors. On Roman coins, this reverse design is often connected with obverses dedicated to female members of the imperial dynasty. In the higher social circles of Rome, marriages were usually used as means to collateralize alliances of the fathers. Politicians gave the hands of their daughters to other politicians they wanted to bind. The emperors were no exception, of course.

Trajan, for example, gave Vibia Sabina into marriage, the granddaughter of his sister. He married her off to Hadrian (117-138), whom he anticipated as his successor. Love did not count where politics were involved. The marriage of Sabina and Hadrian remained unfruitful and was, according to our antique sources, very unhappy.