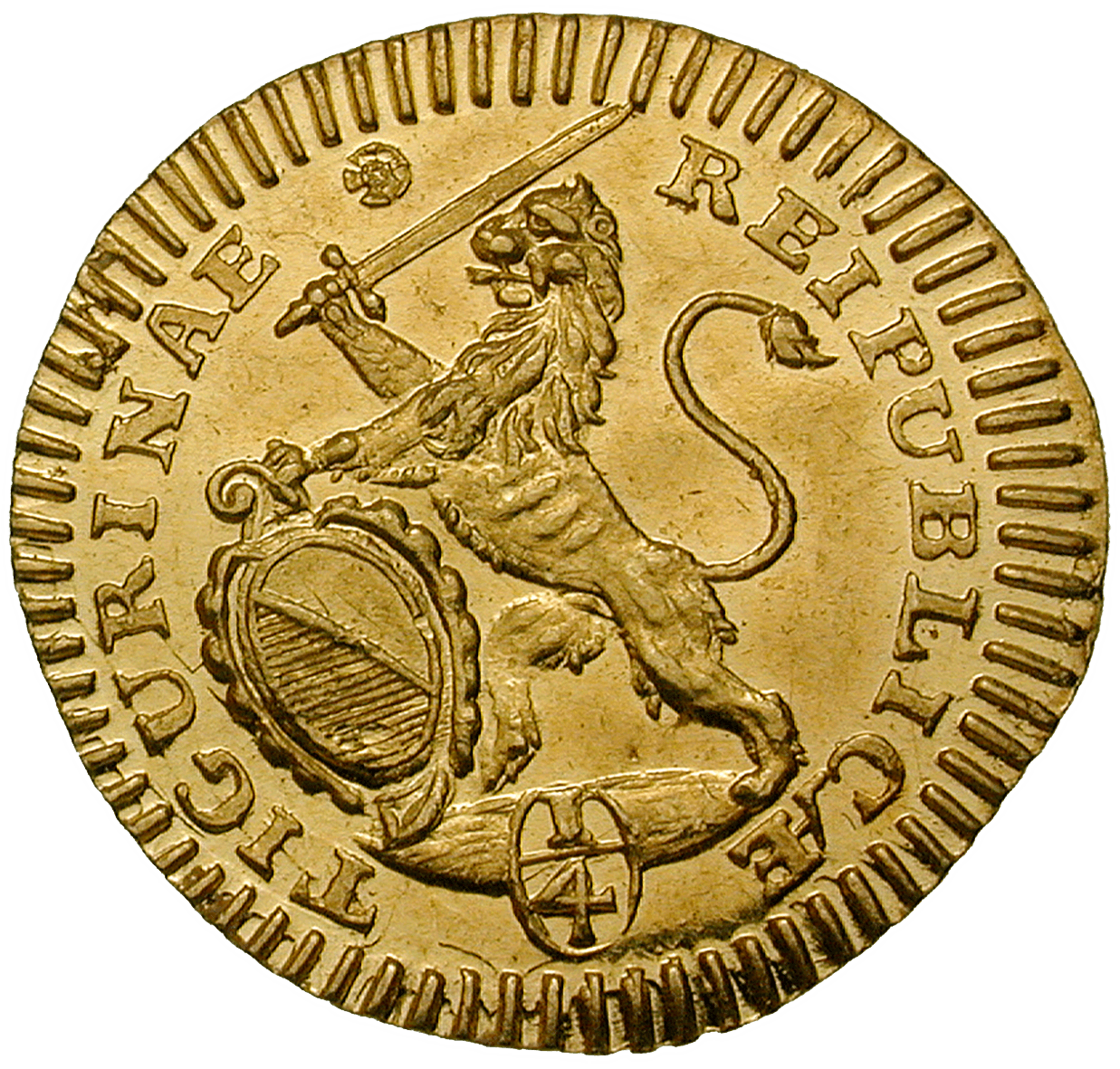 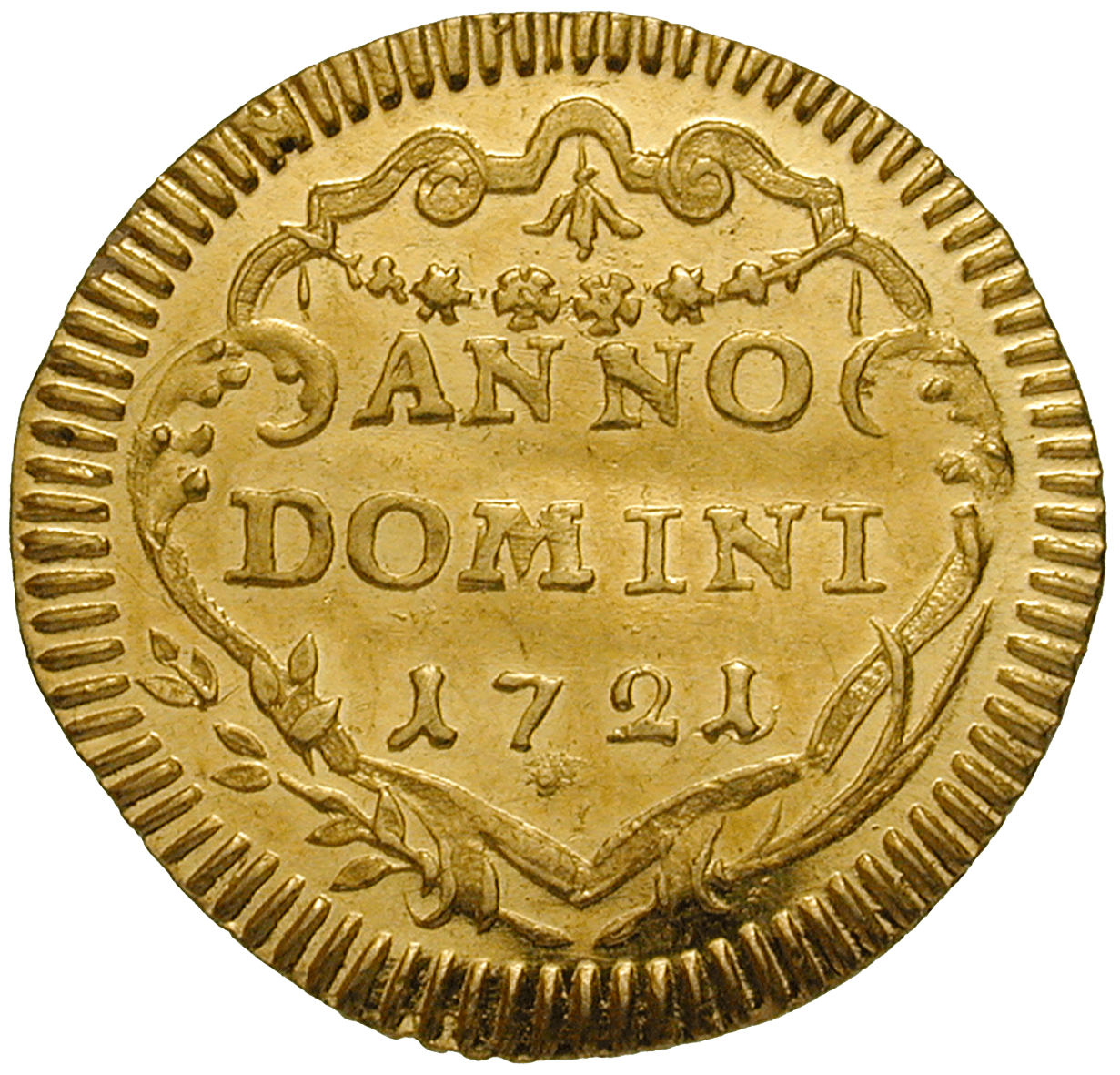 Gold coins like this quarter ducat circulated in Zurich as everyday-coins in the 18th century. The better-off classes used them to pay for services, but also for larger transactions, for instance on the market.

For low-income earners, on the other hand, gold coins were often wage payments. A Swiss mercenary serving in the Neapolitan army, for example, earned between 0.90 and 1.20 ducats per month at that time. With this pay he managed to just finance his daily living expenses. Compared to earlier centuries, when soldiering in foreign armies had been a lucrative source of income, the real value of mercenaries pays sank in the 18th century. A legionnaire now earned about the same as a craftsman at home. Soldiering thus lost a lot of its appeal. However, due to overpopulation and poverty, or simply for love of adventure and hope for loot, there were still enough young Swiss men leaving their homes to seek their fortunes in foreign armies.