Territorry of the Commander In-Chief in the East, 1 Kopeck 1916 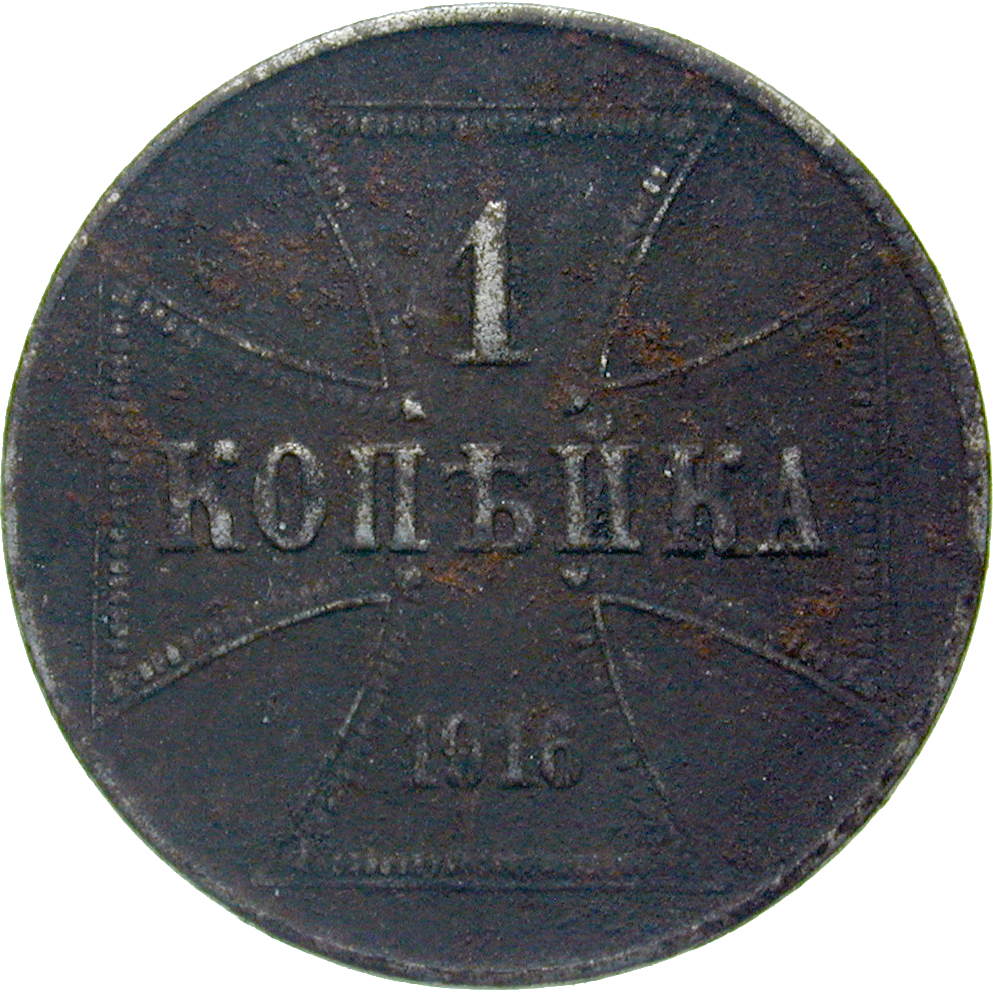 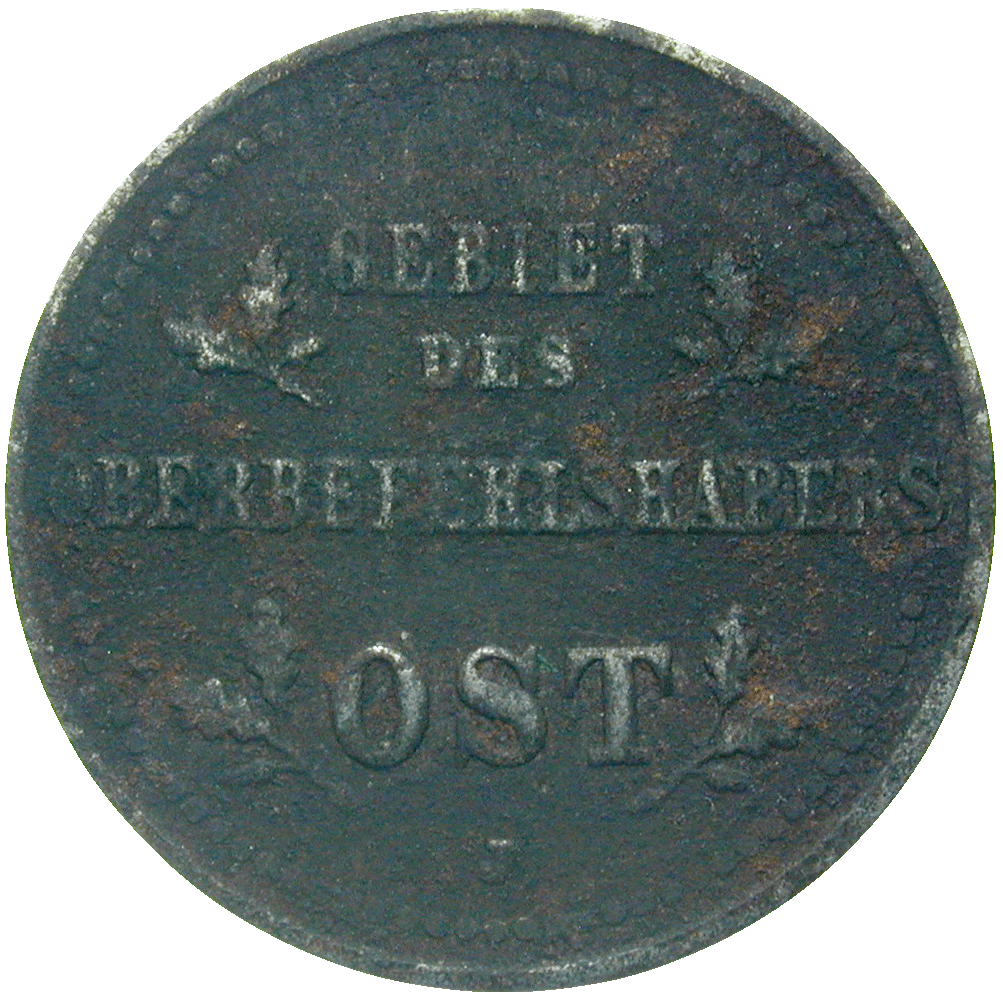 This kopeck dates from 1916, the middle of the First World War (1914-1918). At that time German troops had occupied parts of Russia, Courland and Livonia (which later formed the Republic of Latvia together) as well as Estonia and Lithuania. The commander in-chief of this territory in the east (in German the Oberbefehlshaber Ost) had coins minted on the basis of the Russian currency system, according to which 100 kopecks equaled 1 ruble. These emergency coins with face values of 1, 2 and 3 kopecks were made from iron and minted in Berlin and Hamburg.