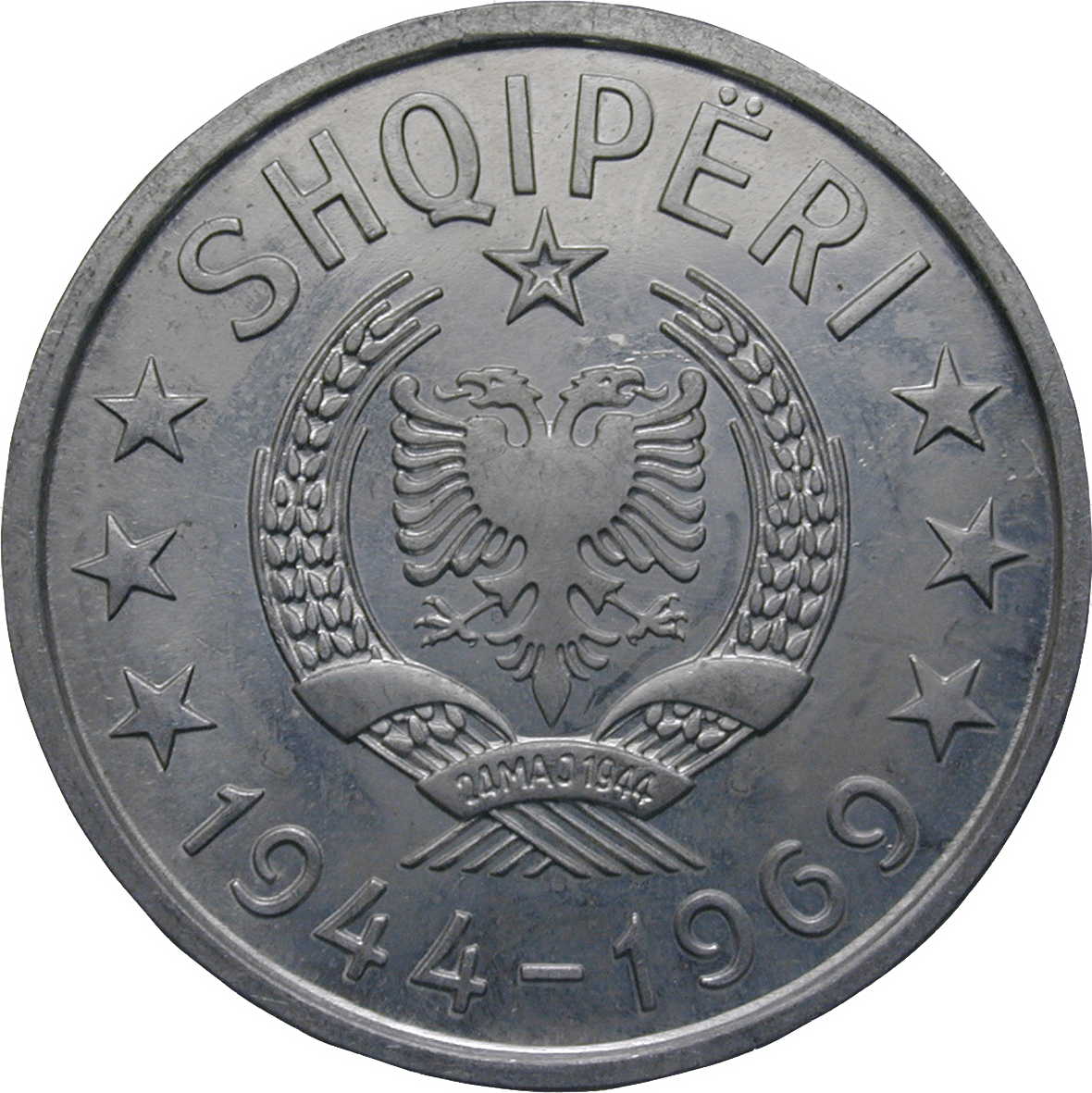 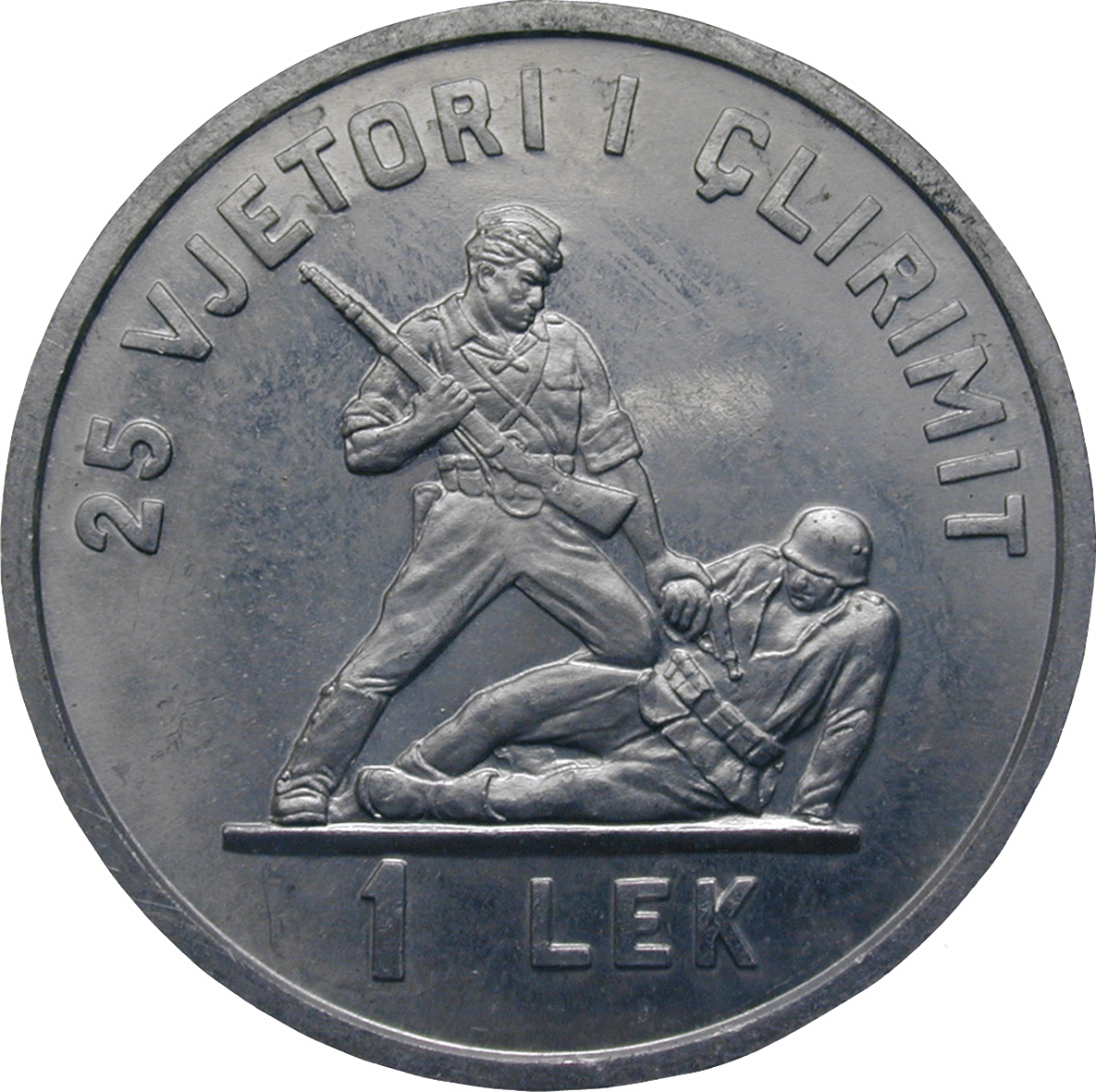 In the modern state of Albania became independent from the Ottoman Empire in 1912. Until then the Albanians used Ottoman coins. At the same time circulated diverse European gold and silver coins. The introduction of an Albanian currency was delayed due to the First World War. The Albanian lek was therefore only introduced in 1925. 1 lek equaled 100 qindarka. Today qindarka are not issued anymore; the smallest coin in circulation is the piece of 5 lek.