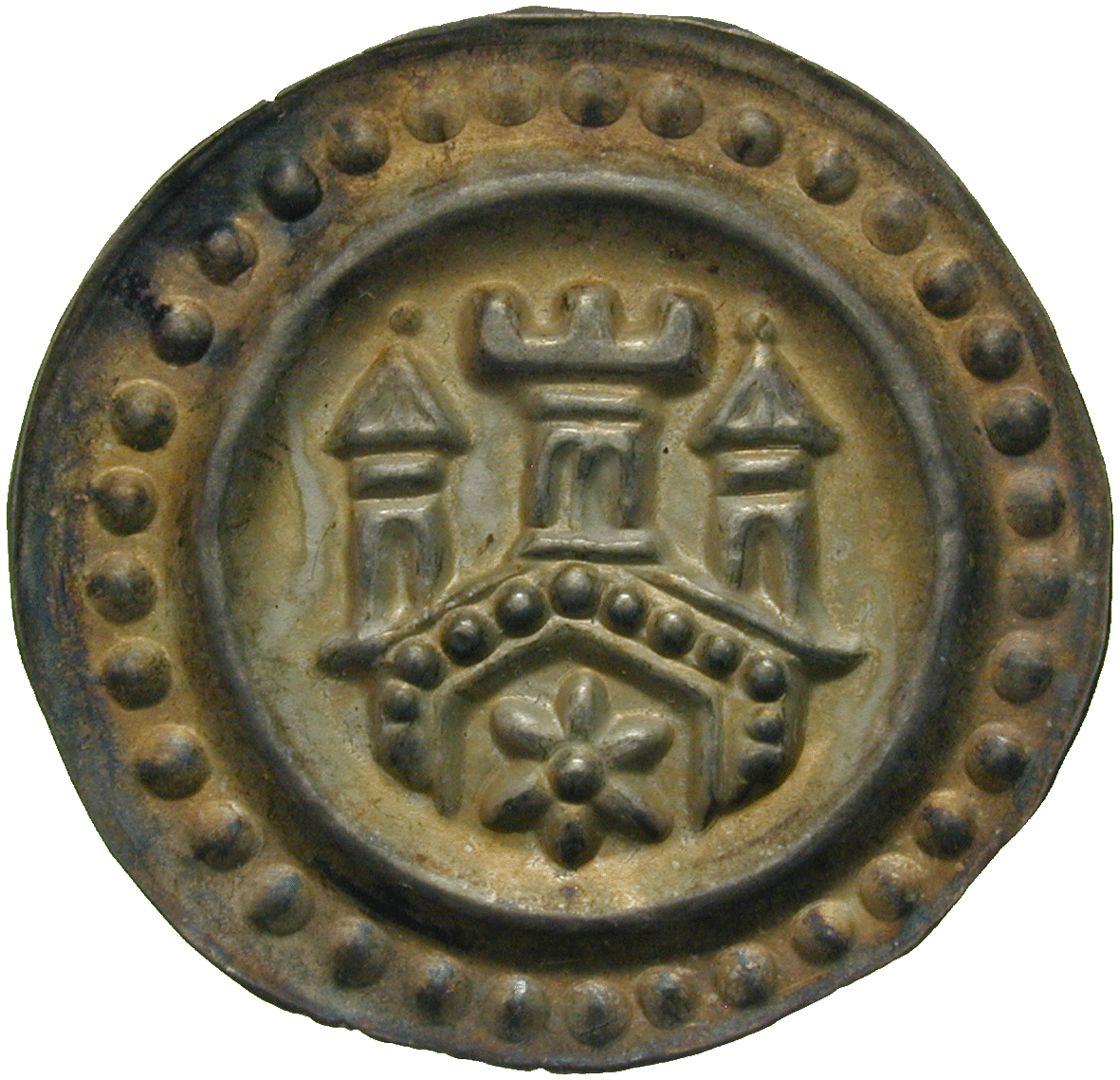 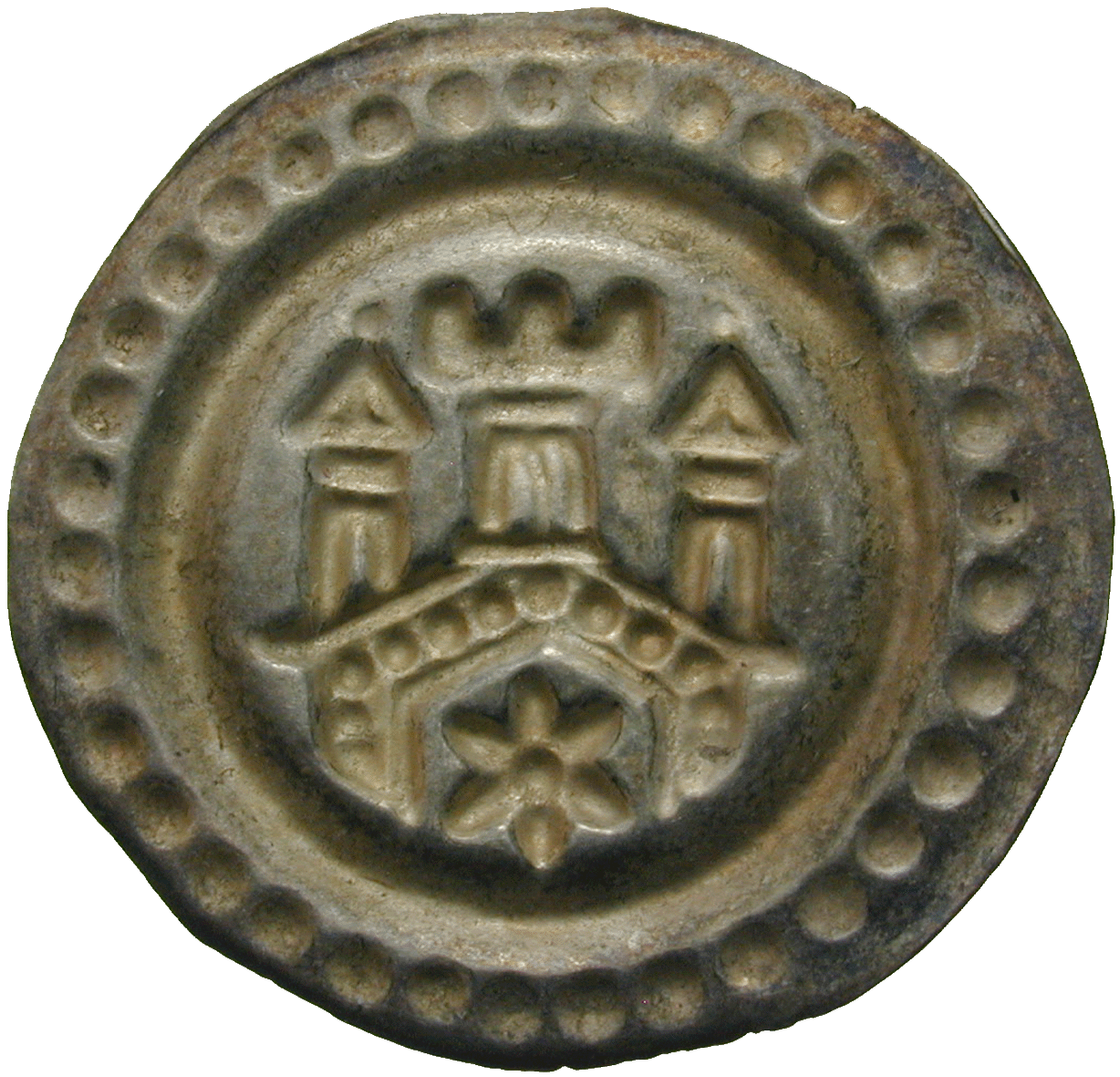 Upon the death of Frederick II in 1250, the German throne was left without successor; the Hohenstaufen Dynasty came to an end. Various German princes competed for the ascension to the throne: kings and counter-kings were proclaimed, but none of them managed to maintain his position. This period devoid of kings from 1250 to 1273 went down in the annals of history as the Great Interregnum. Contemporaries remembered it as a time of political incertitude and of economic decline. Many of the mints founded by the Hohenstaufen ceased their minting activities forever. This was not the case with Ravensburg, however. The town remained a royal mint, when at long last in 1272 a new German king was elected: Rudolf of Hapsburg (until 1291).