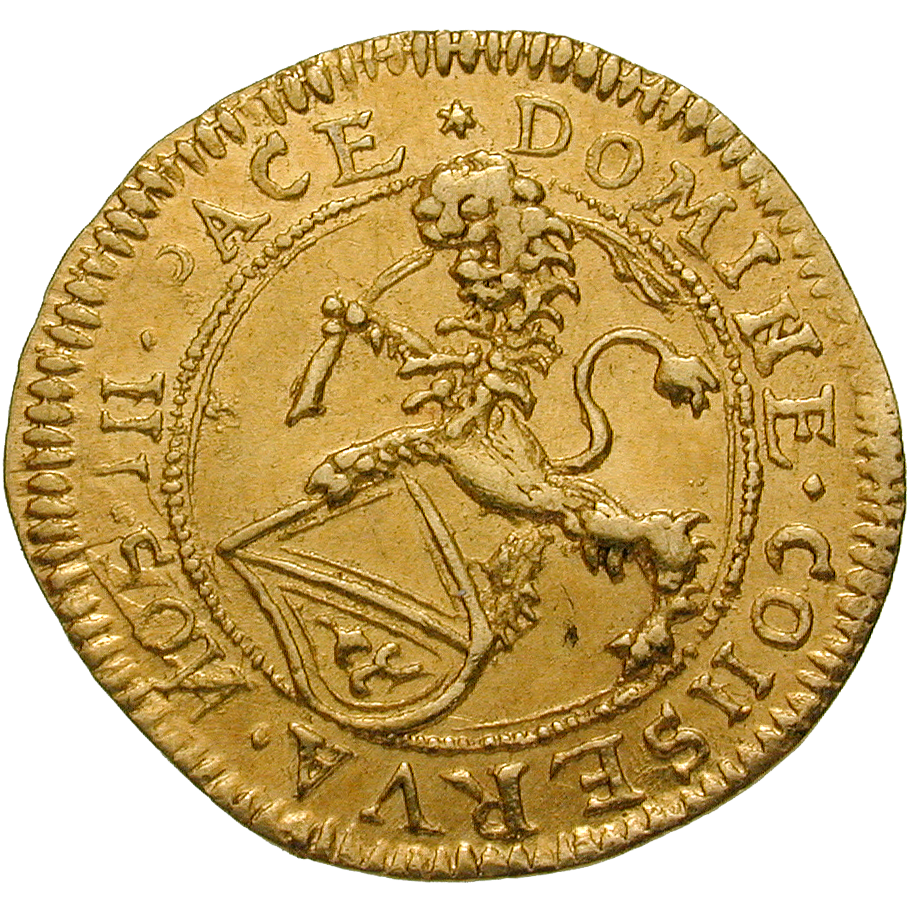 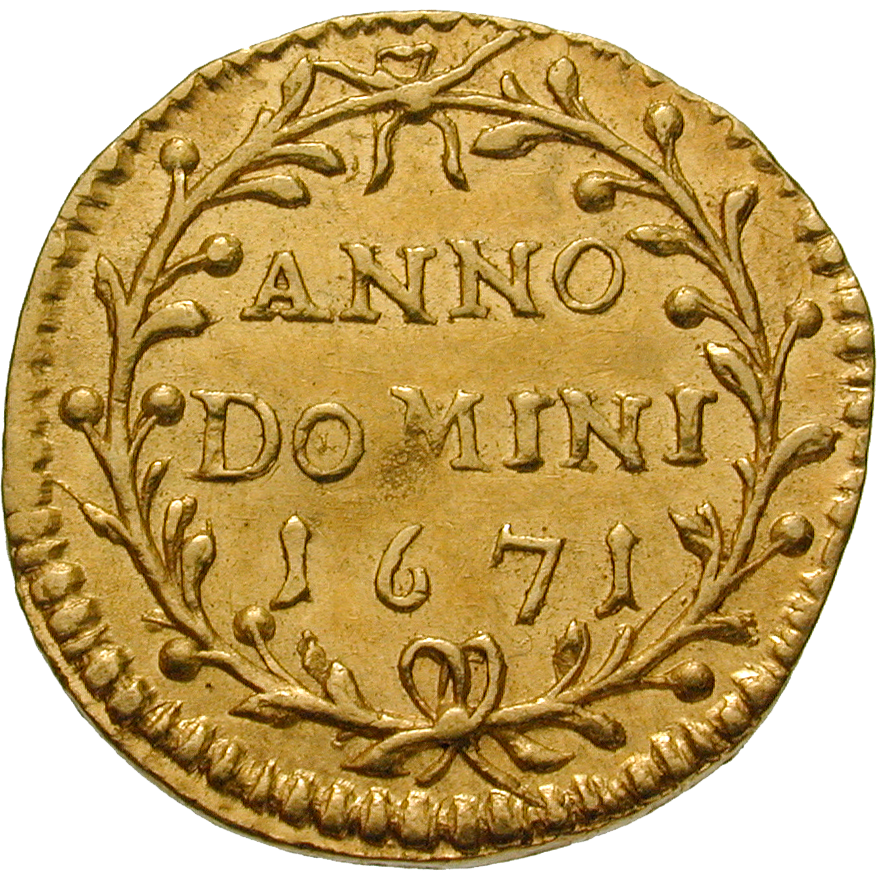 When this half ducat was issued in 1671, Zurich stood on the height of its power. The city council, all men from the aristocratic elite, reigned almost absolutistic. Under the impression of the Thirty Years' War (1618-1648), for instance, it decided to build a new city wall for a mindboggling sum of money. The funds for the council's ambitious project were to be raised by taxes imposed on the rural population. When these subjects rose in protest, they were brutally crushed by military forces. The people of the subjected territories of Zurich did not stir for a long time after that; they not even participated in the Swiss peasant war of 1653.

Zurich's new city wall consisted of several entrenchments as well as 15 ramparts, and infuriated the rural population even more. They regarded the wall as a symbol of urban power, and as an unmistakable sign of urban elitist seclusion against the outside. However, the rural population had to wait outside for a long time to get in. Only in 1798 did the French revolutionary troops under Napoleon crush urban privileges, under the cheer of the people from the countryside.