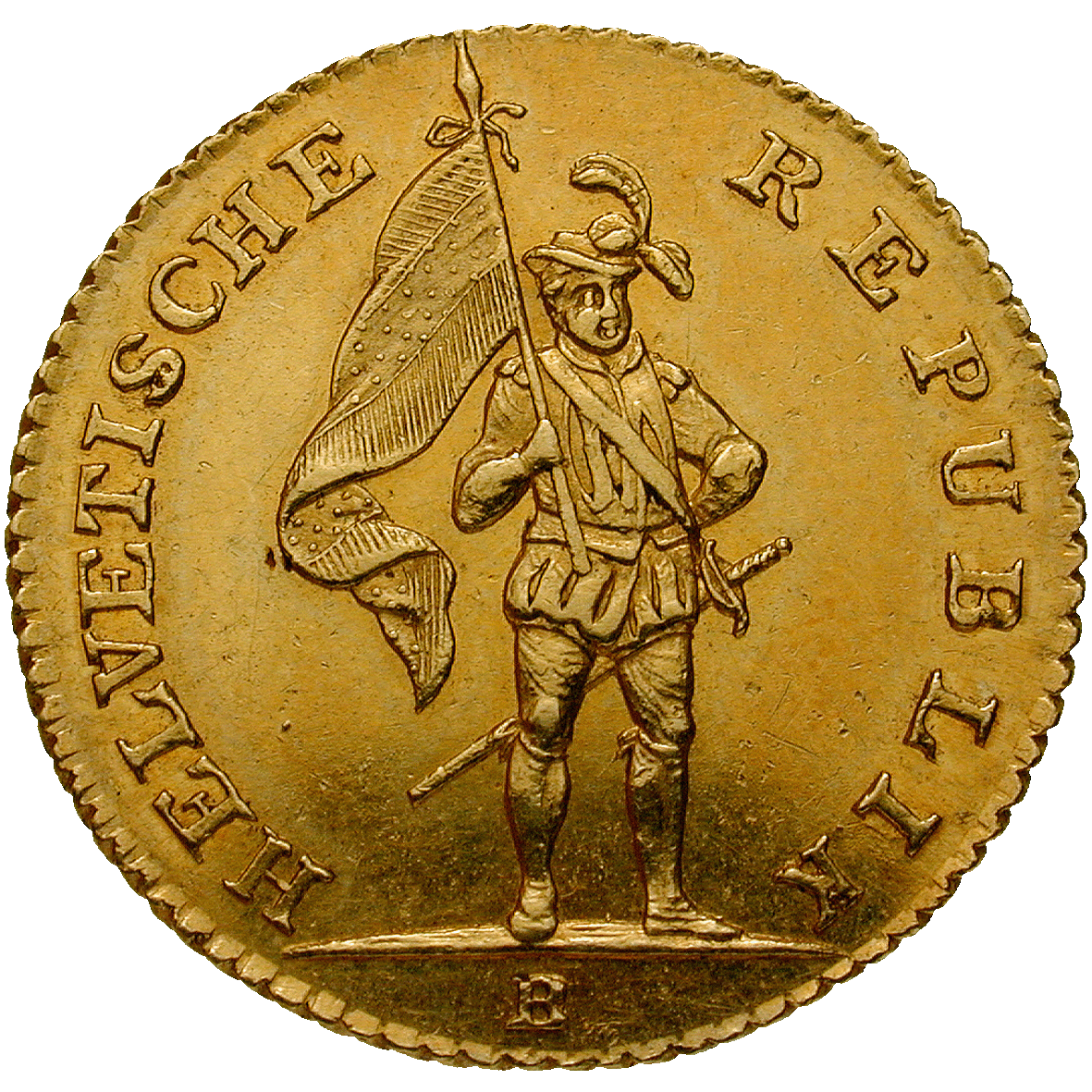 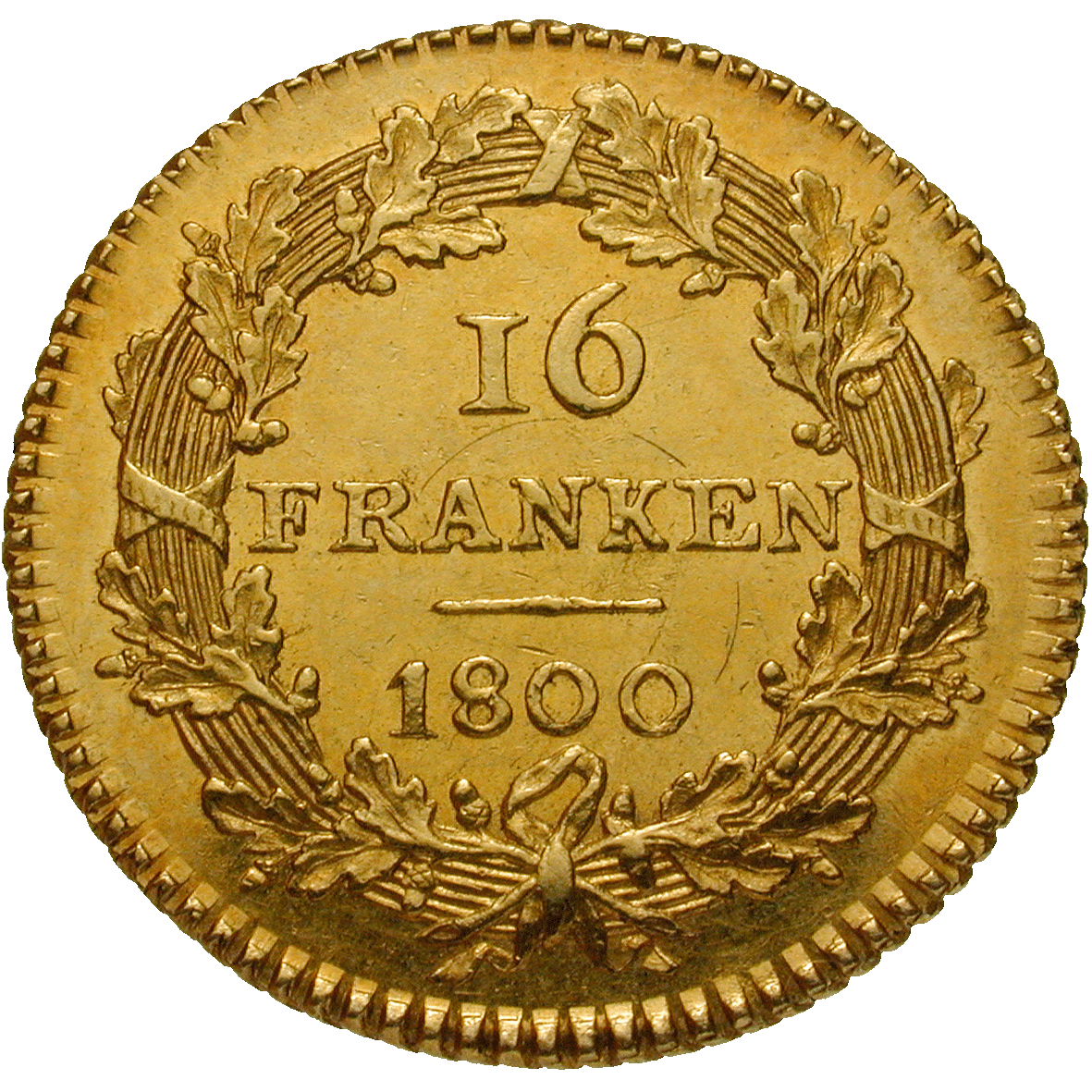 In spring of 1798 French troops marched into Switzerland and forced the Swiss cantons into a centralized state. During the Helvetic Republic (1798-1803), the fragmented coinage of Switzerland was standardized.

The French introduced the modern decimal system used in France in Switzerland, although in a slightly different form. The new Swiss currency was to be based on the old coin standard of Berne. Hence in Switzerland, 4 Swiss francs and 40 batzen respectively added up to one Swiss taler – just like in old Berne, where a taler had been worth 40 batzen. At the same time the golden duplone was retained from the old Bernese system; it equaled 16 old Swiss francs.