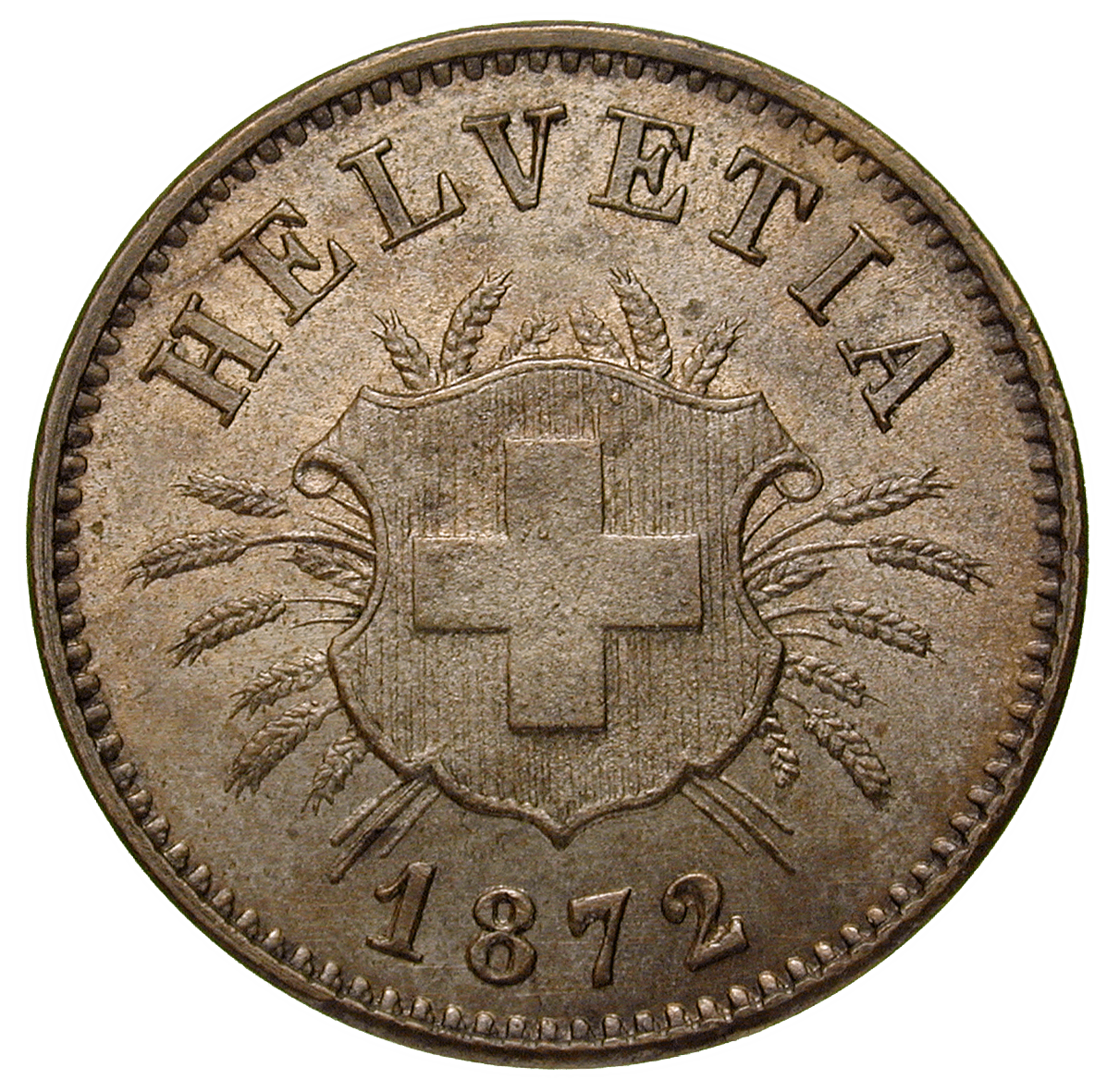 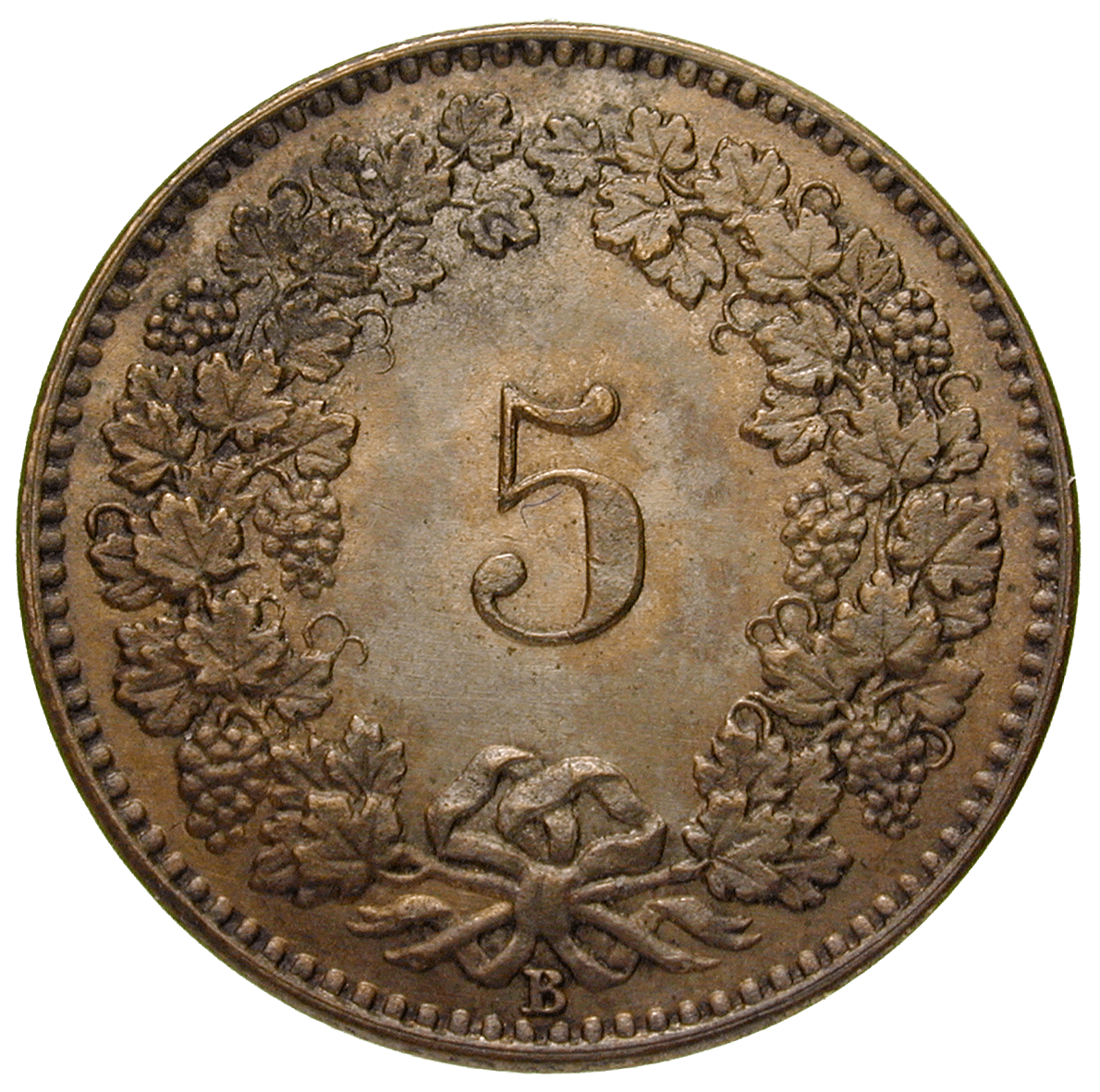 When the Swiss Confederates gave themselves a federal constitution in 1848, they soon started to plan for a single currency. In 1850, the federal assembly introduced the Swiss franc as the base for the Swiss currency. It was modeled after the French franc and, according to the modern decimal system, divided into 100 rappen.

The small coins at 20, 10 and 5 rappens were made from billon. That is an alloy from a base metal and silver, with the silver content being relatively low. The 5-rappen-piece only contained five percent of silver. Its motif was a simple, a Swiss shield circled by ears on the obverse and on the reverse the denomnation within a wreath of vines.