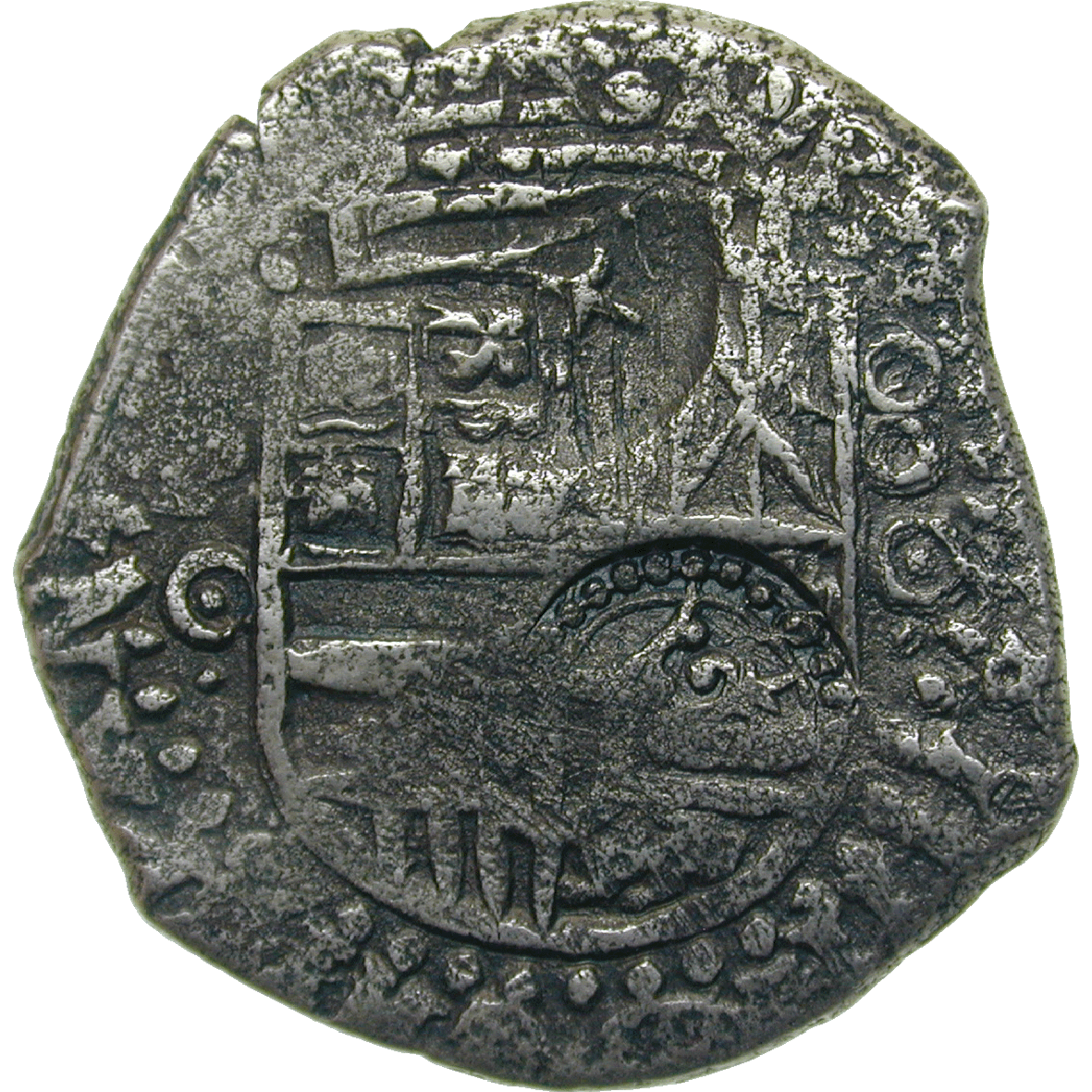 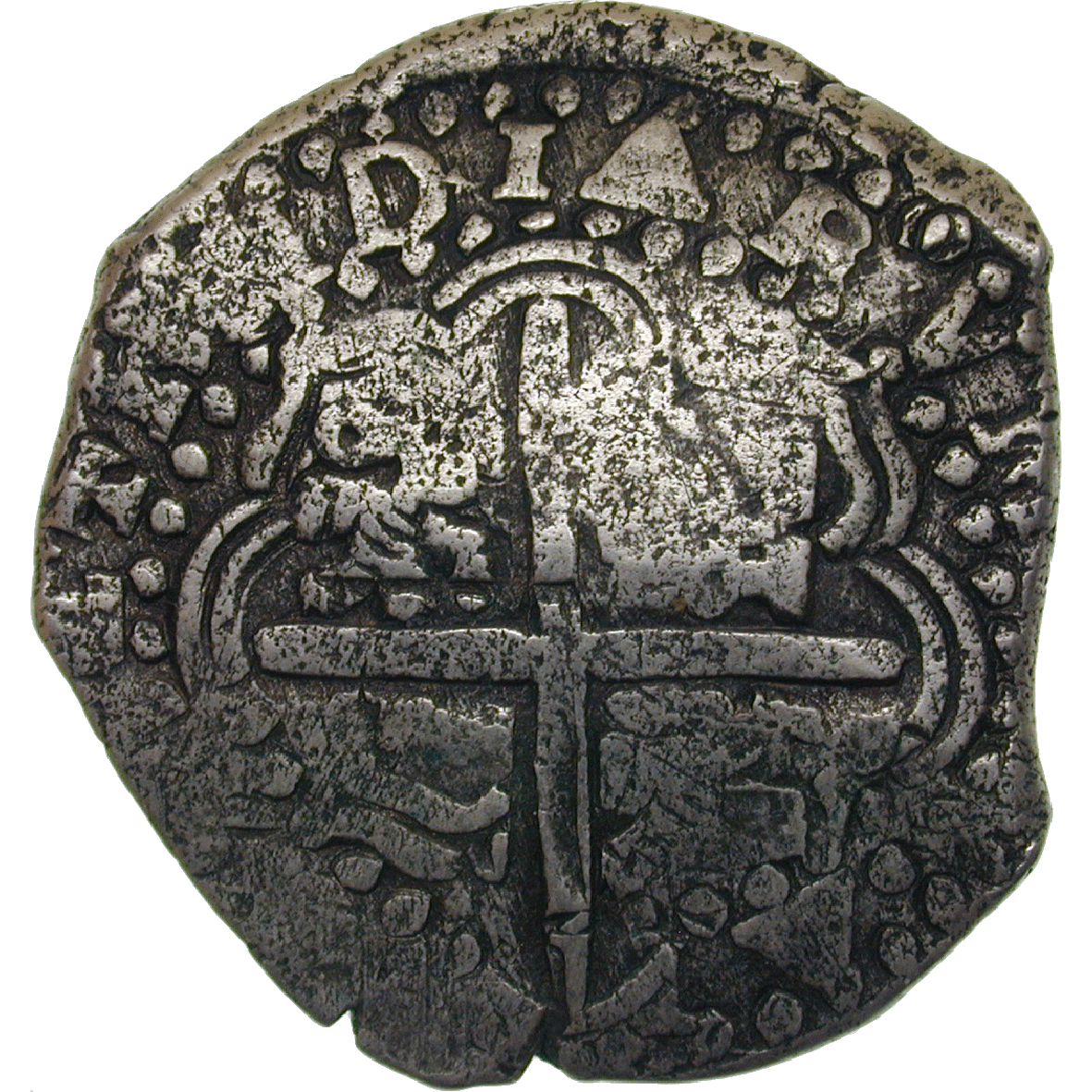 The Jesús María de la Limpia Concepción was the command ship of the Spanish South Sea Armada; mostly she was just called La Capitana, the ship of the captain. In 1654 La Capitana sank after hitting a reef off the coast of Ecuador. 20 seamen died in the shipwreck.

The sinking of the huge galleon was the largest financial loss the Spanish South Sea Armada ever had to put up with. La Capitana held most of the treasures gained in the Spanish colonies that year: 2,212 ingots of silver, 216 strongboxes of silver coins, and 22 boxes of wrought silver went down to the bottom of the ocean. The total loss added up to about 10 million pesos.

La Capitana was salvaged in 1997; two years later some of her coins were sold at auction. The coins were mostly 4 and 8 reales from the Potosí mint. Some of them were countermarked, like this real de a ocho, a real of eight, also known as peso.