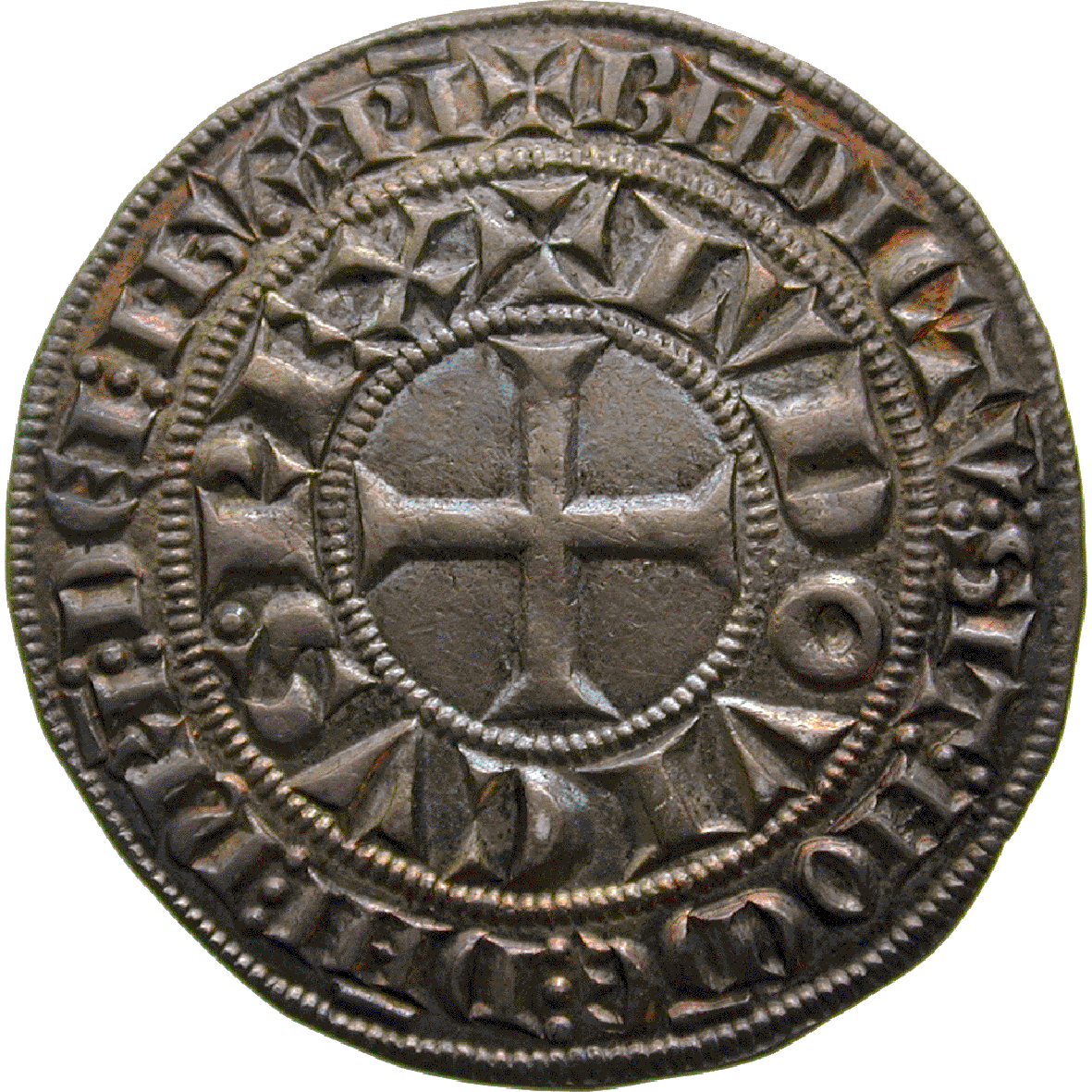 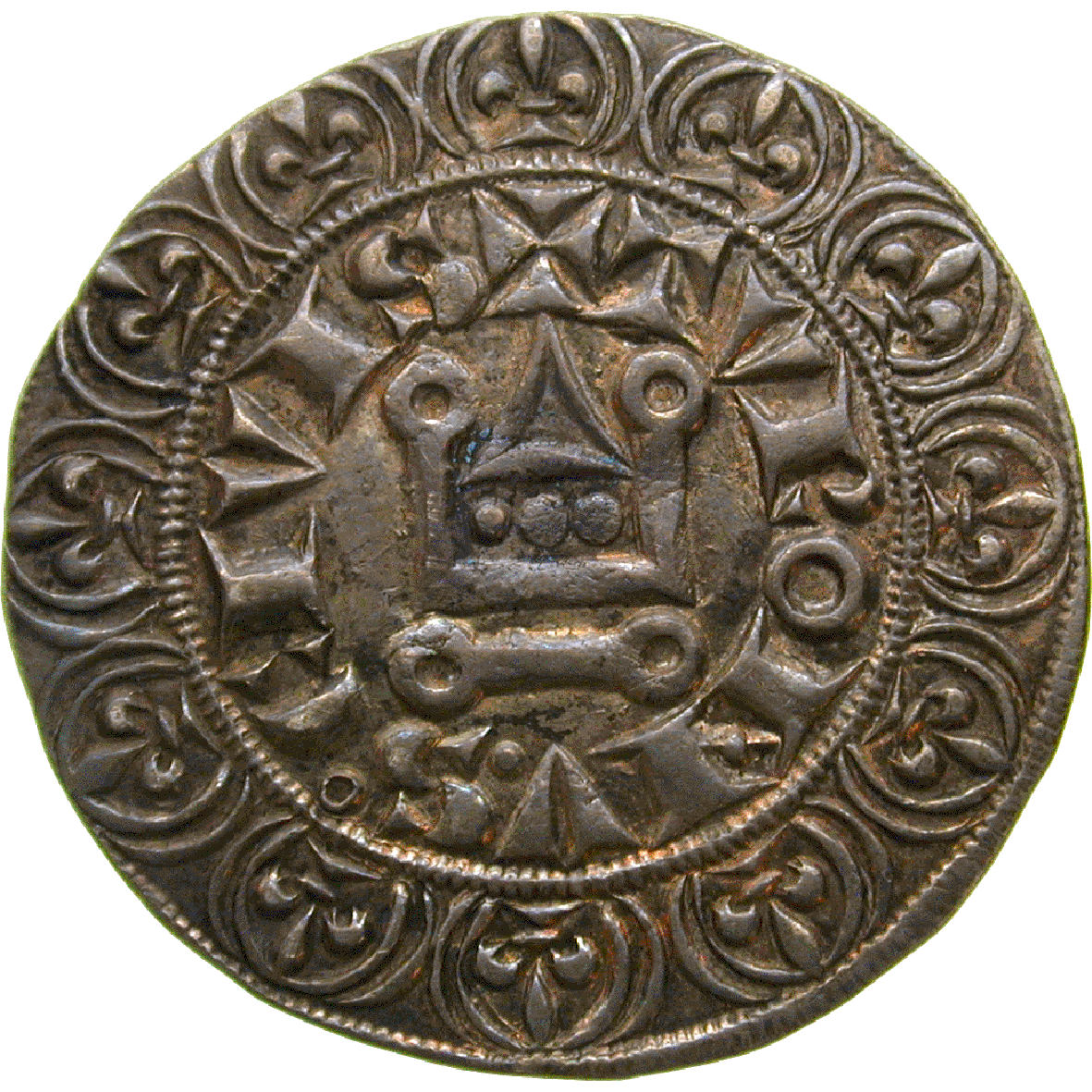 In 1266 the French King Louis IX (1226-1270) introduced a new coin: the gros tournois worth 12 deniers. The new silver coin became an instant success. Under the name tornesel it spread past the borders of France, and was soon copied all over Europe.

The gros tournois was minted in the town of Tours. The building on the reverse was a mixture between the city gates of Tours and the town's abbey church. Twelve lilies formed the outer border, which was not only decorative but also helped to prevent the frequent crime of scraping off silver from the coins edge.