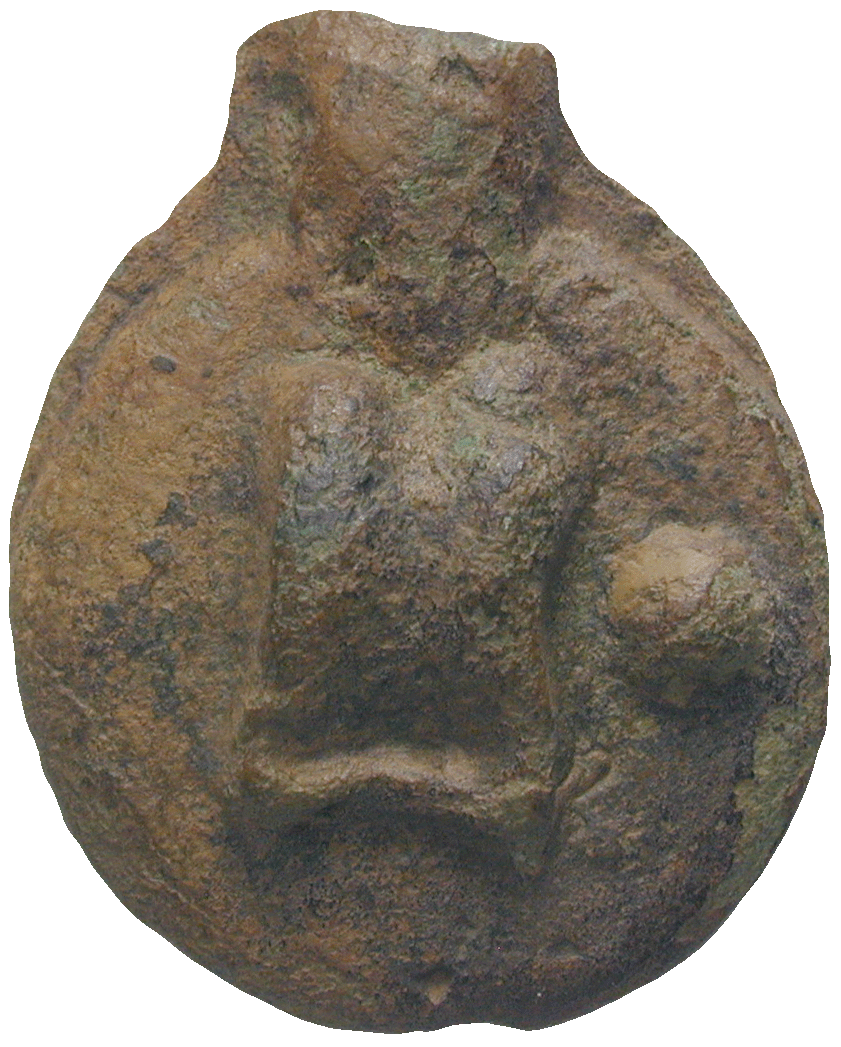 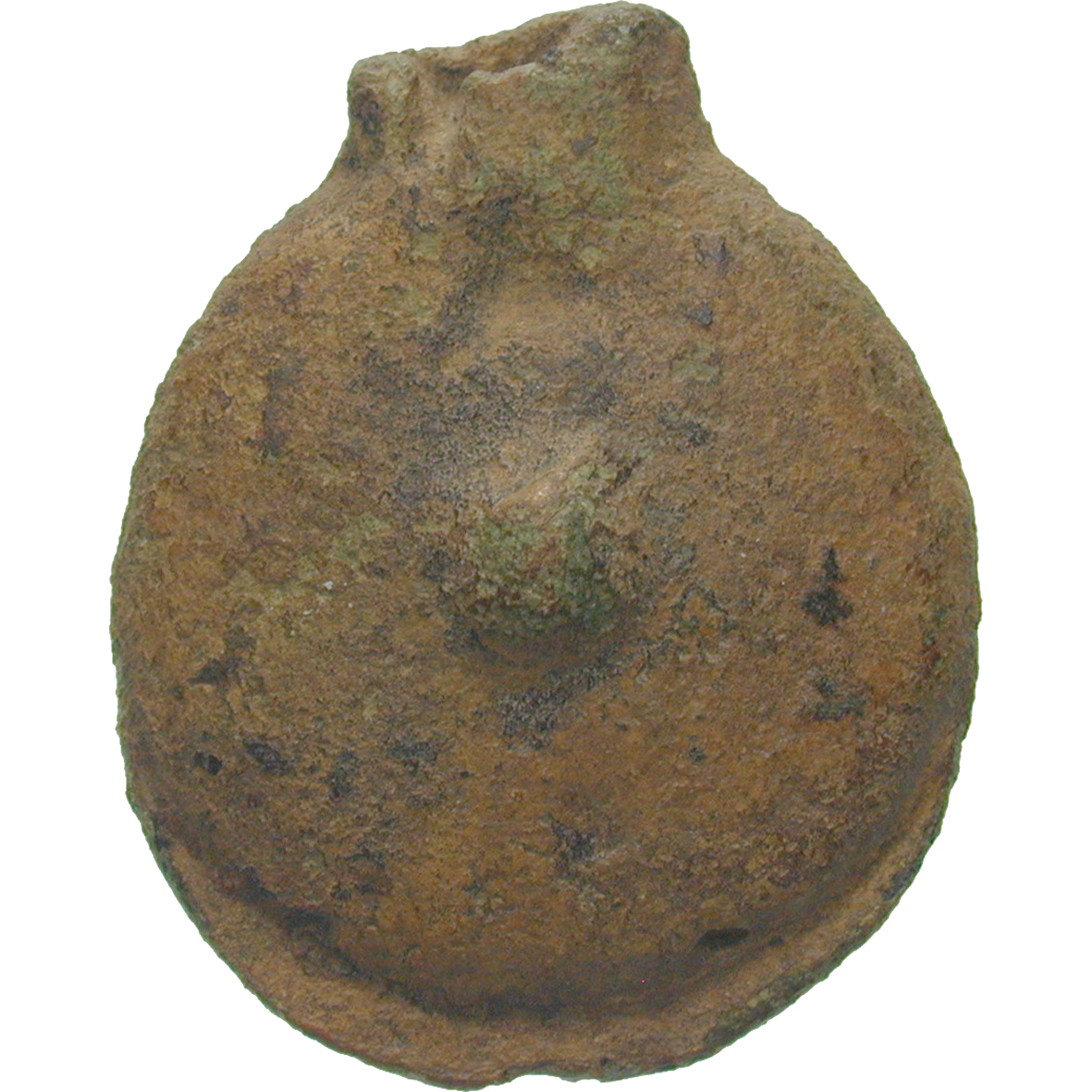 Around 290 BC, Rome was still a small state. And yet at that time, the city had already given itself tight political and military structures. From about 289 BC – relatively late – it also began to develop its own monetary system. It issued minted silver and bronze coins along with heavy cast bronze coins. The cast coins all bore marks of value, to indicate the various denominations. The base unit was the as with an I as declaration of value. 1 as was divided into 12 unicae.

This coin is an uncia. It shows a pellet to indicate its value on both sides. The obverse additionally depicts a tiny bone; it is an astragalus, a talus bone. The Romans used such little bones for oracles and for dicing.