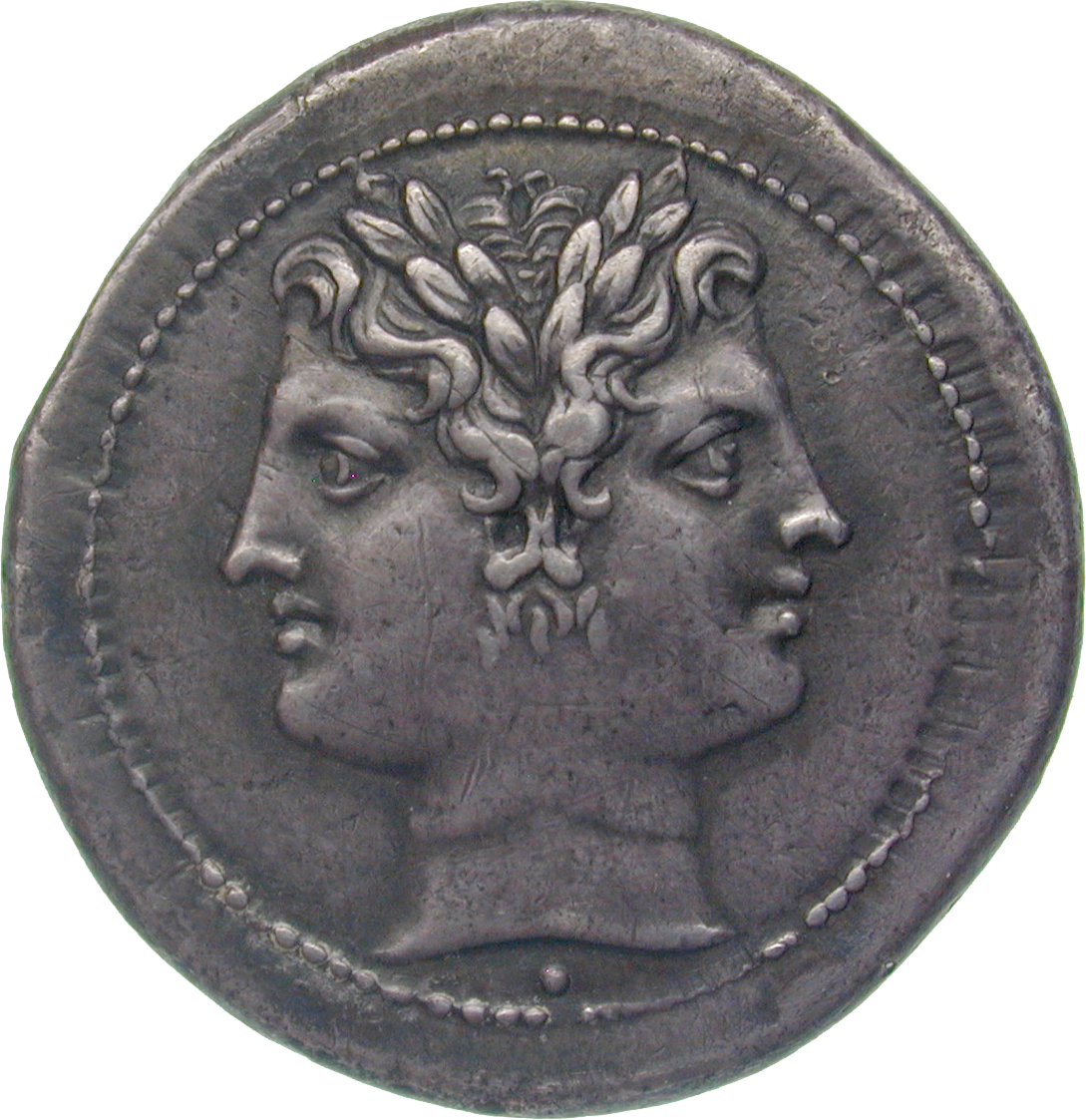 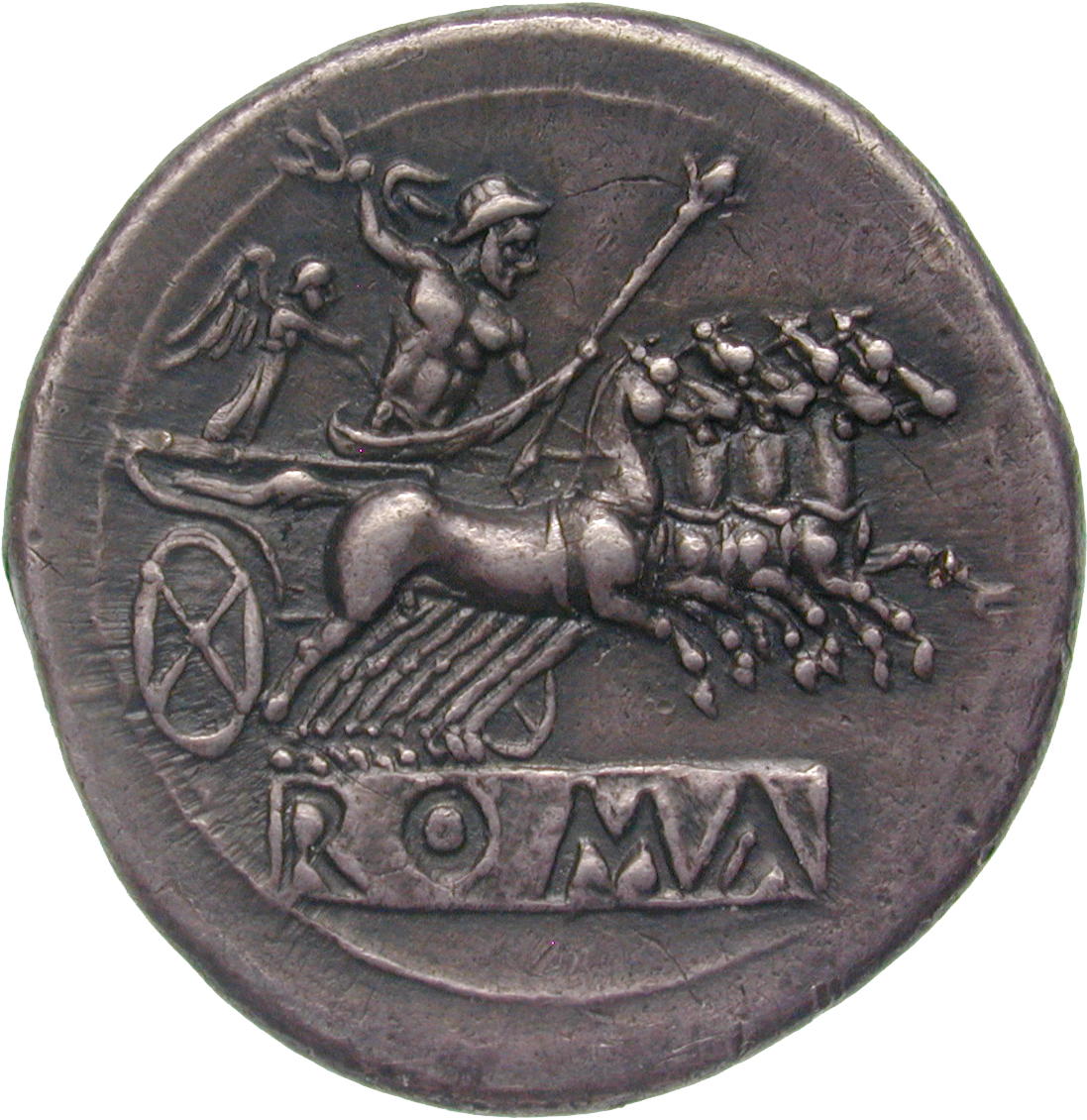 Such silver didrachms are described as 'quadrigati,' after the image on their reverse. Quadrigas were two-wheeled four-horse chariots. They were used for chariot racing, one of the most popular sports of Antiquity.

In the quadriga rides Jupiter, the supreme Roman god, swinging a bundle of thunderbolts. Jupiter's charioteer is Victoria, the goddess of victory, which is thus certain. The obverse of the quadrigati bears the double head of Janus, the god of the beginning and the end.