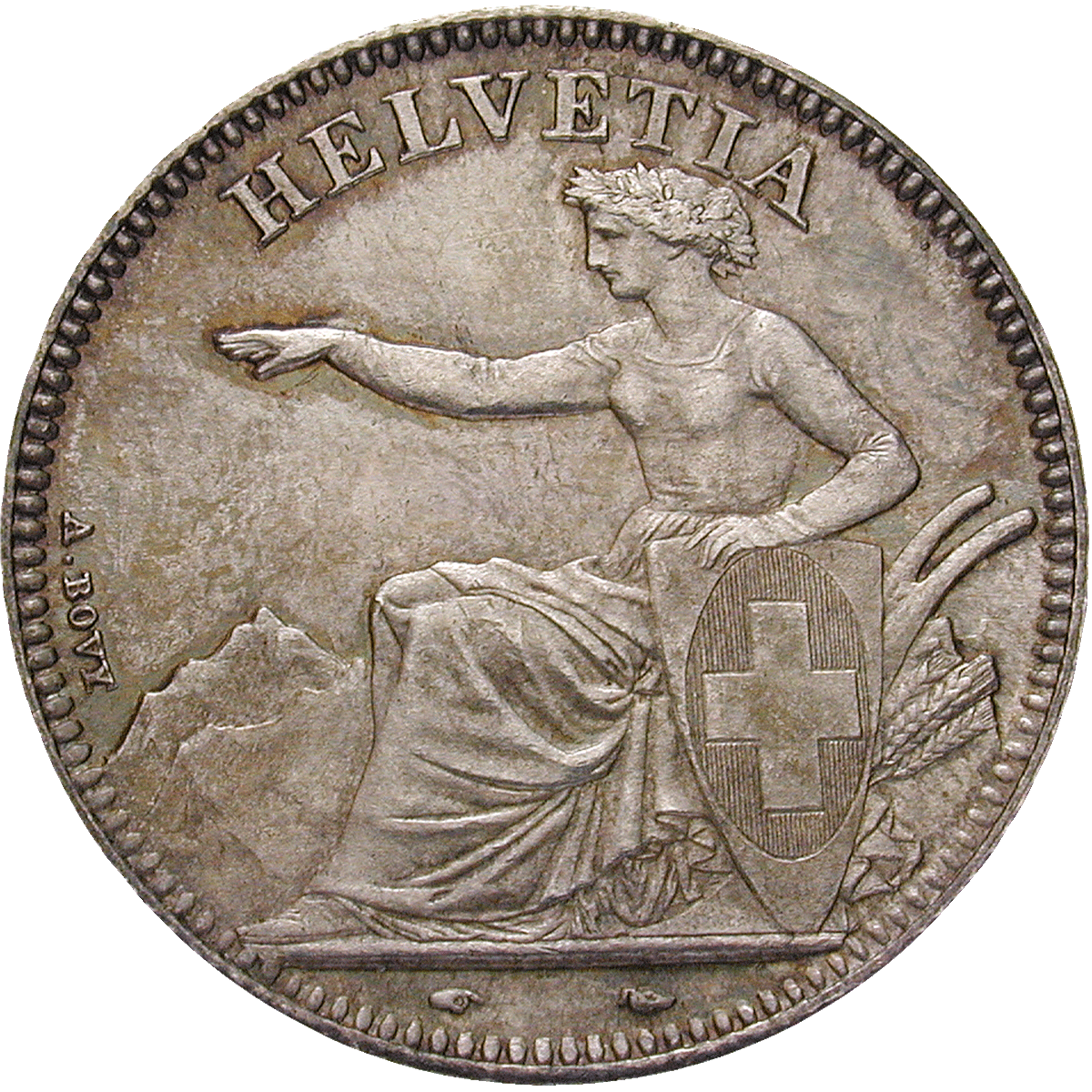 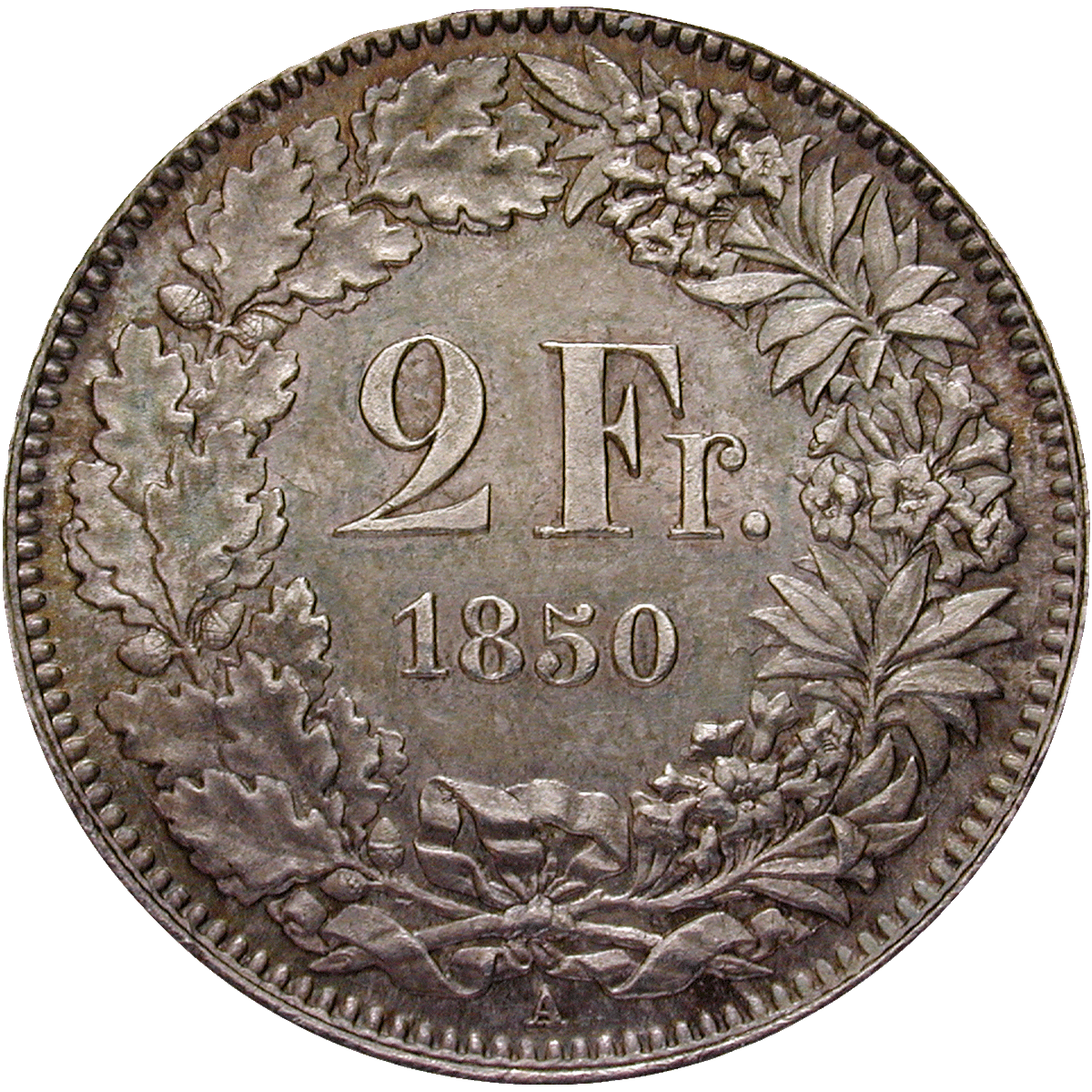 Two years after the introduction of the Swiss federal constitution (1848) the first Swiss coins were issued. Opinions over the system of the new Swiss currency were divided: The eastern parts of Switzerland wanted a currency modeled after the Southern German gulden, while the western part opted for the French decimal system. Finally, upon the recommendation of the financial expert Jakob Speiser from Basle, Switzerland adopted a currency based on the French franc. In 1850, the first Swiss francs were minted.