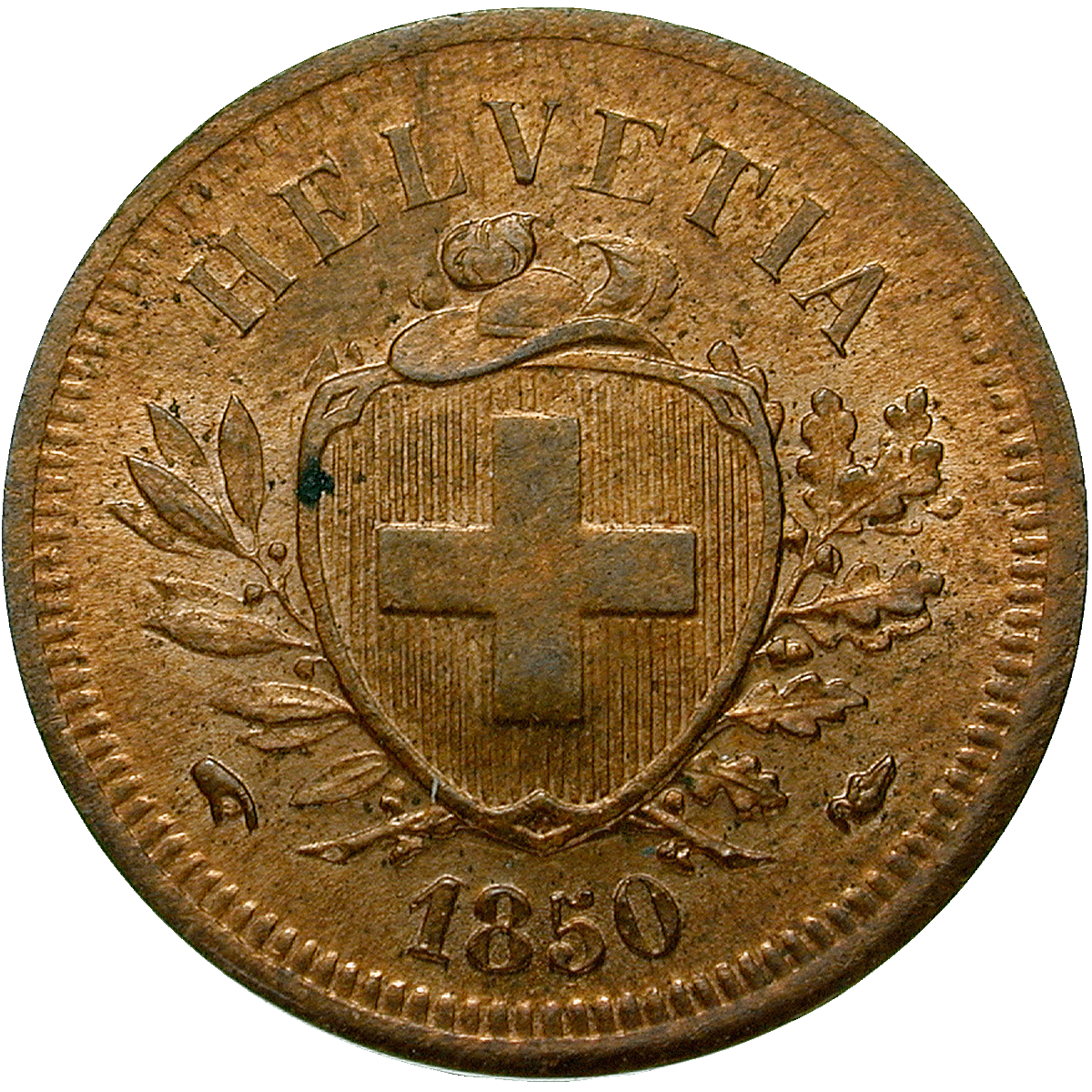 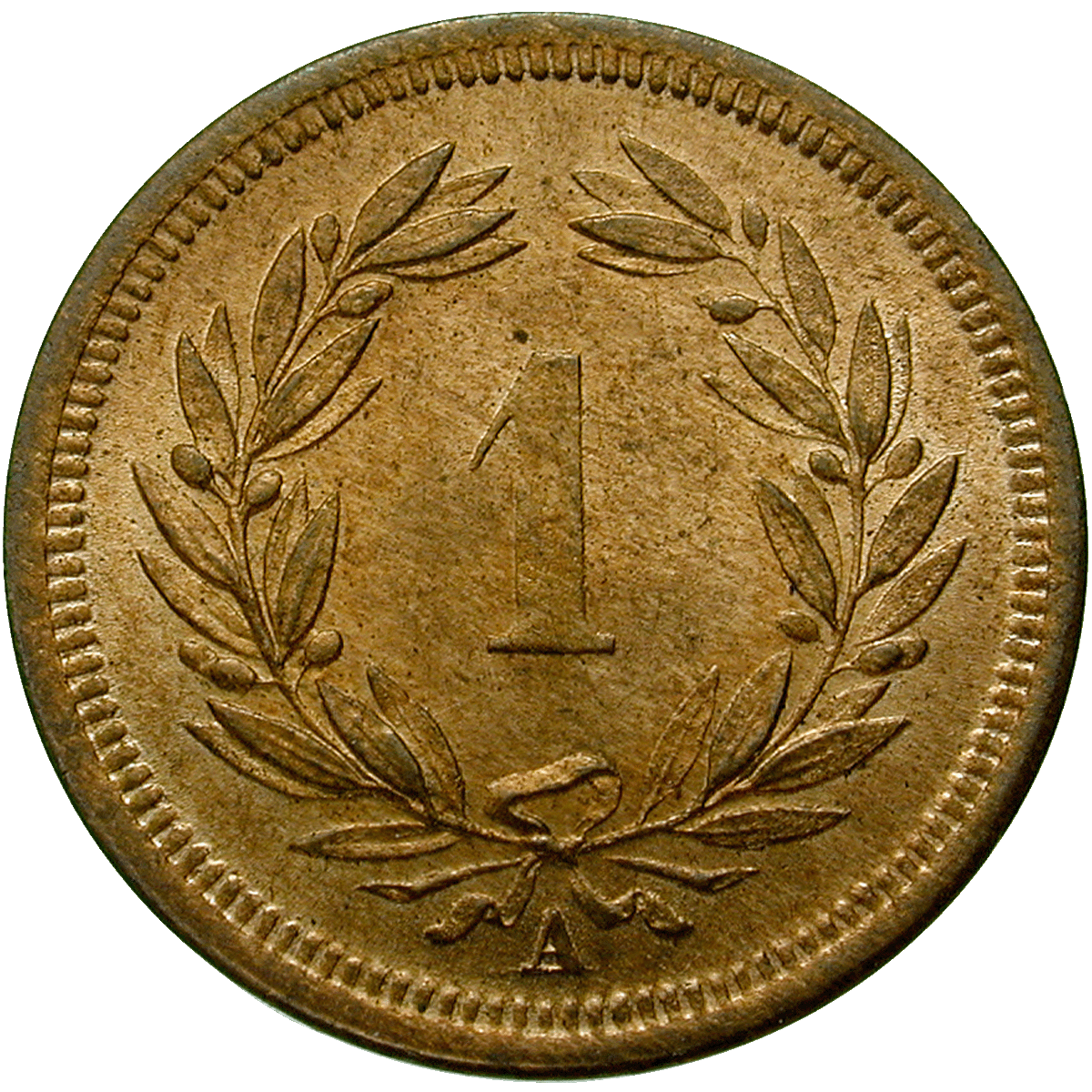 The first Swiss money was minted in 1850 in Paris and Strasbourg. Mind you, Switzerland had a federal mint; but its output was far beyond the needed numbers. Of the coin shown here, the 1-rappen of 1850, 5,000,000 pieces were minted.

It even was a Frenchman, who designed the image on the small Swiss copper coins: Jacques-Jean Barre, who was the general engraver at the French mint in Paris between 1842 and 1855. In this position, he engraved and designed also French medals, bank notes and postage stamps.