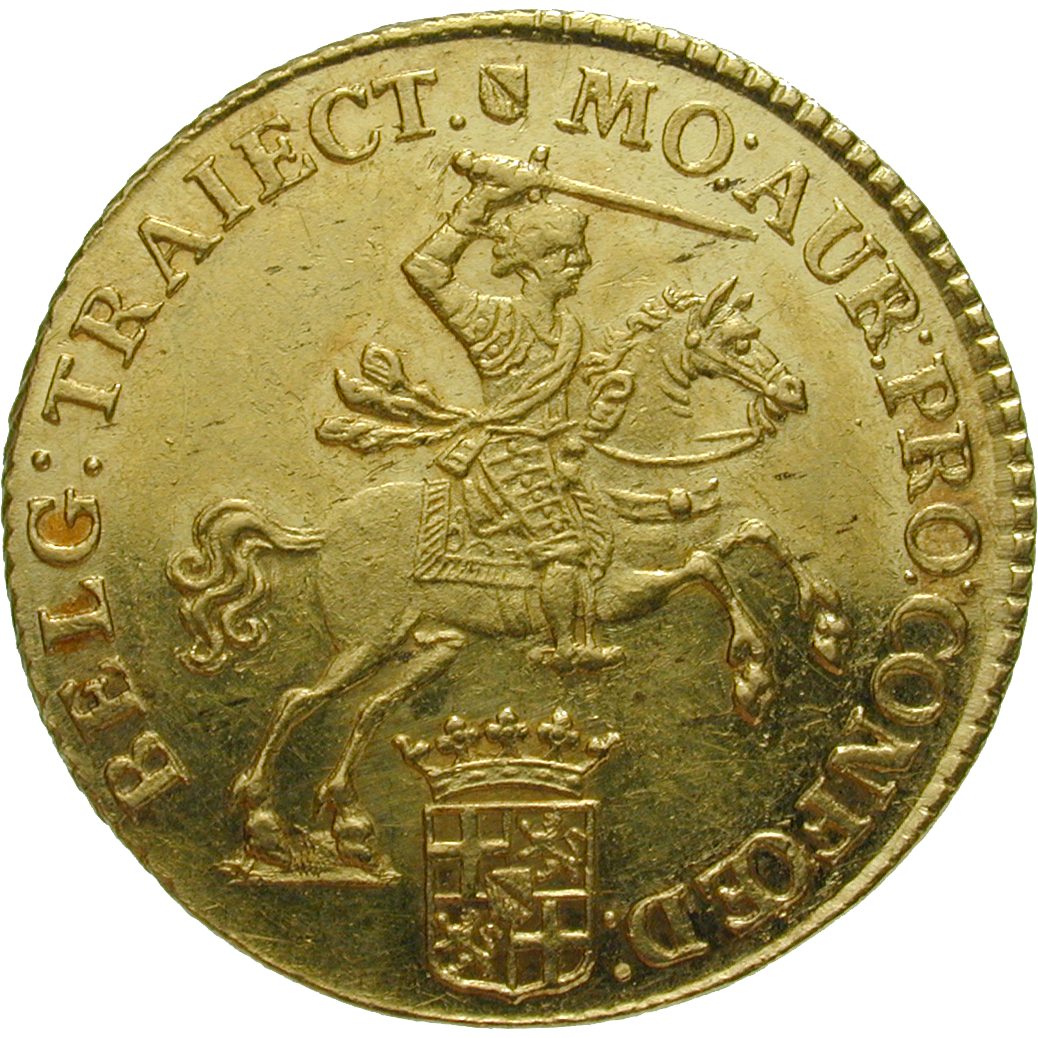 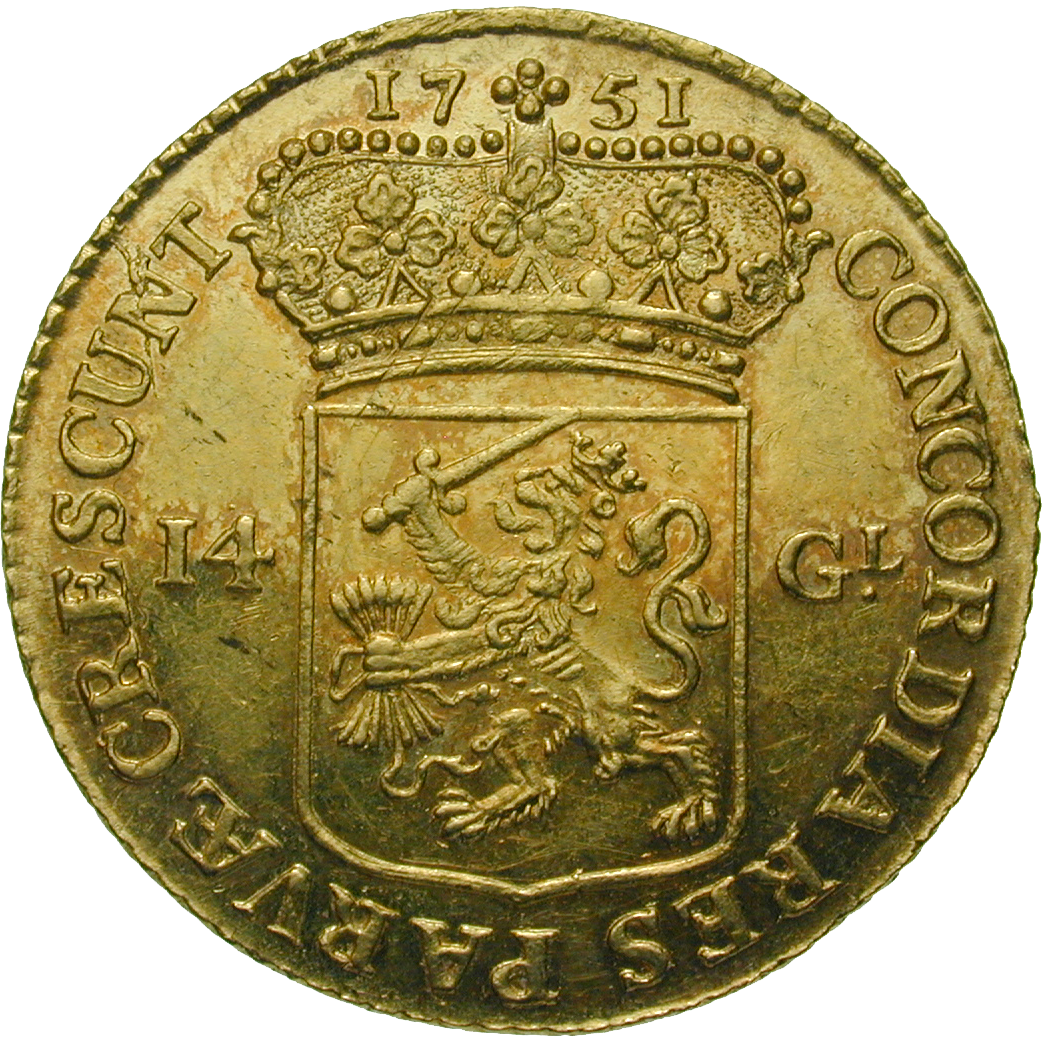 The Golden Age of the Netherlands began, after the seven northern provinces declared their independence from Spain in 1581. In the 17th century, the country developed into a significant sea and colonial power. According to its internationally vital position, the Netherlands issued diverse gold coins, the trading money of the time. The golden rider with its value of 10 guldens was created in 1606 for trade with England. It was geared after the golden unite, which James I had introduced to England two years earlier. The golden rider – gouden rijder in Dutch – had its name from the design on the obverse. The coin was reintroduced in 1749, after the denomination had not been minted for about a century. The golden riders now had a value of 14 guldens, as is indicated on the reverse of the coin.