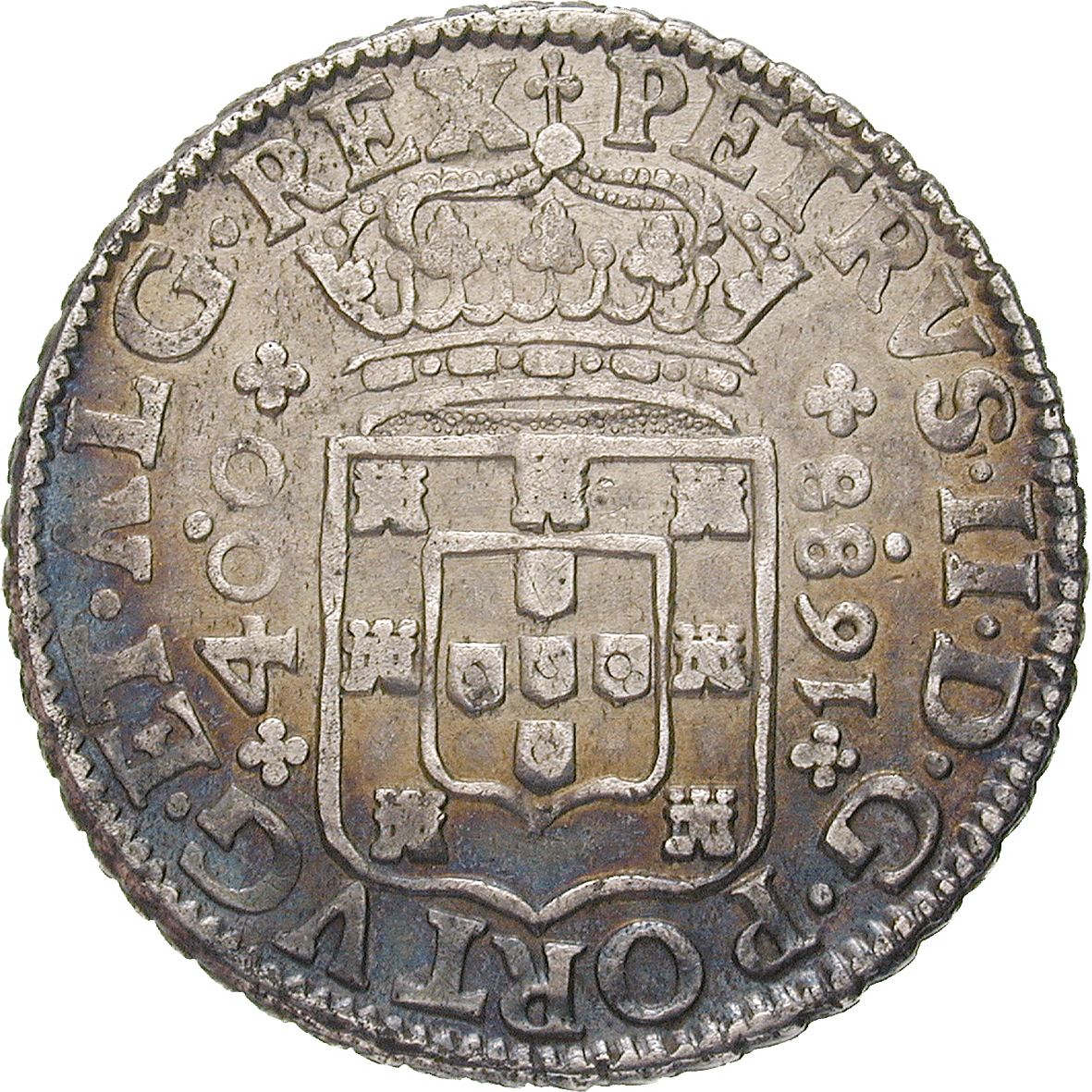 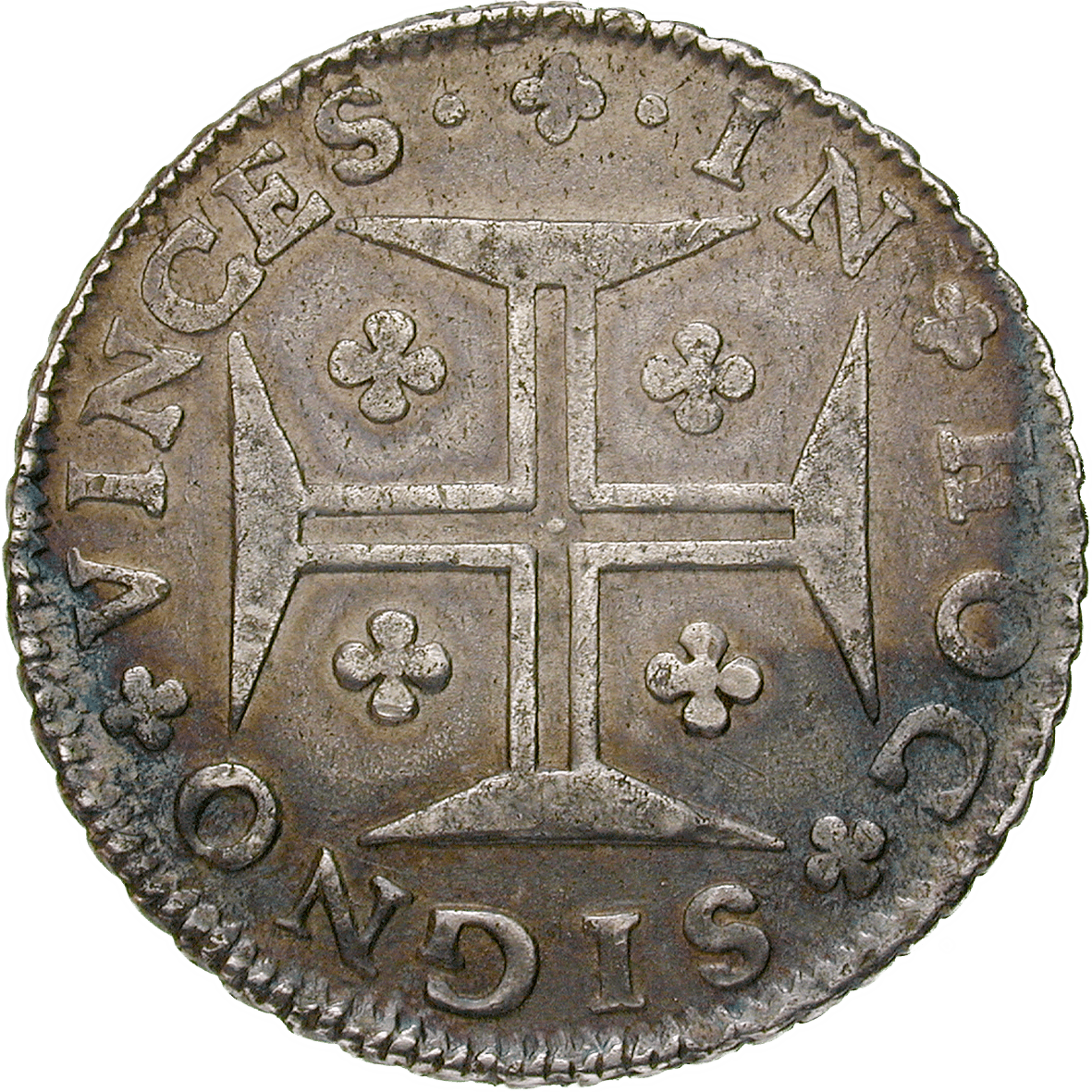 After 60 years' dependence, Portugal freed itself from Spain in 1640. From then on, however, it had no longer access to the silver and gold resources of South and Central America. As a result the prices for precious metals soared, and this again raised the value of the Portuguese coins. In 1643, on the occasion of a new augmentation of rated values, the silver cruzado worth 400 réis was introduced. The name cruzado derived from the cross on one face. The obverse bore Portugal's coat of arms, five crests within a cross surrounded by seven castels. Initially, silver cruzados weighed 22.95 grams, which corresponded to the taler coin. Over the following years, however, their face value was repeatedly increased to finance the war against Spain, while their fineness and weight were lowered. In 1688, finally, a cruzado novo was introduced; its weight was set on 17.32 grams, and even though the coin designated a value of 400 réis, it was circulated at a nominal amount of 480 réis.