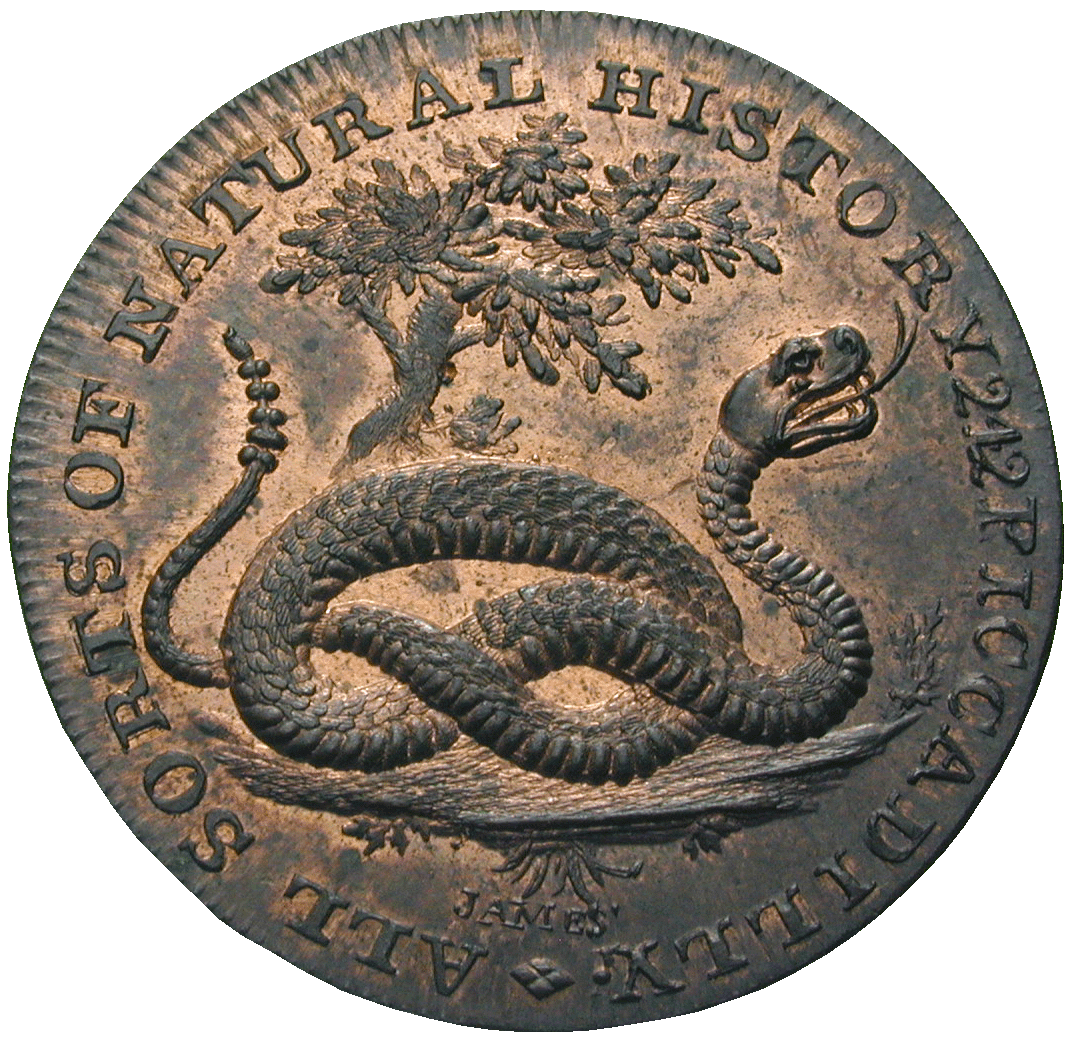 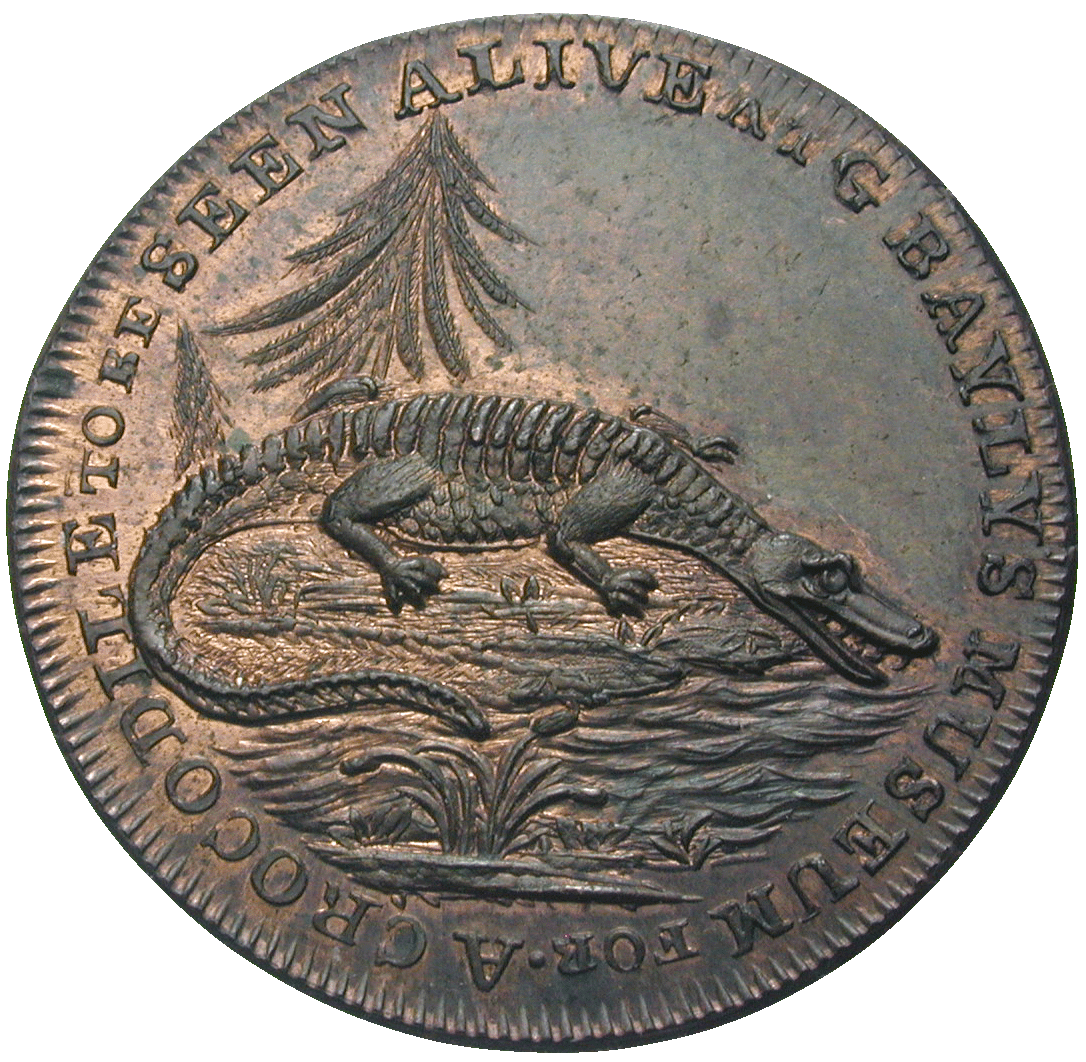 In the late 18th, the British government issued no copper coins for the general public anymore; small change was in great demand. Much-needed small change was instead issued by private persons or enterprises. These so-called tokens were coined into farthing, halfpenny and penny denominations. Tokens were accepted throughout the British Empire. This undated and scarce token features a crocodile on its obverse. The reptile is on a small island, ready to plunge into the water. Two trees are in the background. The obverse inscription reads A CROCODILE TO BE SEEN ALIVE AT G. BAYLY’S MUSEUM FOR. The inscription continues on the reverse with ALL SORTS OF NATURAL HISTORY 242 PICCADILLY. Within the inscription is a coiled rattlesnake under a tree.