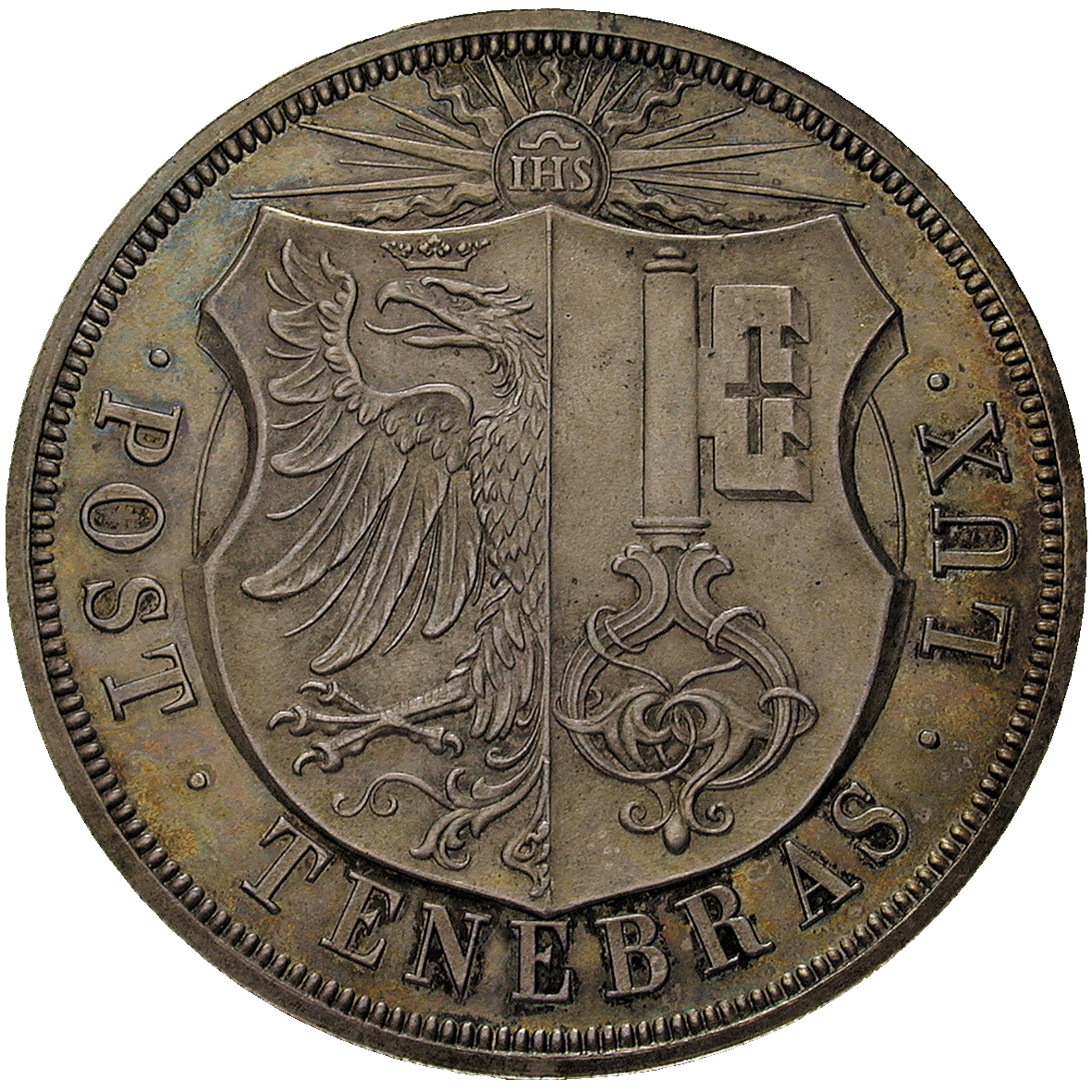 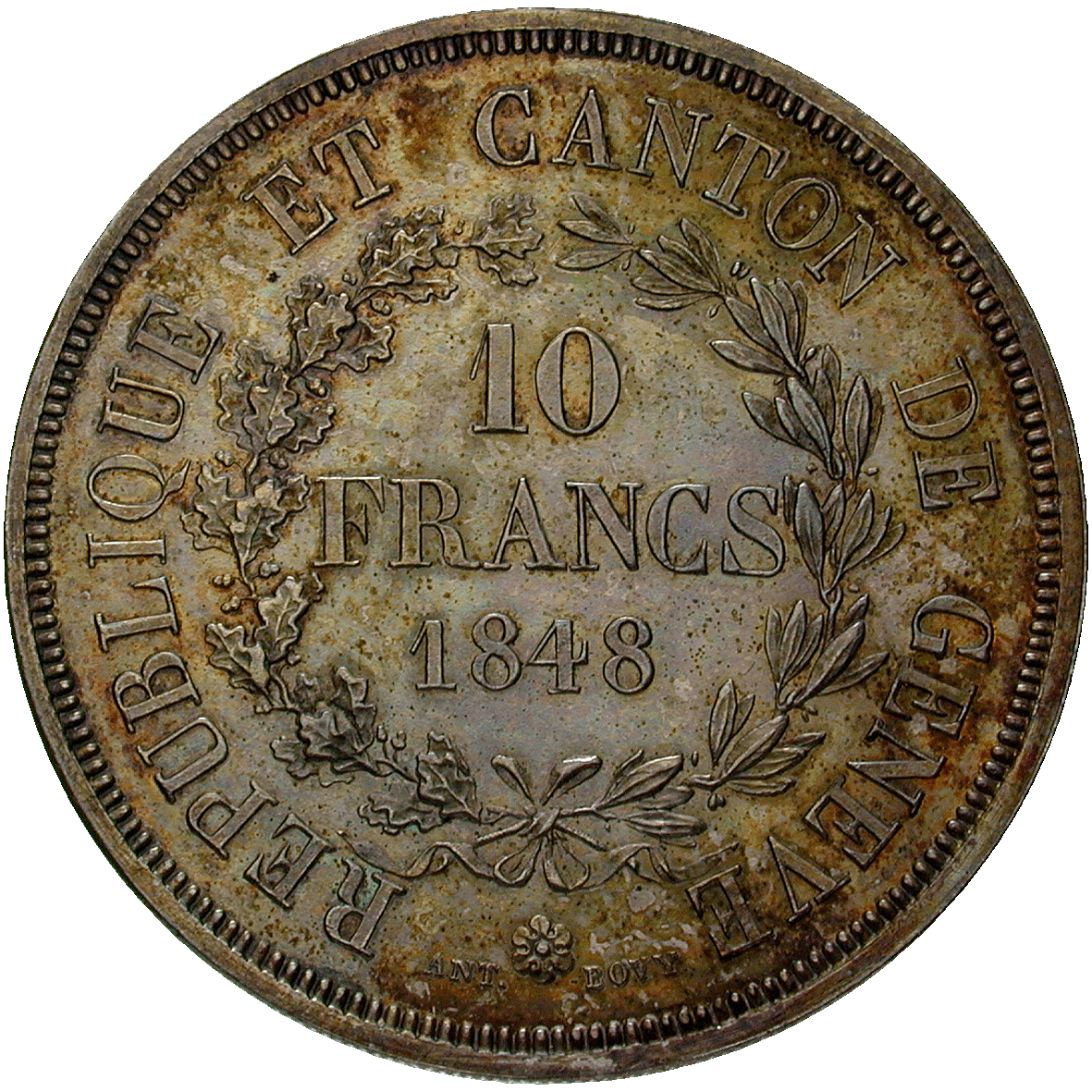 Despite much initial resistance, the basis of the new single national currency that was introduced in Switzerland in 1850 was the French coinage system. The basic unit was the silver franc, which was originally created by Napoleon Bonaparte for the Helvetic Republic (1798-1803). Coins worth 5, 2, 1 and 1/2 franc were minted, together with small coins of 20, 10, 5, 2, and 1 rappen or centime. In 1851 the old coins began to be withdrawn from circulation, which took a year. During that time a total of 65,823,017 coins were withdrawn, comprising 75 different types.