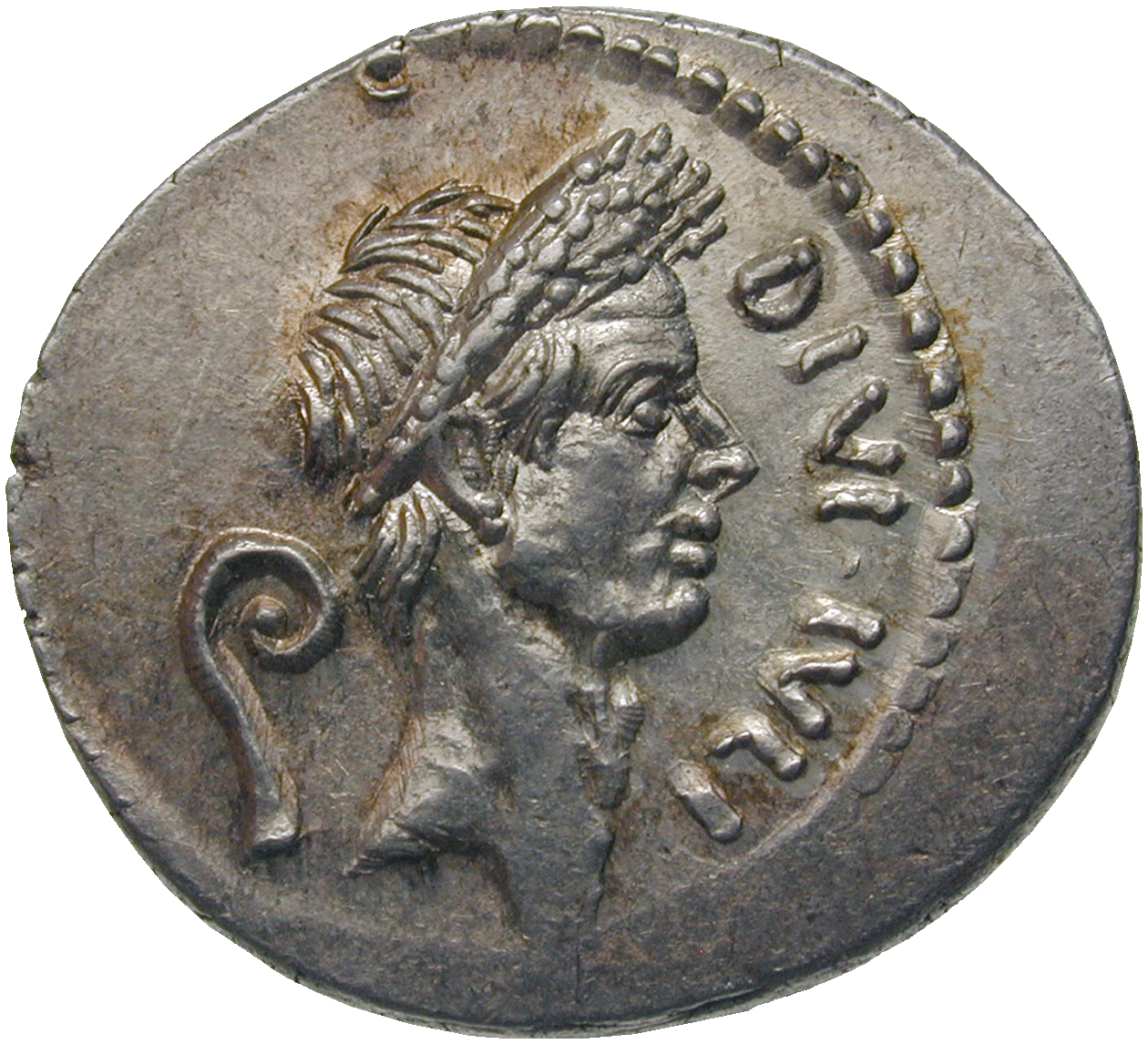 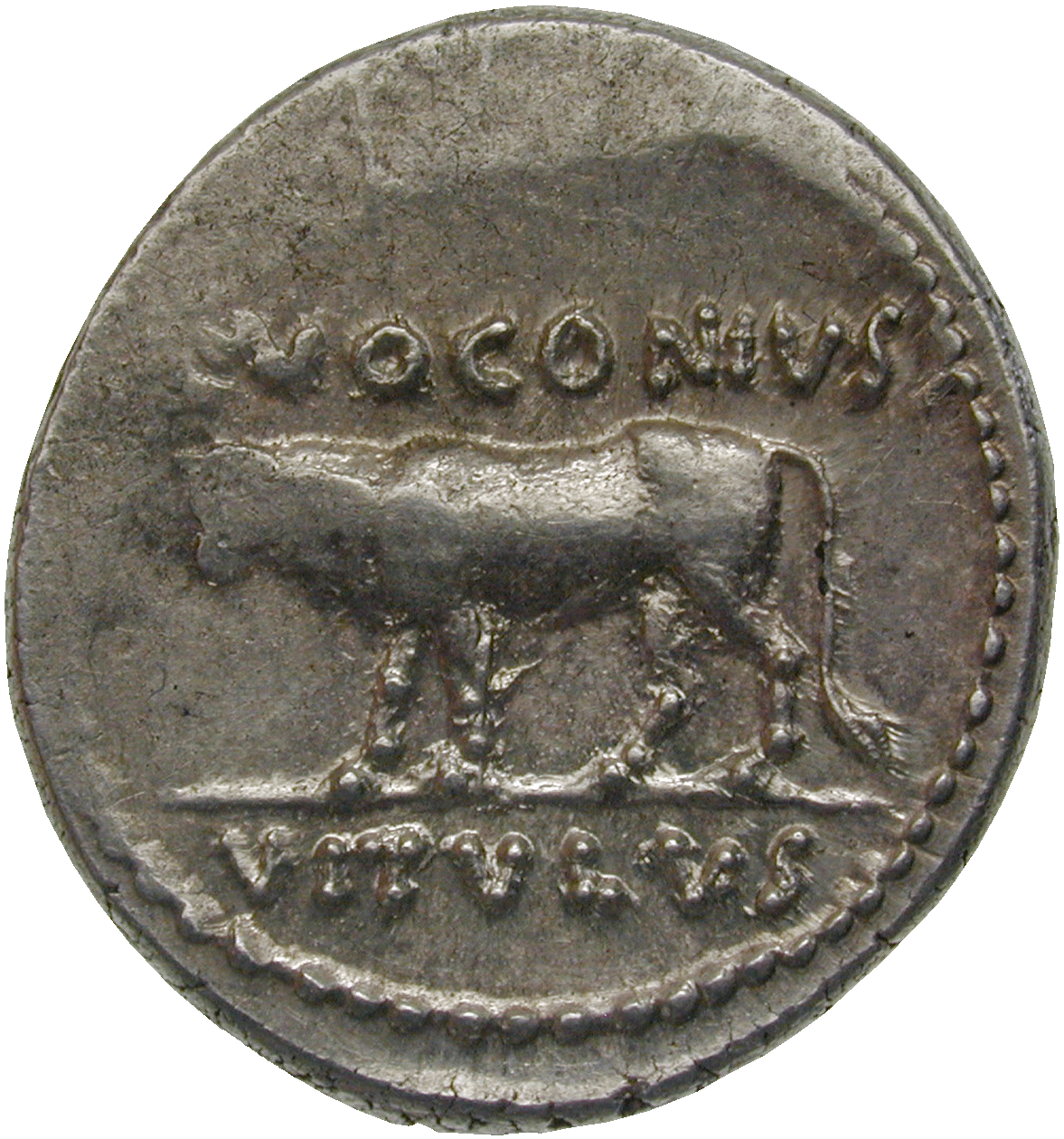 Of Quintus Voconius Vitulus, the issuer of this denarius, is only known that he was a moneyer of the Roman Republic in the year 40 BC. On his coins he venerated Gaius Julius Caesar, who had been assassinated in 44 BC. After his death, Caesar had been deified by the Senate.

On this denarius, Caesar is honored with the title of 'divus' (DIVI IVLI) for the first time. The staff behind his portrait is evocative of his status as a member of the highly respected priestly collegium of Augurs.

The reverse of the coin refers to the moneyer himself. The inscription VOCONIVS VITVLVS goes well with the design, for Vitulus denotes a male calf in Latin.