Republic of the United Netherlands, Province of Utrecht, Ducaton of the Silver Rider 1764 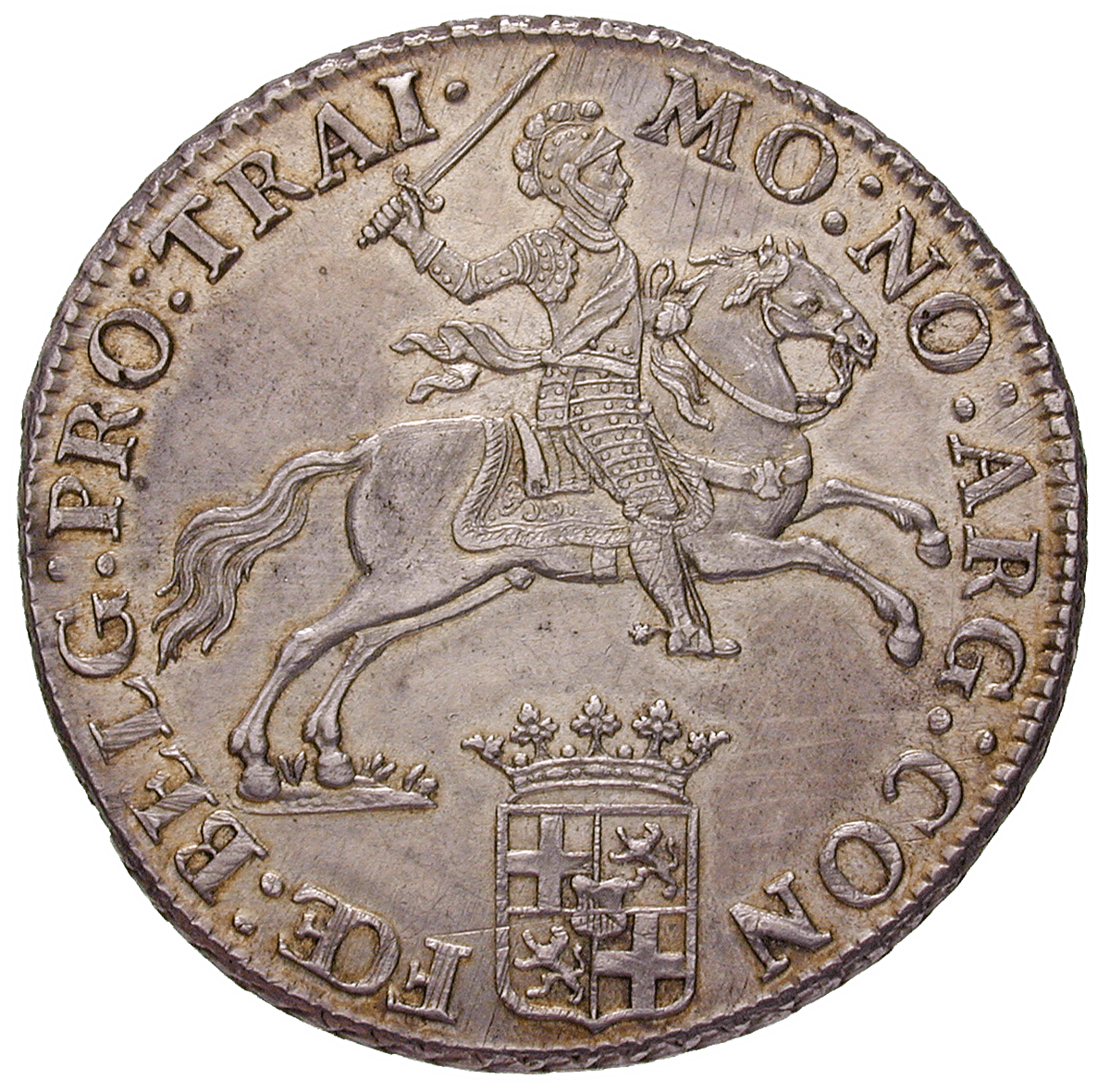 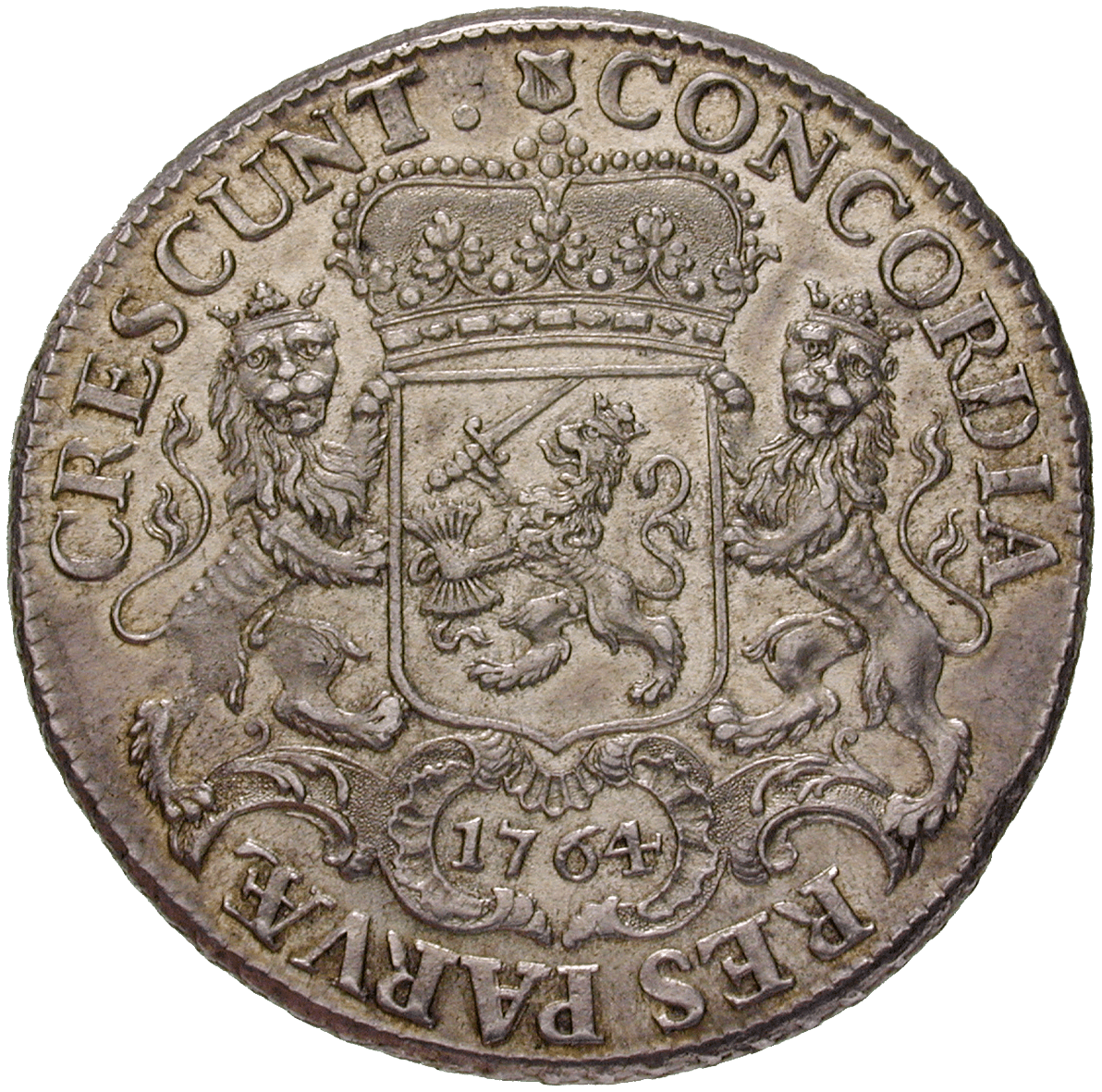 The "silver rider" was one of the four large silver coins of the United Netherlands in the late 17th century. It was no easy matter to grasp the Dutch currency system, as each of the four coins had another value. The diversity of the Dutch silver coins reflected nothing less than the eventful history of the Republic – influenced by superpowers such as Spain, Hapsburg, England and France. The silver rider, nominally a ducaton, had its origins in a Spanish coin. Silver riders were minted right until Napoleon's troops occupied the United Netherlands during the French Revolution of 1789. The obverse depicted a horseman in full arms, sword raised, on a galloping horse, while two lions held the shield of the States-General on the reverse.