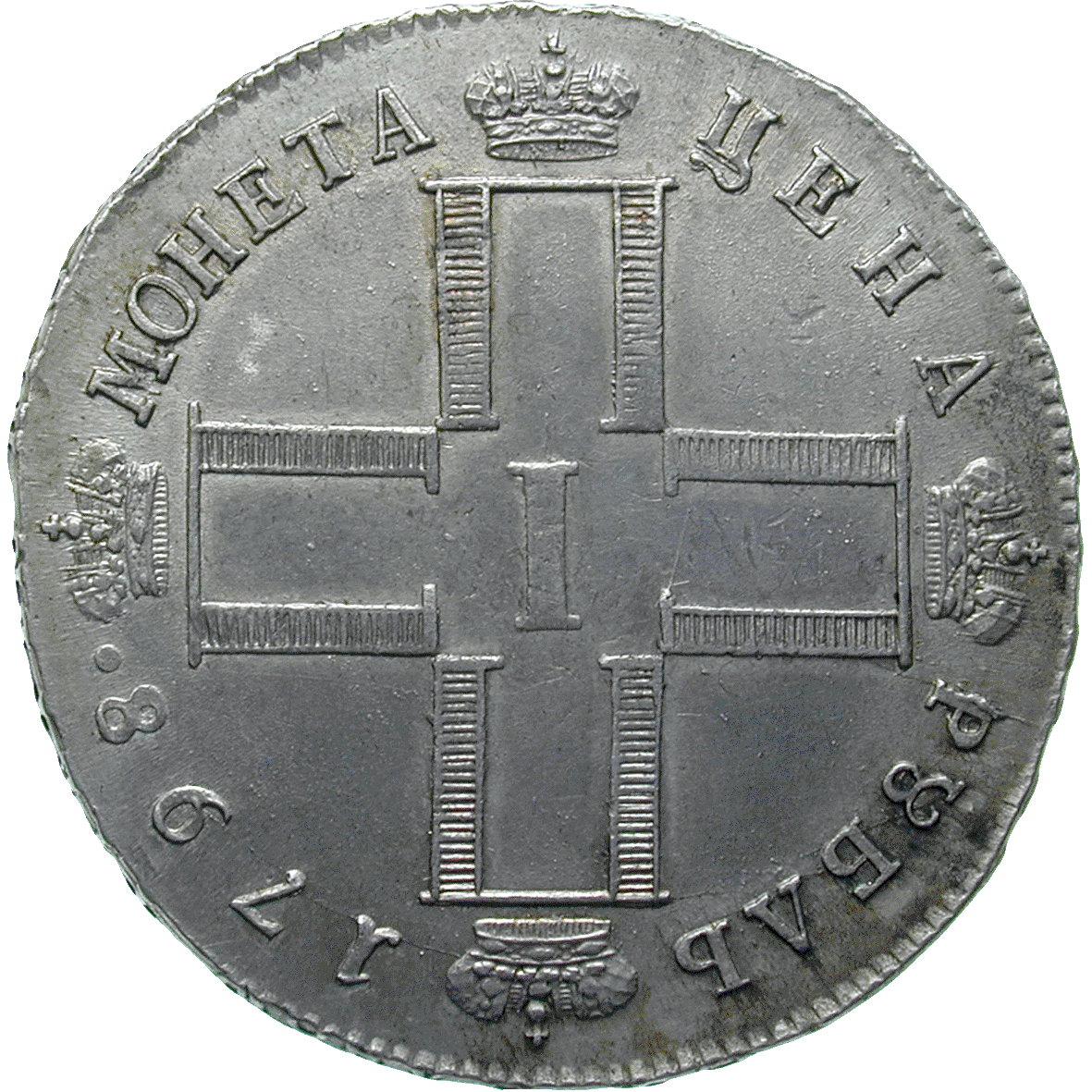 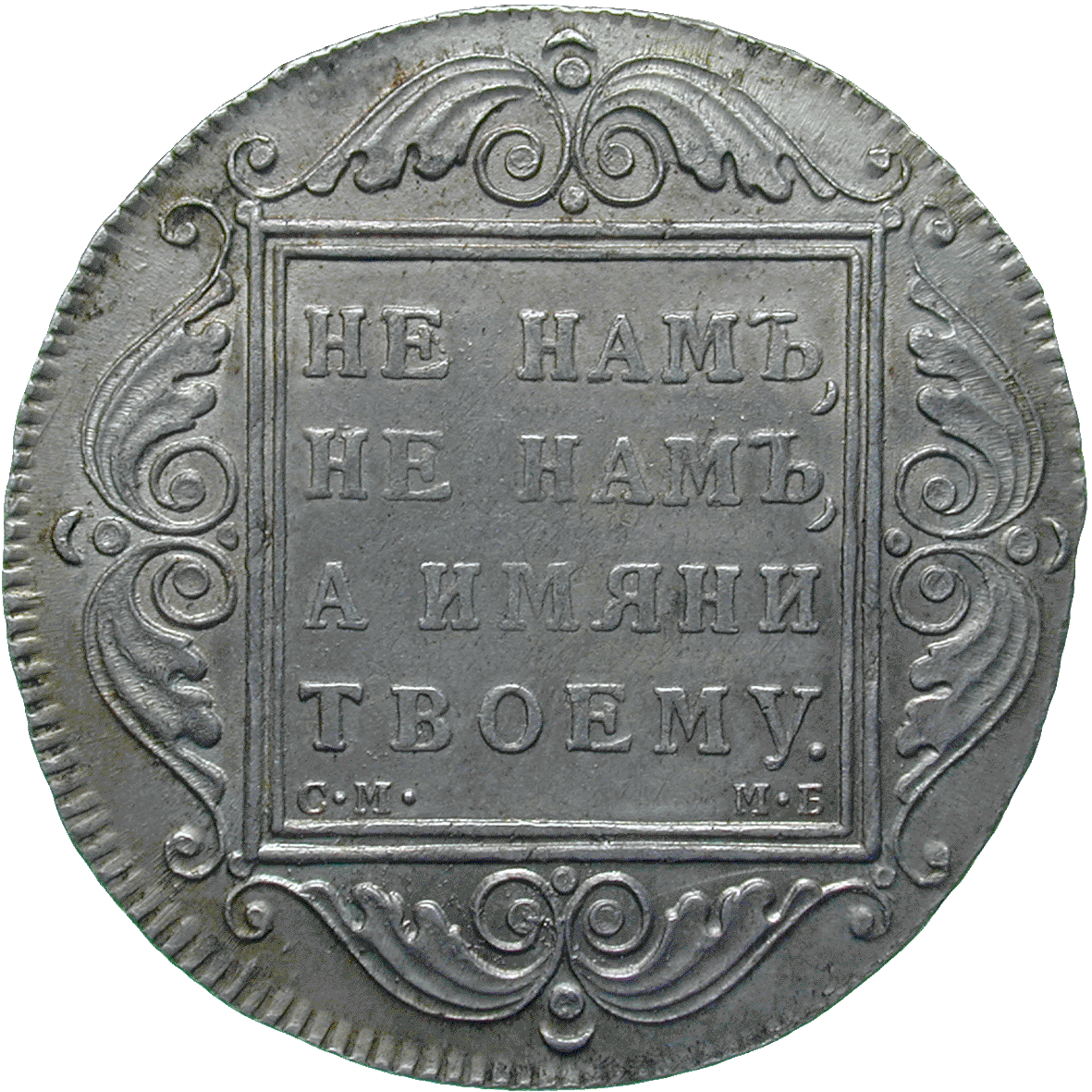 Tsar Paul I (1796-1801) had a short and unsuccessful reign. In 1798, he entered an alliance with Austria, Great Britain, Naples and the Ottoman Empire against Napoleonic France. Only a year later, however, he surprisingly dissolved this union, and sided with Napoleon. This supposedly was the main reason for his assassination: In 1801, some aristocratic conspirators strangled Paul to death after he had resisted signing his abdication. The obverse of Paul's coins bore a simple cross, formed from the (Cyrillic) initial of his name. The reverse depicted psalm 115: "ne nam, ne nam, a imeni tvoemu" – not to us, not to us, but to your name." The whole dictum goes: "not to us, not to us, but to Thy name give glory!" and was the motto of the Knights Templar.