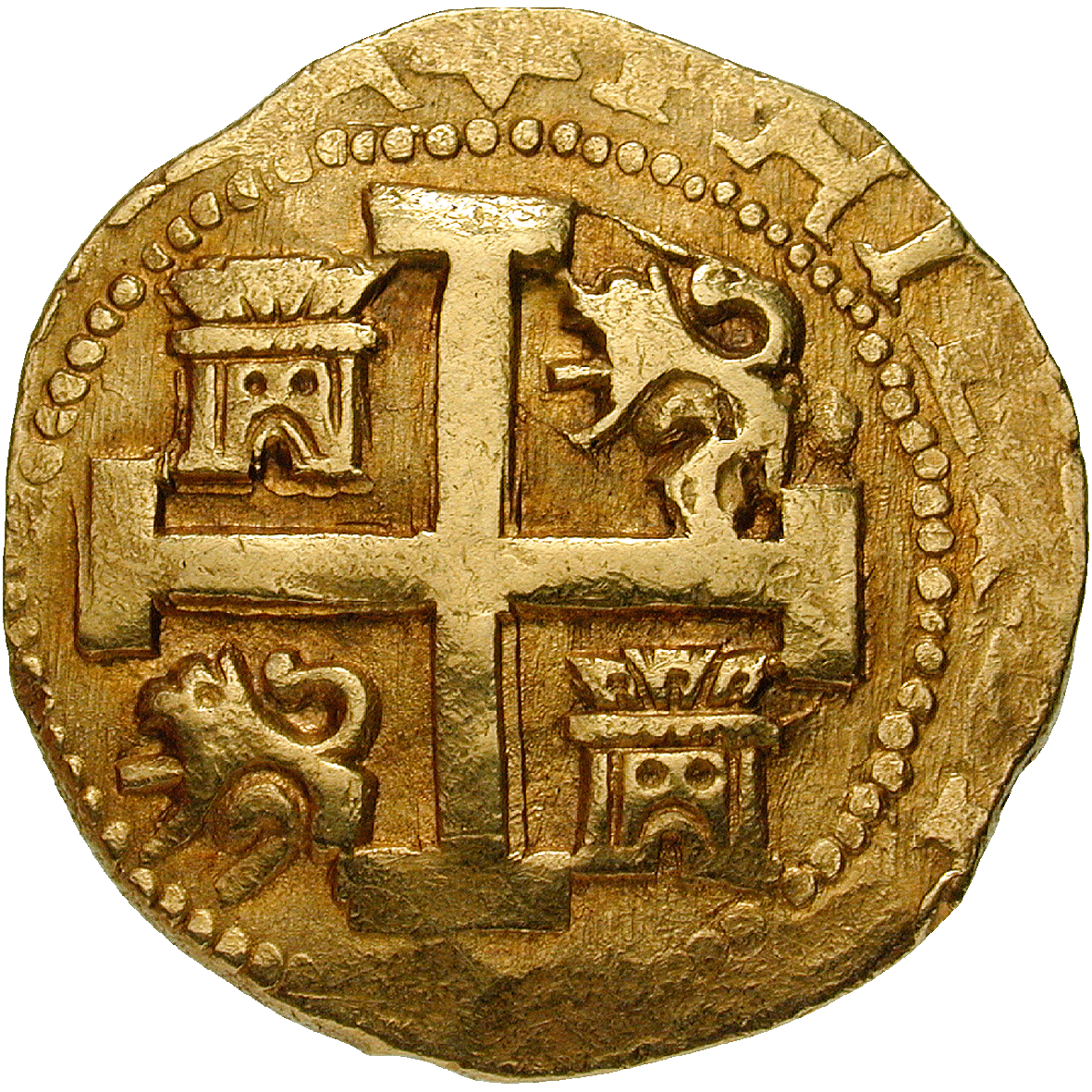 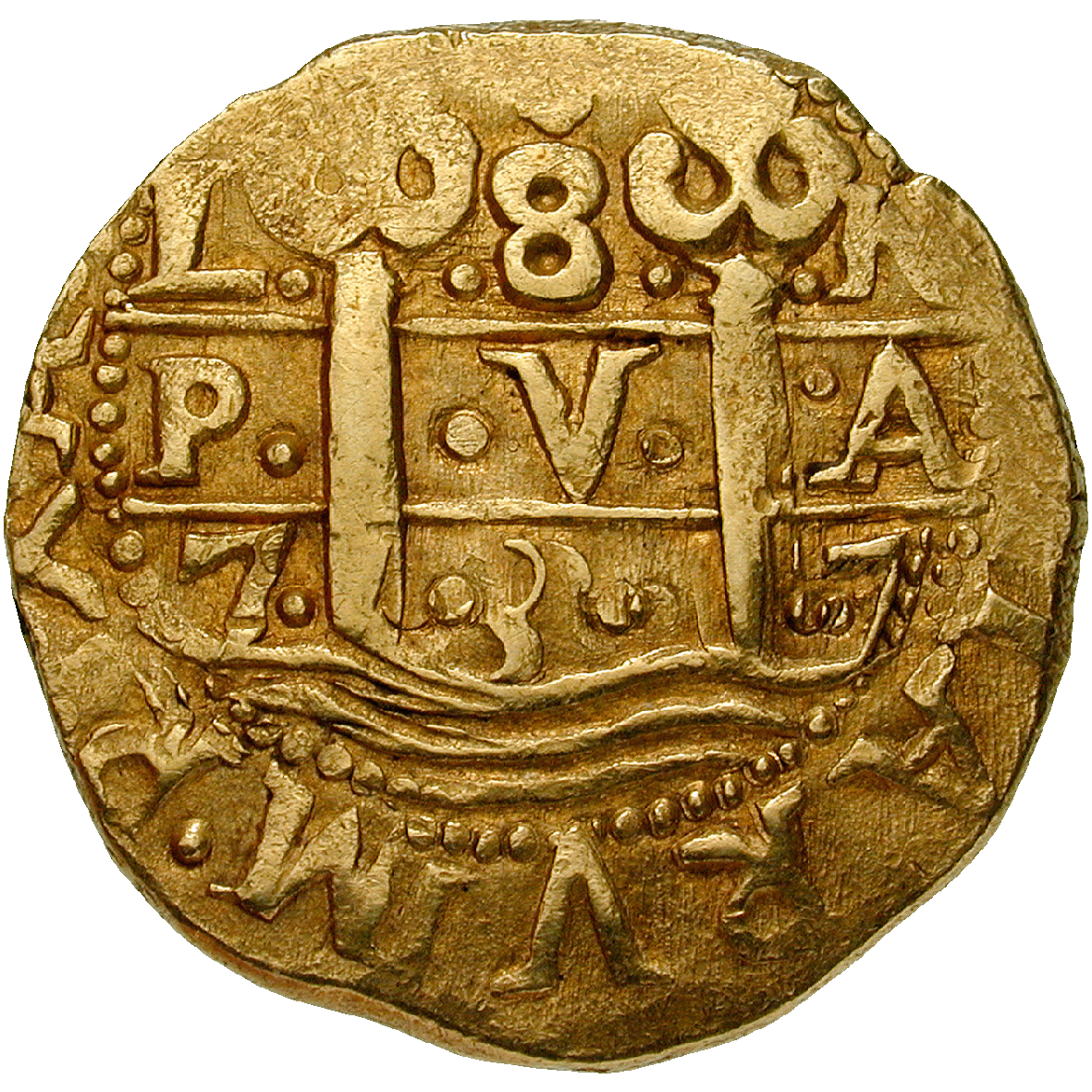 In 1538 the Spanish King Charles I enacted a law that forbade the coining of gold coins in Latin America. This law was fastidiously followed; gold coins were struck in the Spanish colonies only after 1675. In Lima, Peru, the first gold coin originates from the year 1696.

The images on these early Peruvian coins were so large that the legends were barely readable and often overlapped the coins. This defect made these coins very unpopular.

This onza shows the castle of Castile and the lion of León on its obverse. The reverse presents a traditional Spanish image in a slightly modified form – the Pillars of Hercules rising from the sea. These two pillars symbolized the Strait of Gibraltar, the passage from the Mediterranean to the vastnesses of the Atlantic Ocean.