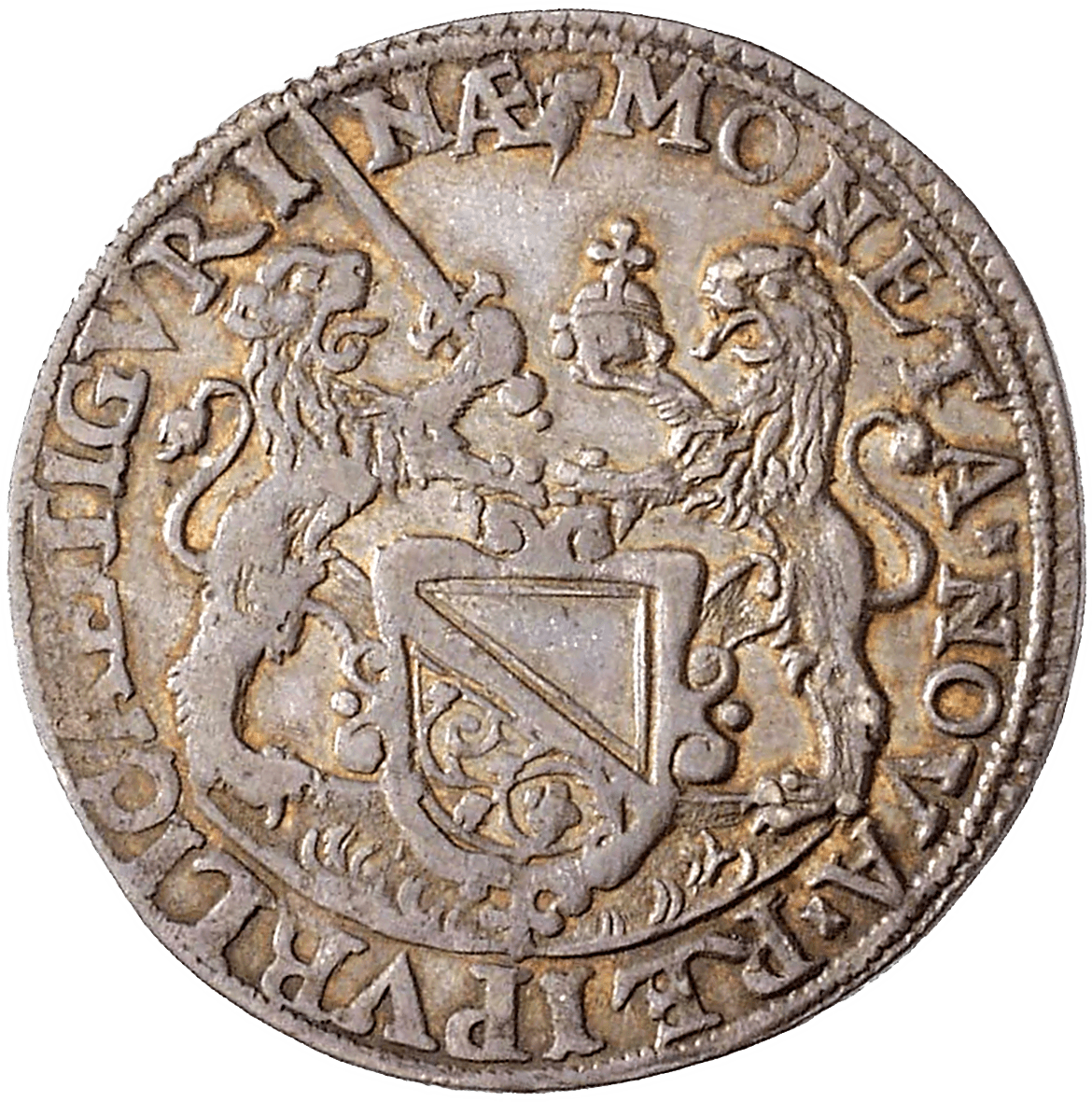 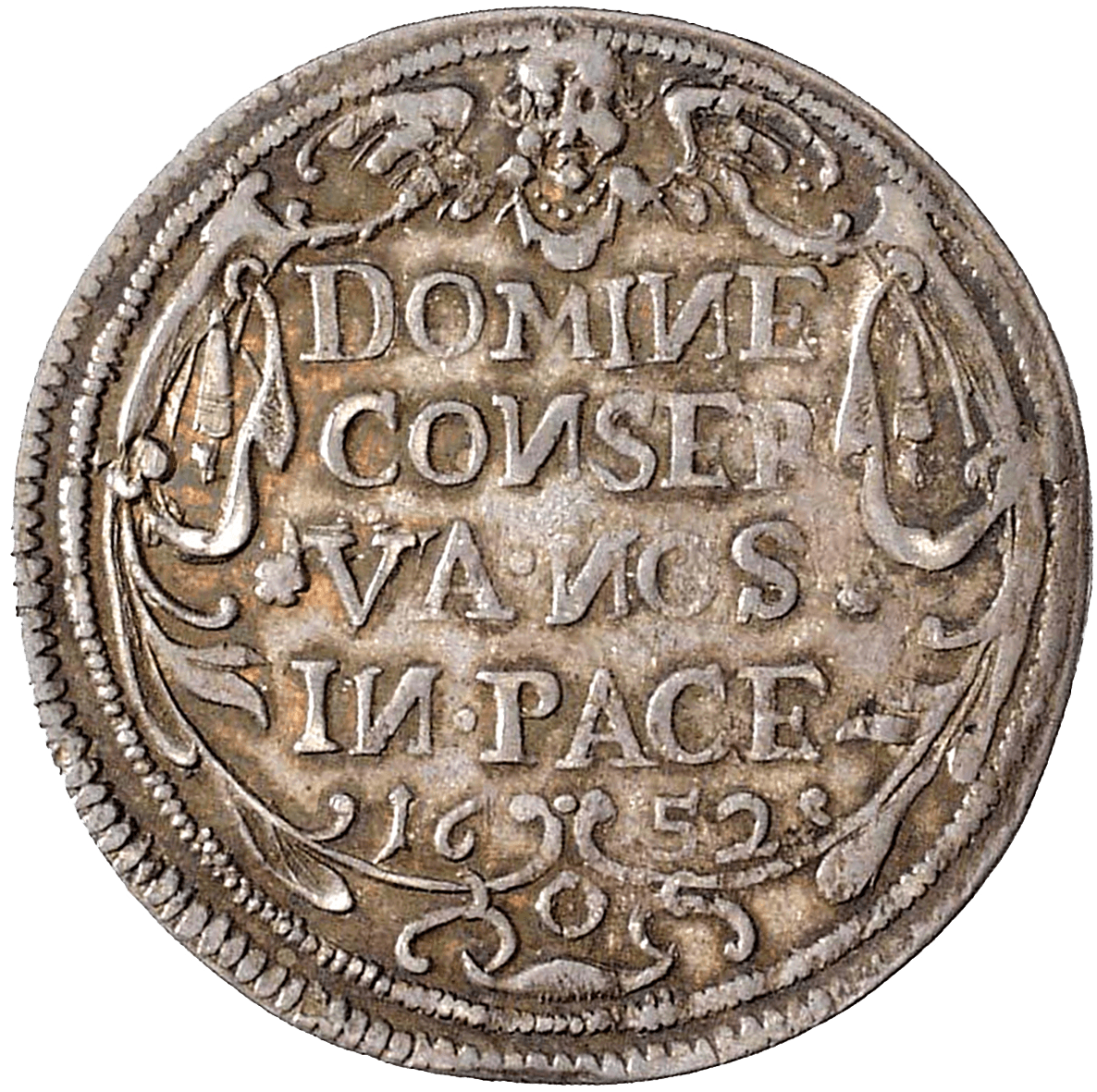 The year of 1648 brought the Peace of Westphalia and the end of the Thirty Years' War. The Swiss confederates finally gained complete independence from the Holy Roman Empire that year. On the Zurich coins this development had already become apparent a few years earlier: In 1640, the motto CIVITATIS IMPERIALIS (of the imperial city) had disappeared from Zurich's money and been replaced by DOMINE CONSERVA NOS IN PACE, 'Lord, preserve us in peace'. An understandable wish, considering the chaos of war all around.