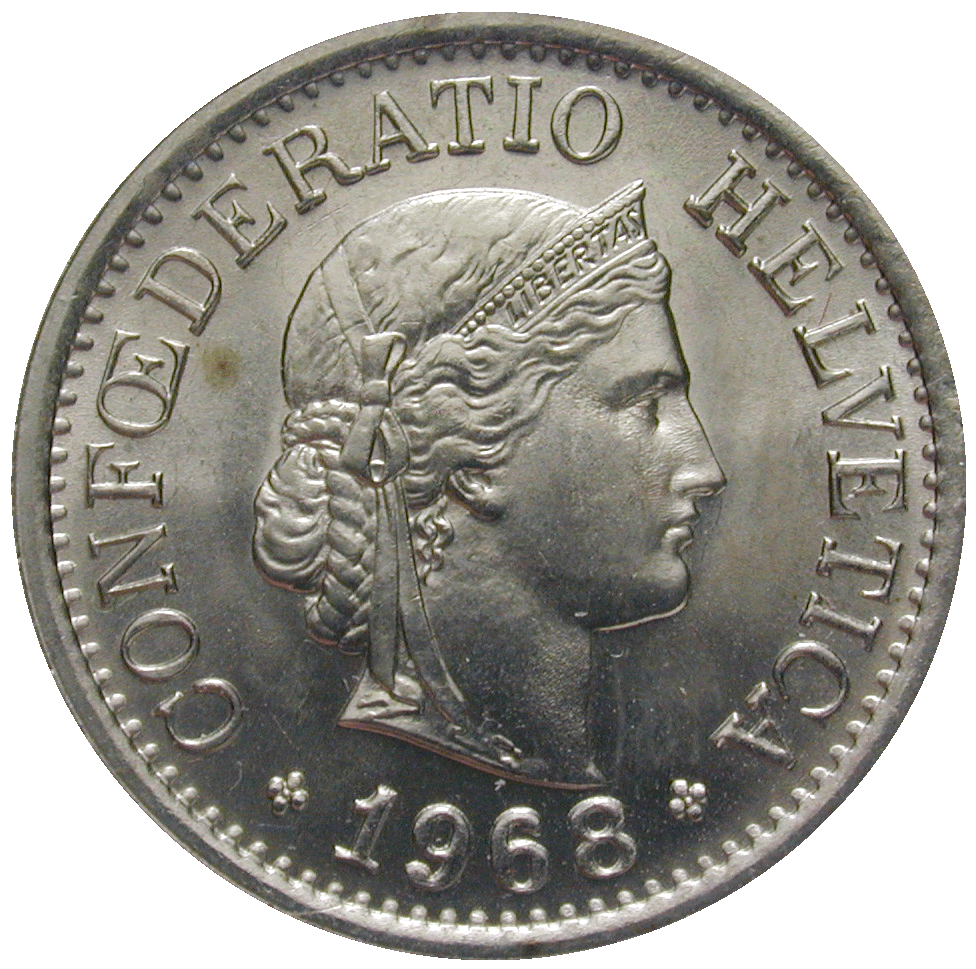 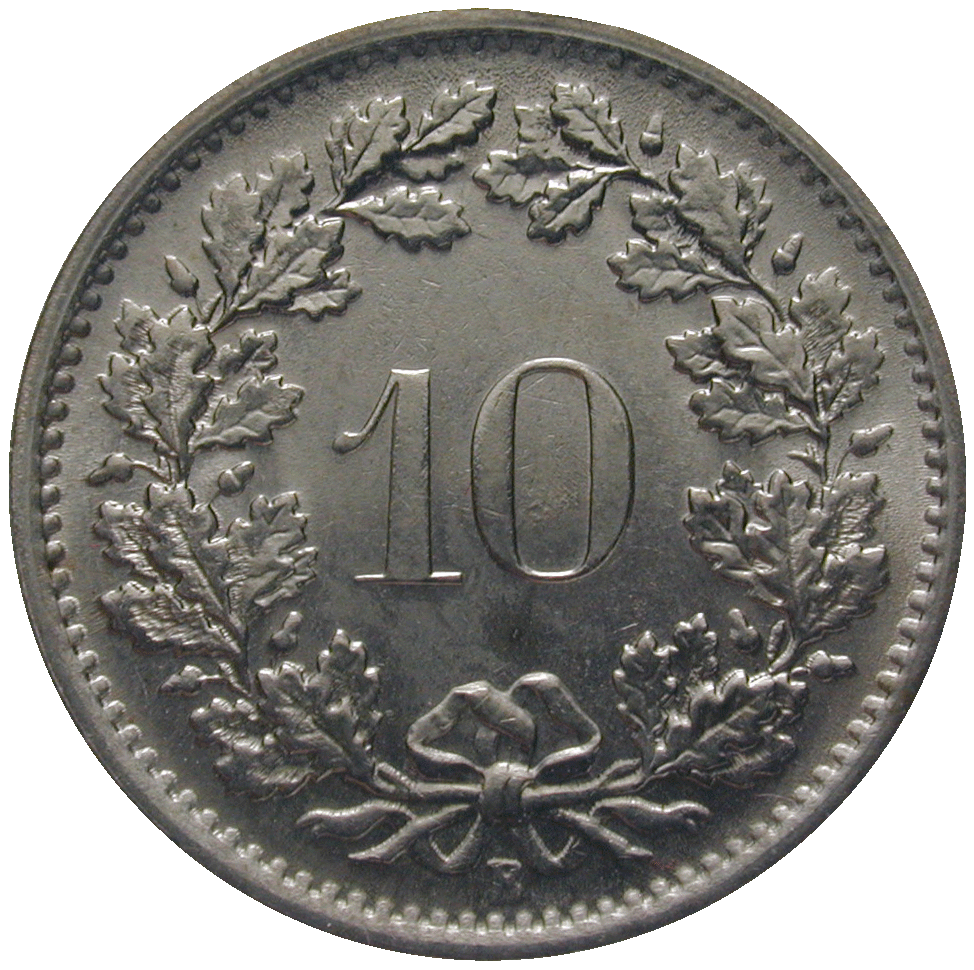 In Swiss dialect, the 10-rappens coin is called a "batzen" sometimes. This refers to a coin produced by Berne from the 15th to the mid-19th centuries. Other Swiss cities soon copied the highly popular Bernese coin. During the time of the Swiss Republic (1798-1803), when a single currency circulated in Switzerland, 1 franc equaled 10 batzen, and 1 batzen equaled 10 rappens. With the introduction of the Swiss franc in 1850, the batzen denomination was no longer officially used. Yet it remained a colloquial term for the 10 rappens coin.