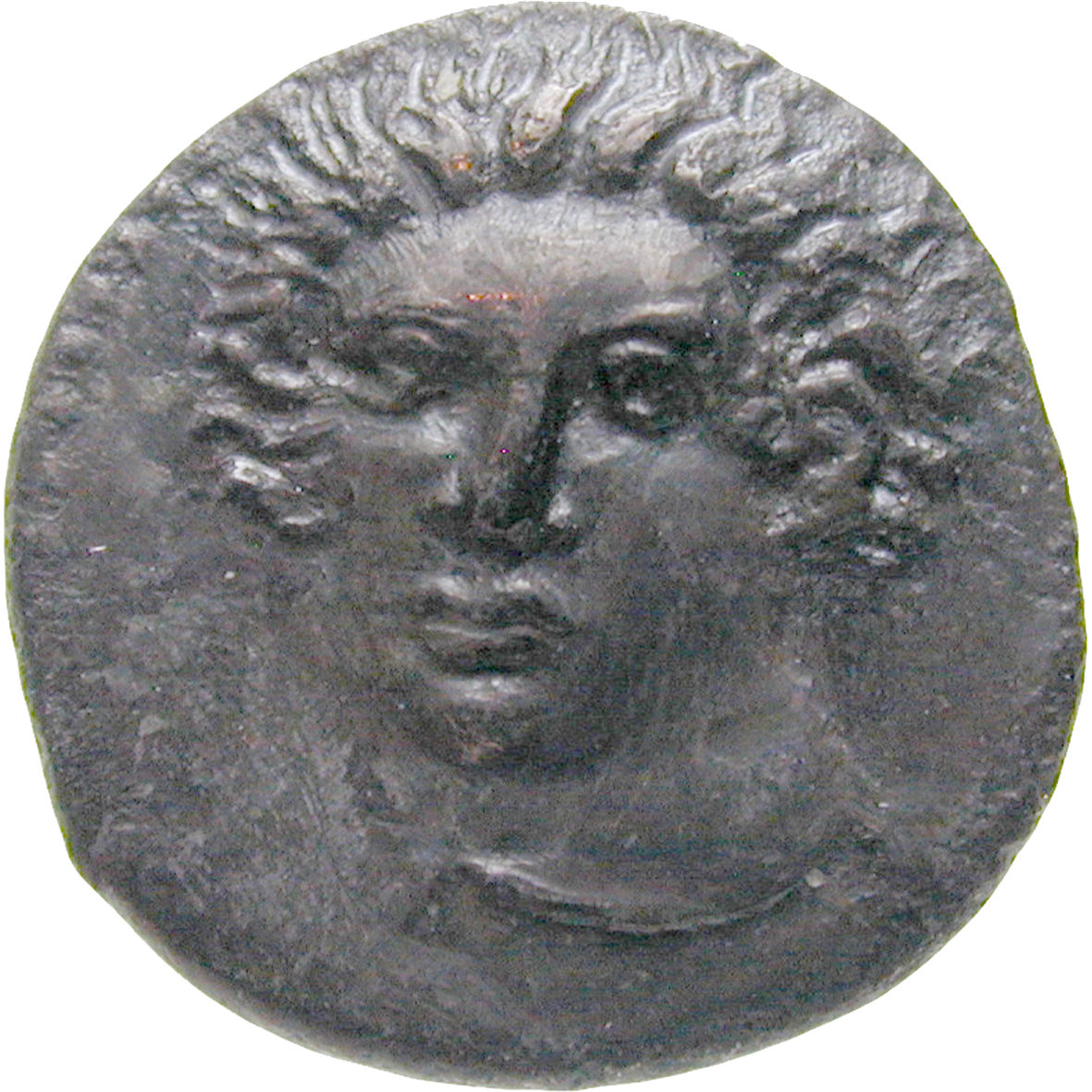 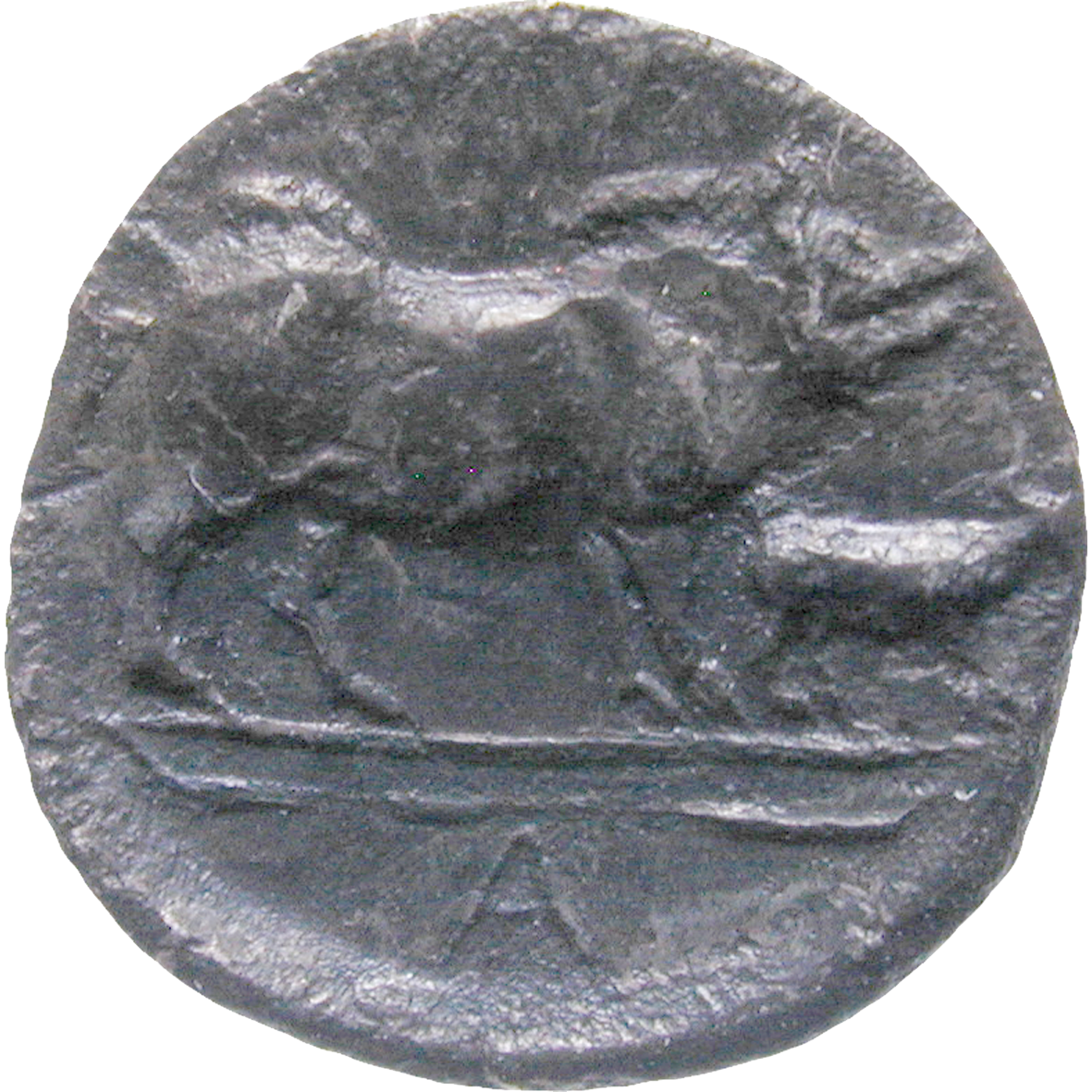 After the Greek colonization of Sicily in the 8th century BC the native inhabitants had the choice between submission and assimilation. By the middle of the 5th century, the process of Hellenization was already far advanced. About that time various Sicel centers began to strike their own coins.

This litra was issued in the in city of Abacaenum, near modern Tripi in northeastern Sicily. It shows a female head and a boar with its young. This refers to the great oak forests around Tripi, in which afford large herds of wild pigs still live today.