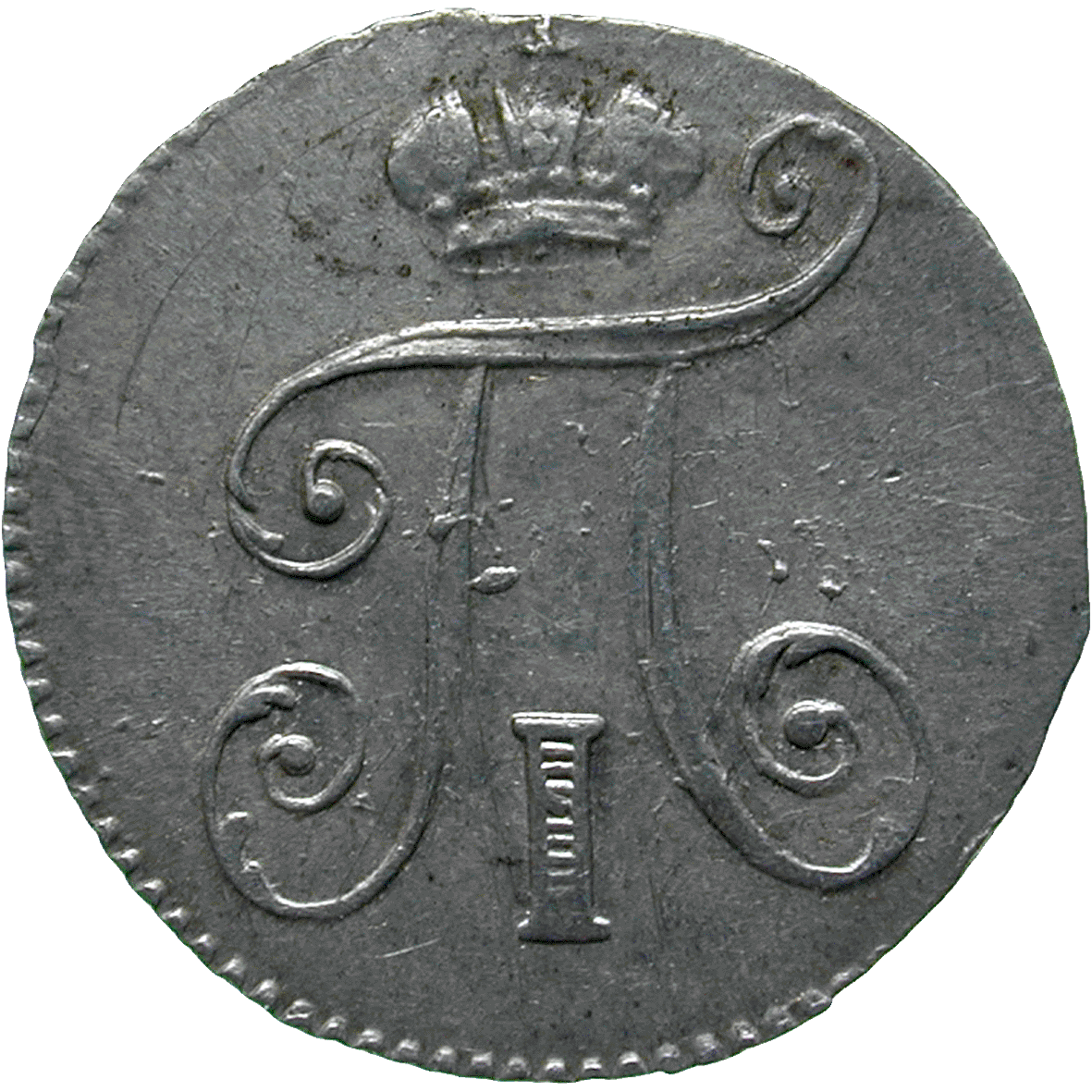 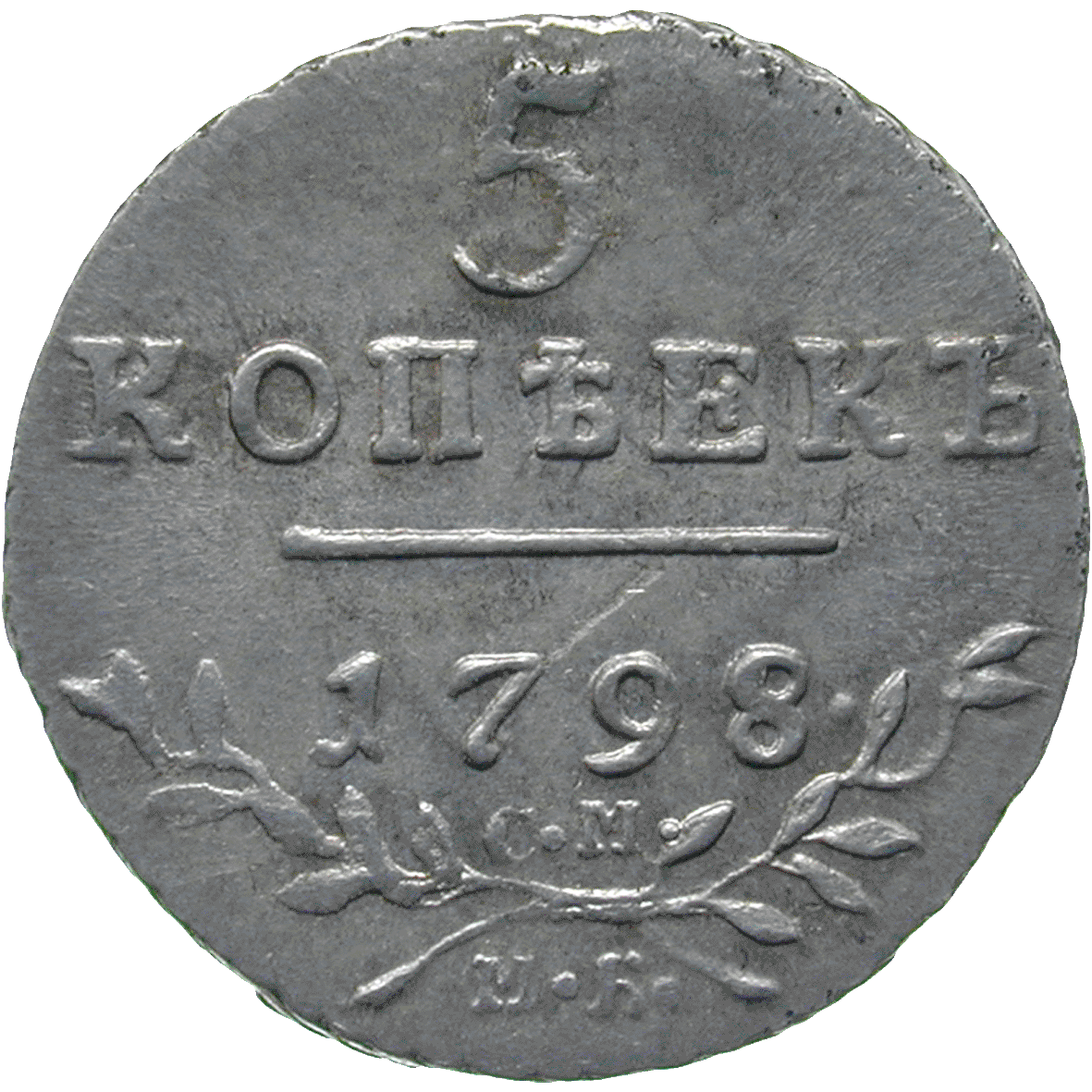 The 5-kopeck-coin has a very changeful history. These coins were called "Piatatshok" which means "fiver" in Russian. The Piatatshok was introduced at the beginning of the 18th century as a silver coin. Subsequently, 5-kopeck coins were minted from copper and from silver by regular turns. At times, silver and copper piatatshiki were even in circulation simultaneously. Under the reign of Paul I (1796-1801), the piatatshok was minted from silver once again. It depicted Paul's monogram on the obverse, while the reverse bore the denomination and the date.