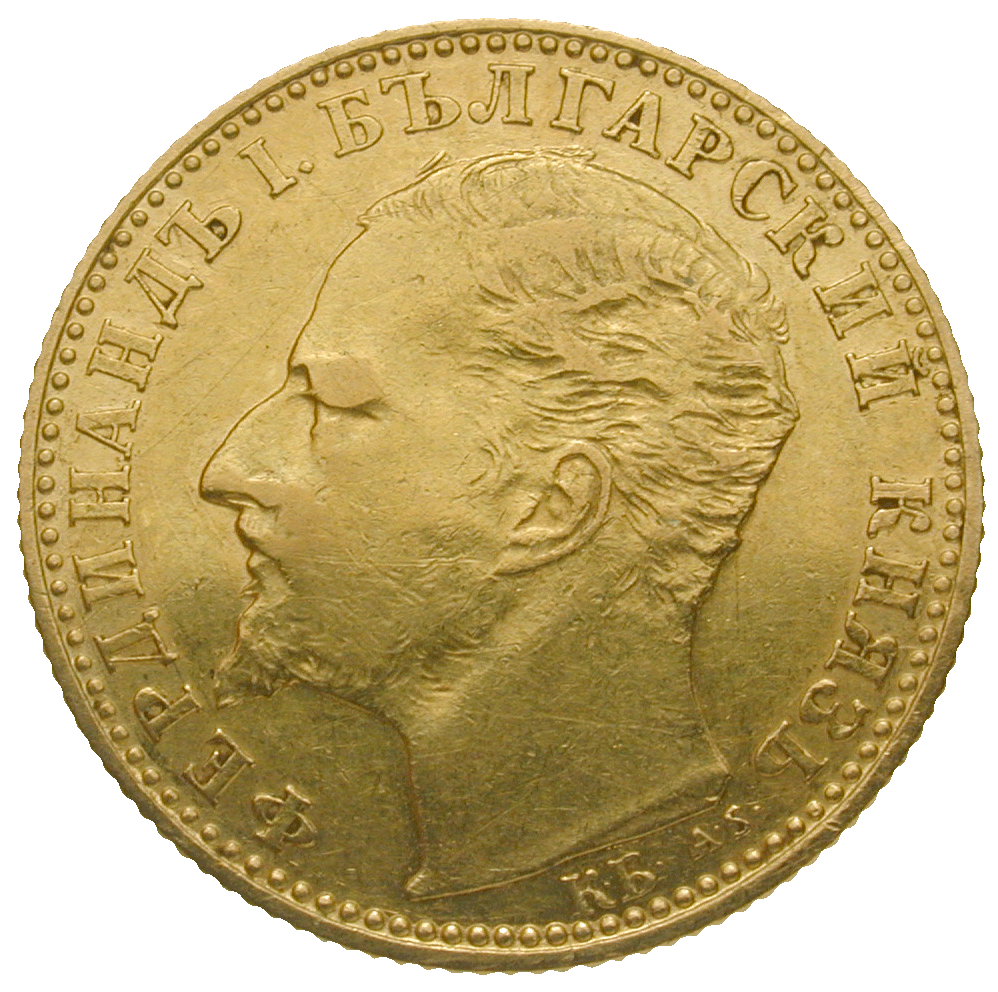 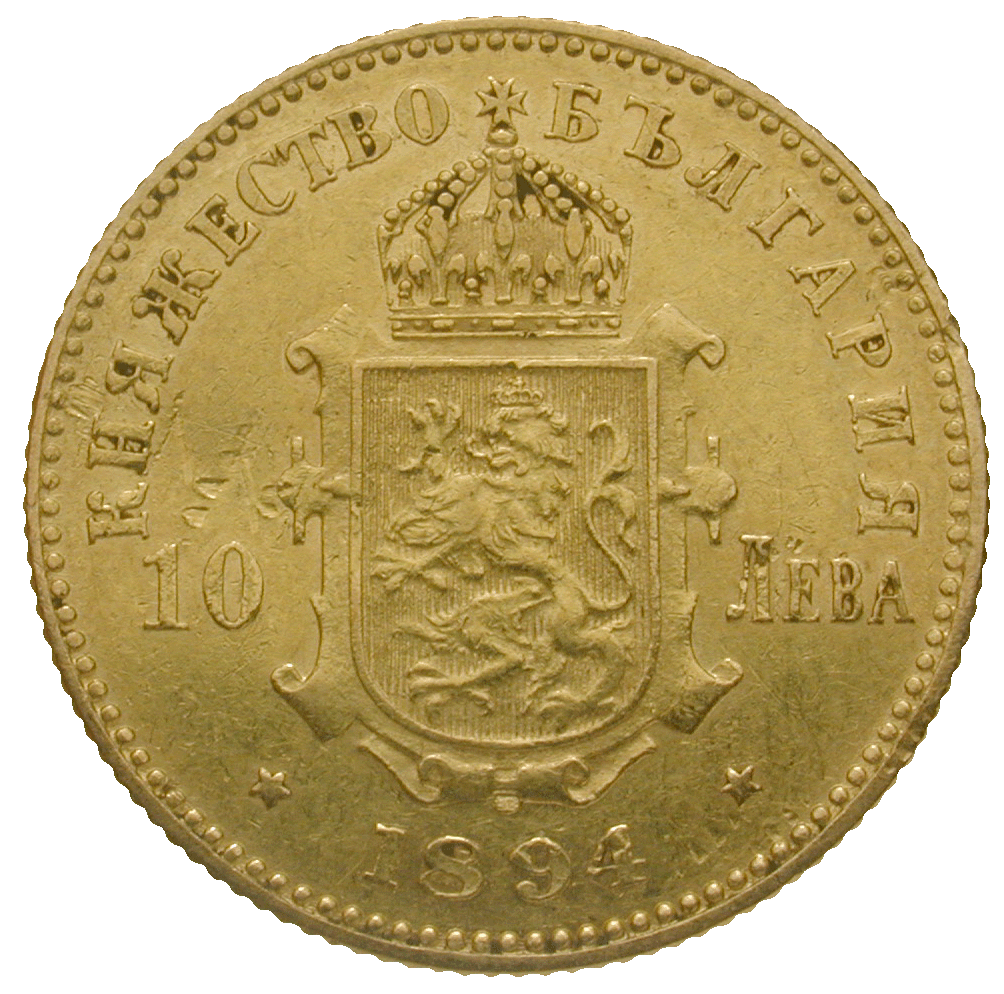 The Bulgarian lev was created in 1880, after the independence of Bulgaria from the Ottoman Empire. The word "lev" (plural leva) means "lion" in archaic Bulgarian. The currency was modeled after the French franc, which was one of the leading currencies in the second half of the 19th century. 1 lev was subdivided into 100 stotinki. Golden leva were issued as from 1894; this piece thus belongs to the very first series. The gold coins had face values of 10, 20 and 100 leva, with 100 leva more or less equaling one Troy ounce of gold. The obverses bore the image of Prince Ferdinand (or Tsar Ferdinand, as he was called in Bulgaria, 1887-1918). The reverse showed the national coat of arms.