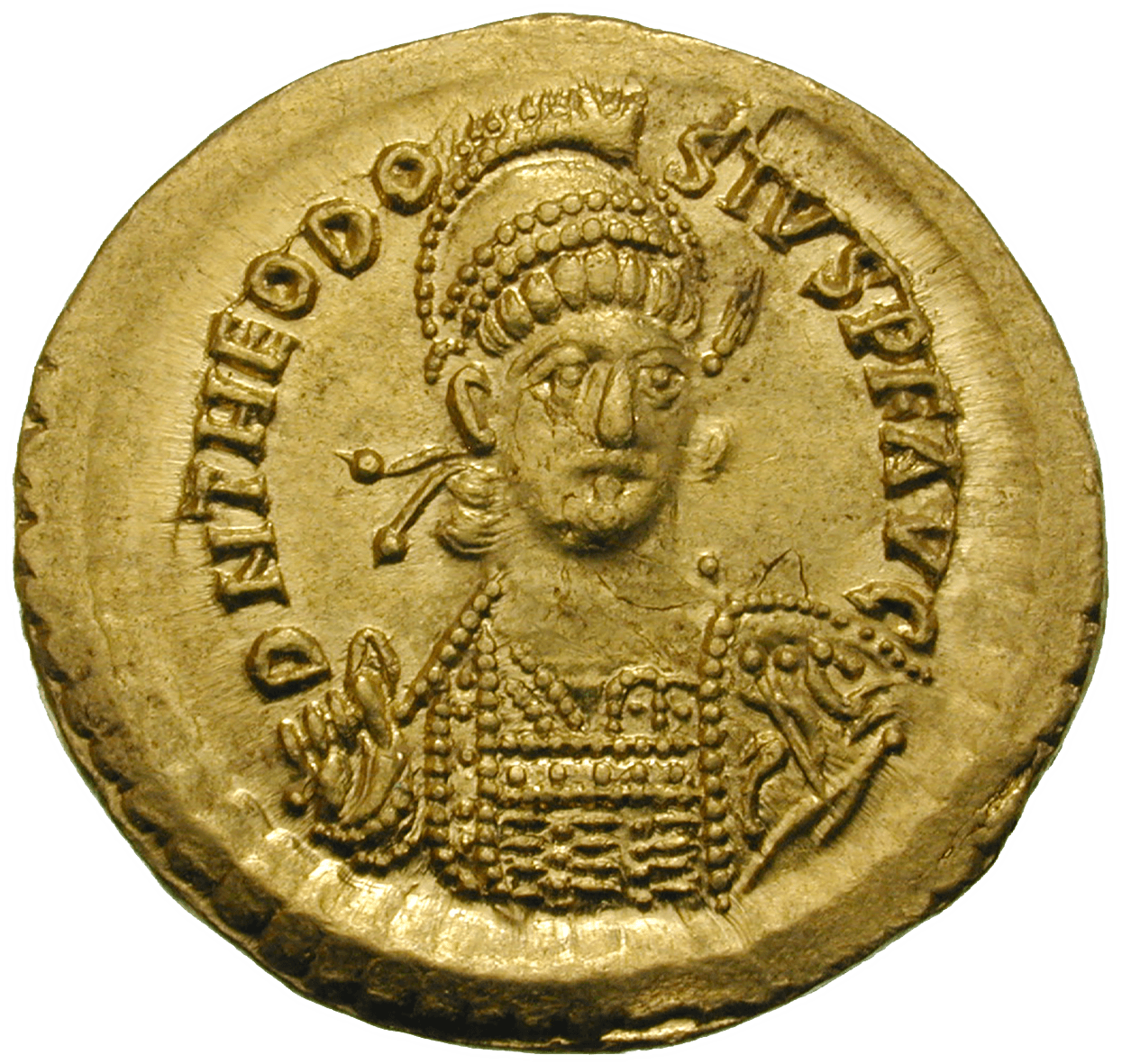 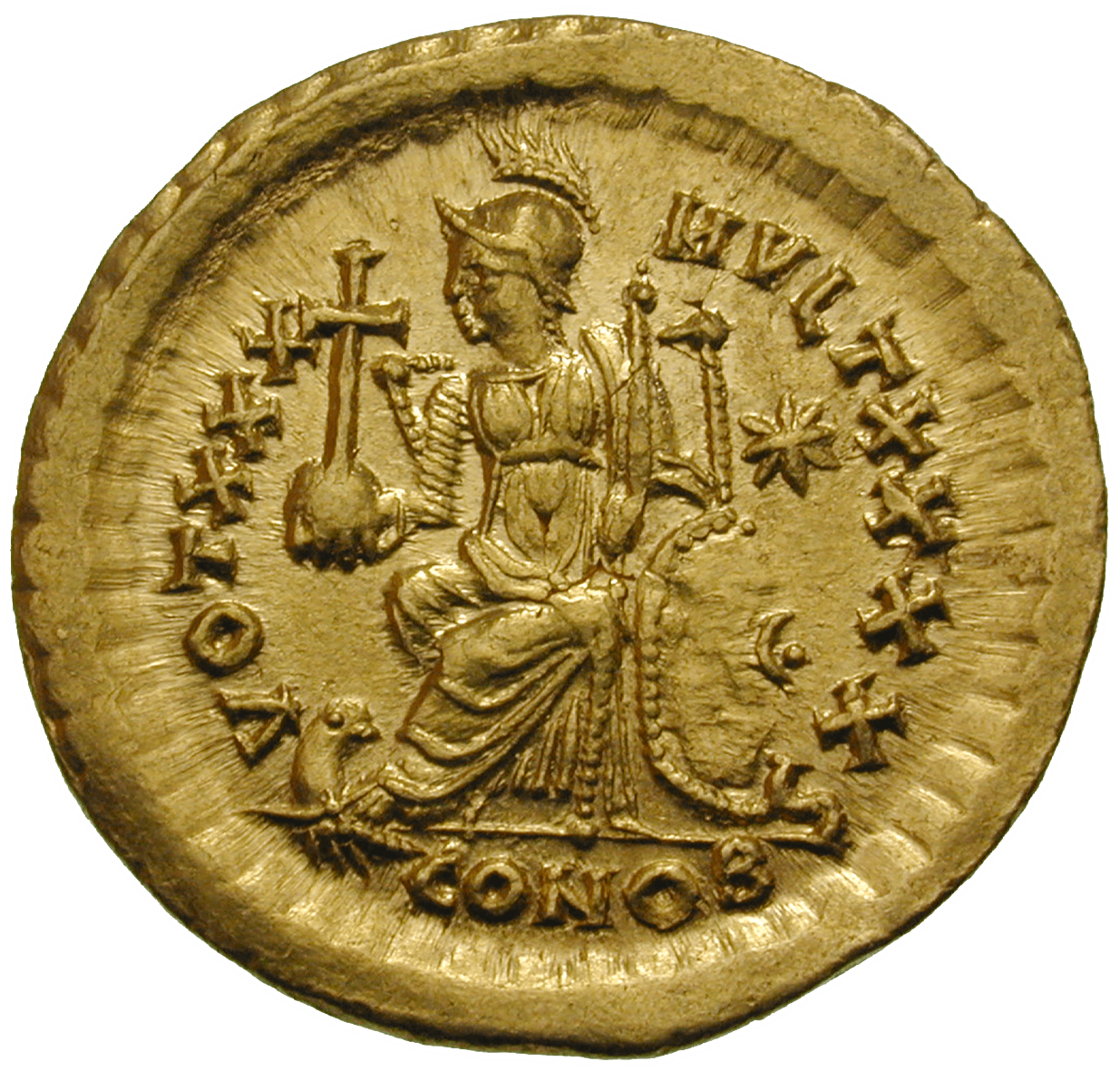 At the age of only seven, Theodosius II followed his father Arcadius on the Roman throne (408-450). The young emperor showed not much interest for politics. This did not matter, however, as the emperor of the Eastern Roman Empire had merely a representative function at that time. Real power lay in the hands of officials acting behind the scenes.

The obverse of this solidus depicts Theodosius wearing a helmet, a shield and a lance. On the reverse sits Constantinopolis, the personification of Constantinople.