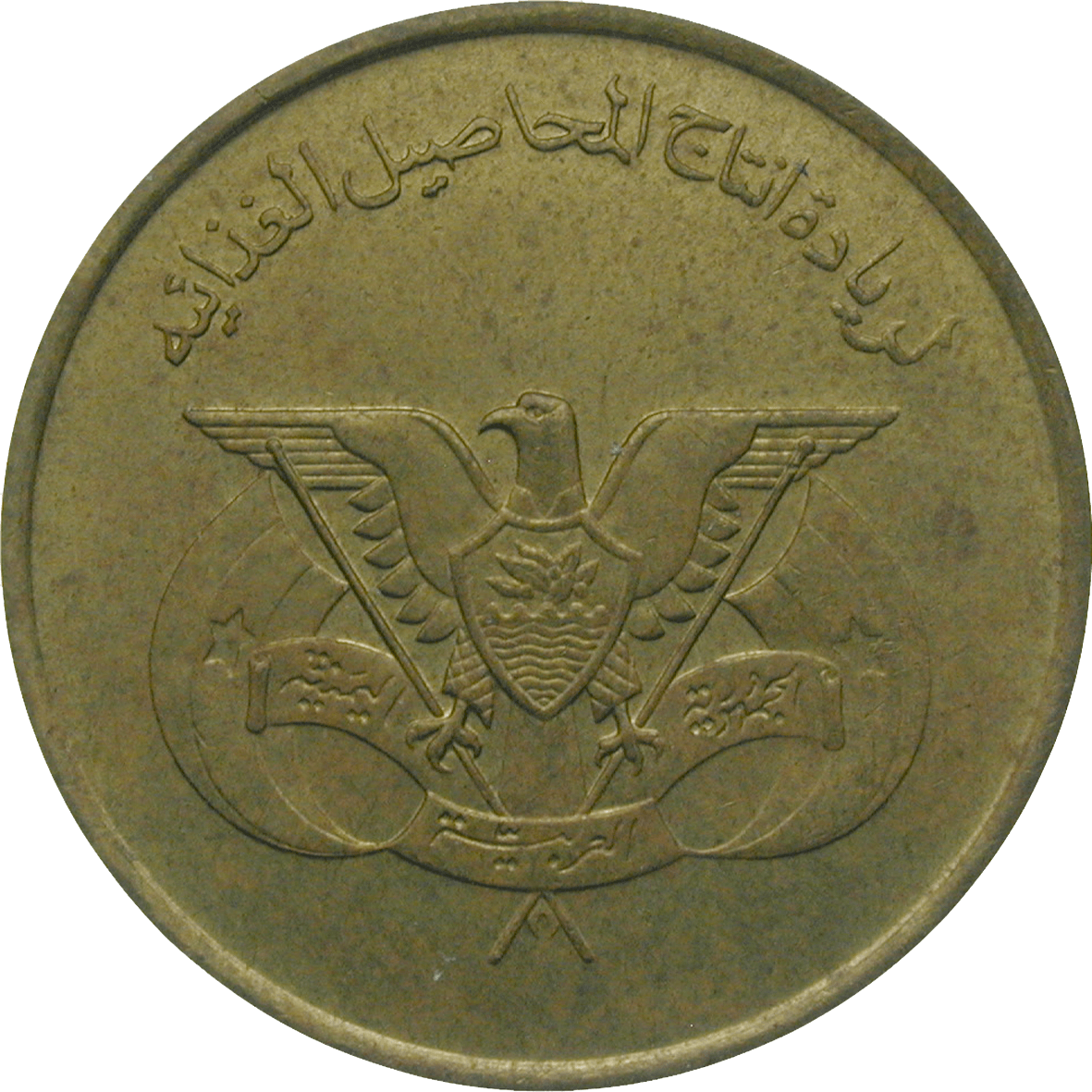 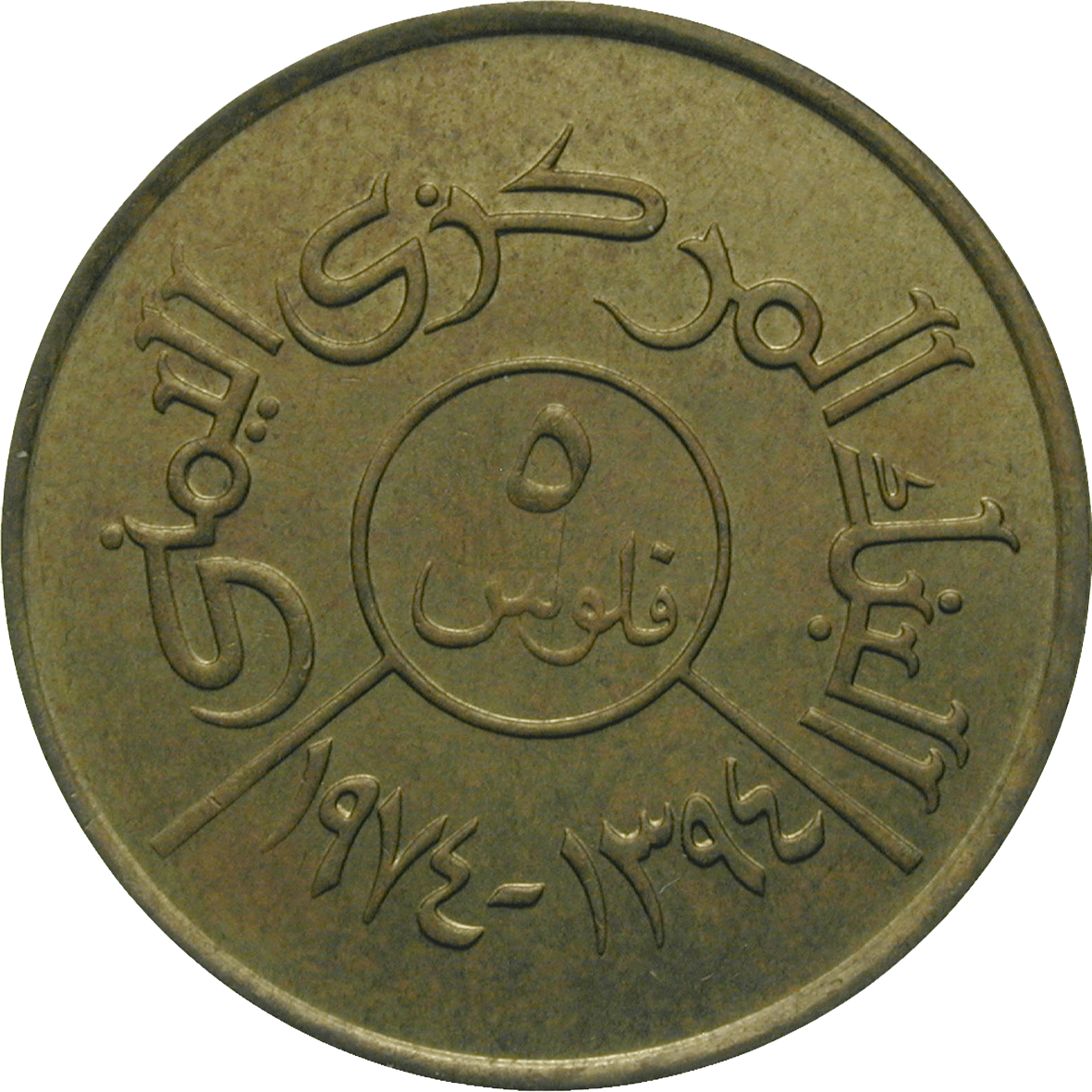 Yemen stood under the control of diverse foreign Islamic authorities for some 1200 years. Until, in 1839, the Brits occupied Aden and established a colony there. This divided the land into South Yemen under British control and North Yemen that remained under the rule of the Ottoman Turks. This division continued until 1990, when the two parts were united again. This coin was issued in the 1970s, a time thus in which Yemen was still divided. The south at that time formed the Peoples Republic of Yemen (since 1967), while the north was called the Yemen Arab Republic (since 1962). In the south circulated the dinar, in the north the riyal. After the unification, both currencies remained legal tender for some years, until the dinar was withdrawn from circulation in 1996. Since then the riyal is the only circulating legal tender in Yemen. Theoretically 1 riyal is subdivided into 100 fils, although due to a low purchasing power that denomination has not been issued since 1990.