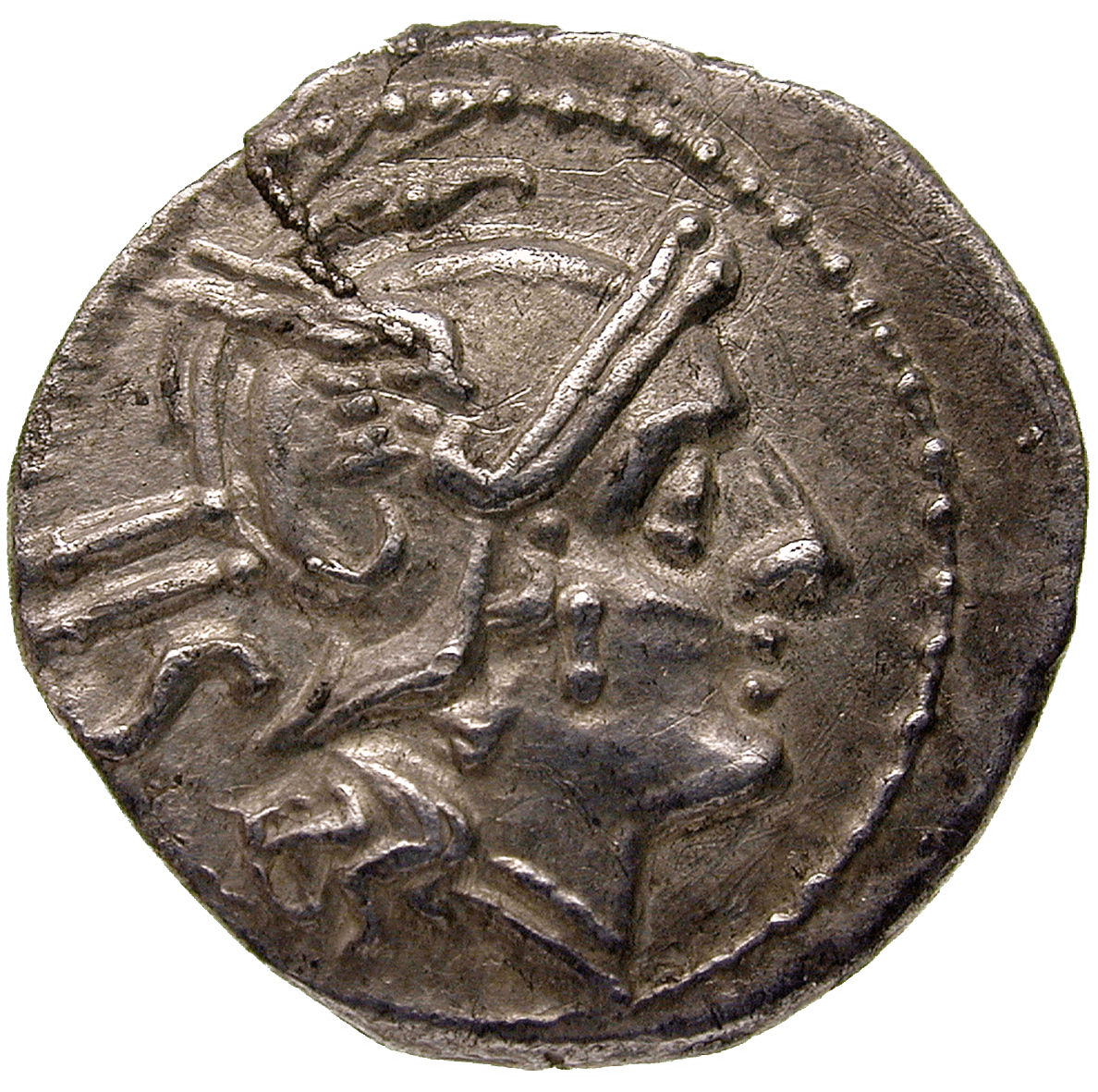 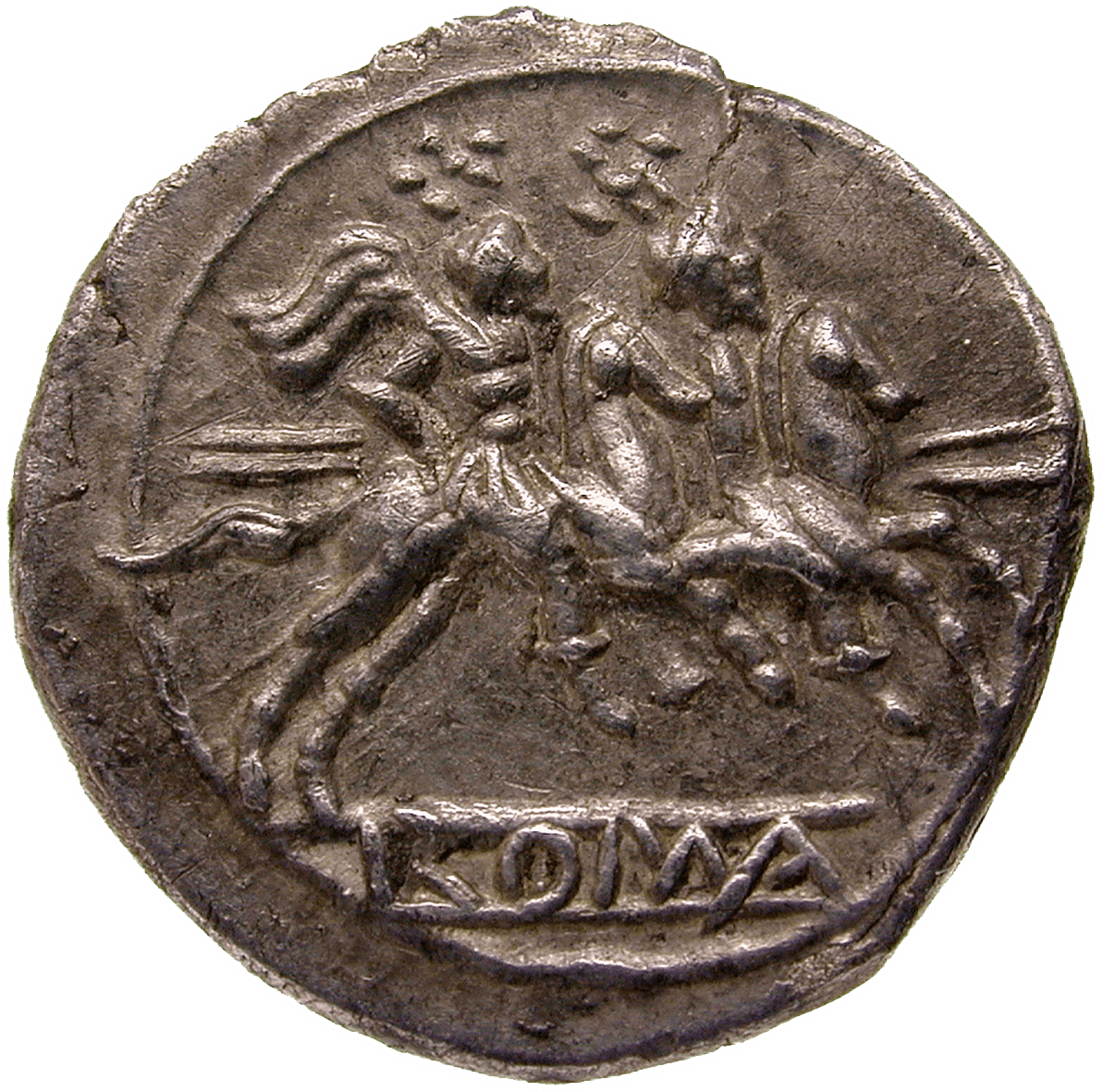 The sestertius, or sesterce, was a silver coin worth 2 1/2 bronze asses. It was introduced in 211 BC, together with two other new silver coins, the denarius (10 asses) and the quinarius (5 asses). The value of the respective coin was always indicated behind the head on the obverse – here, it says IIS for 2 asses + 1 semis = 2 1/2 asses.

The obverse of the three new denominations alsways depicted the head of a goddess, who is commonly identified as Roma. The true identity of the lady is unknown, however, because the cult of Roma appeared in Rome only several decades after the introduction of the new coins. The reverses featured the Dioscuri Castor and Pollux.