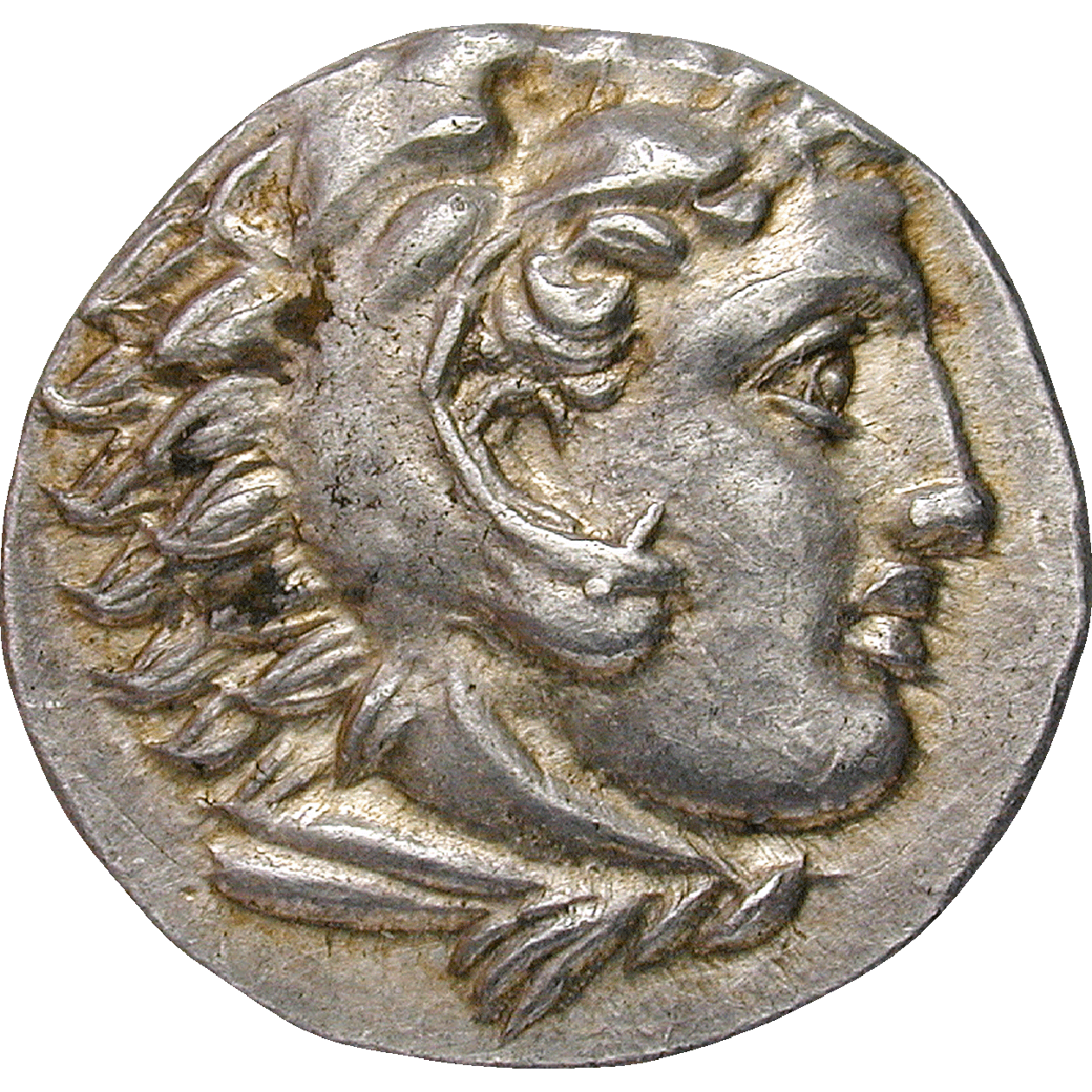 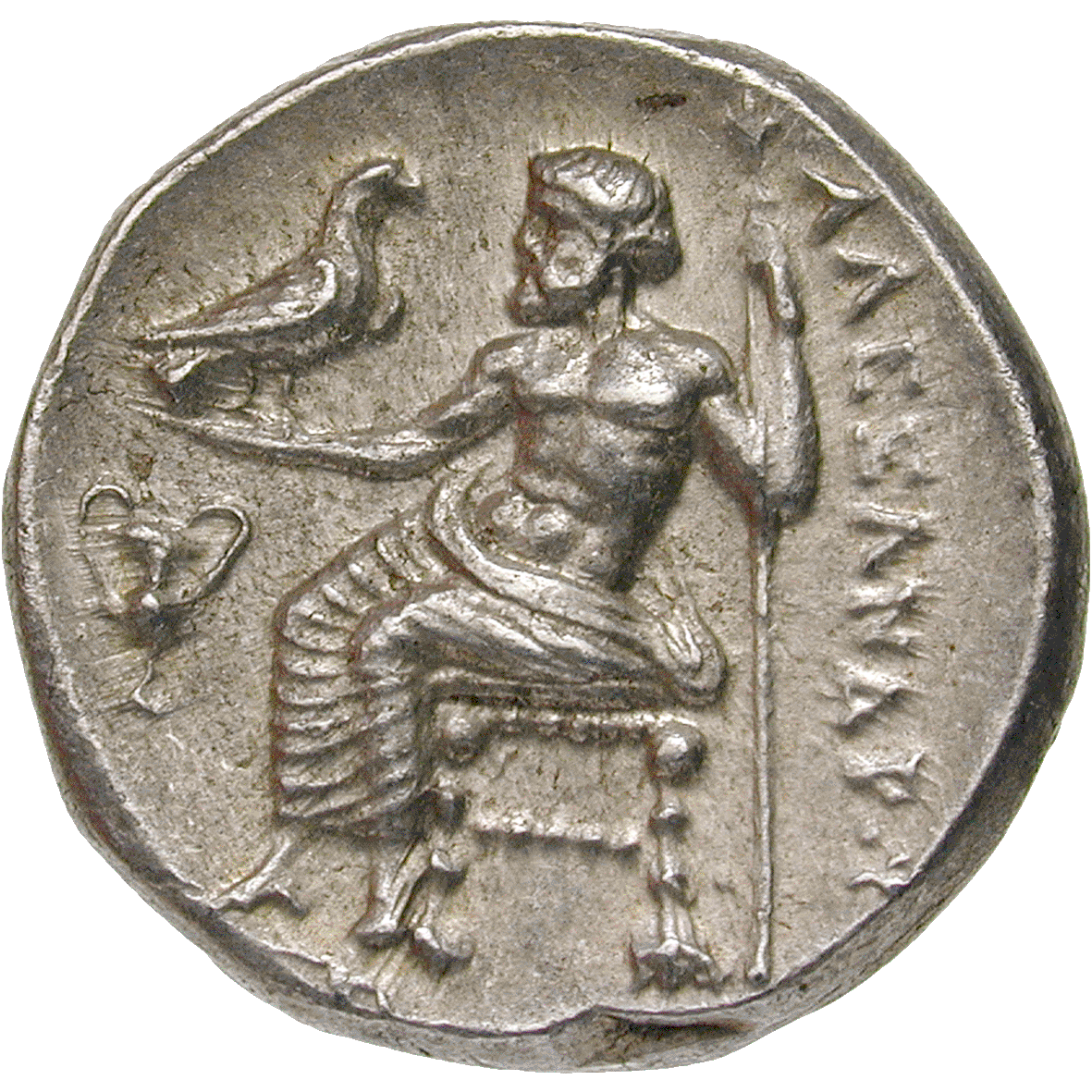 During his short life, Alexander the Great (336-323 BC) conquered an empire unheard-of before. When he died, the entire ancient world from Greece to India was under his control. At that time Greek became a world language, and Alexander's coins a world currency.

The obverse of this drachm shows Alexander in the guise of Heracles, the lion's skin over his head. Alexander regarded Heracles as the progenitor of his family. With this he also traced his roots back to Zeus, whose son Heracles had been. The father of the gods is depicted on the reverse with a scepter and his eagle.