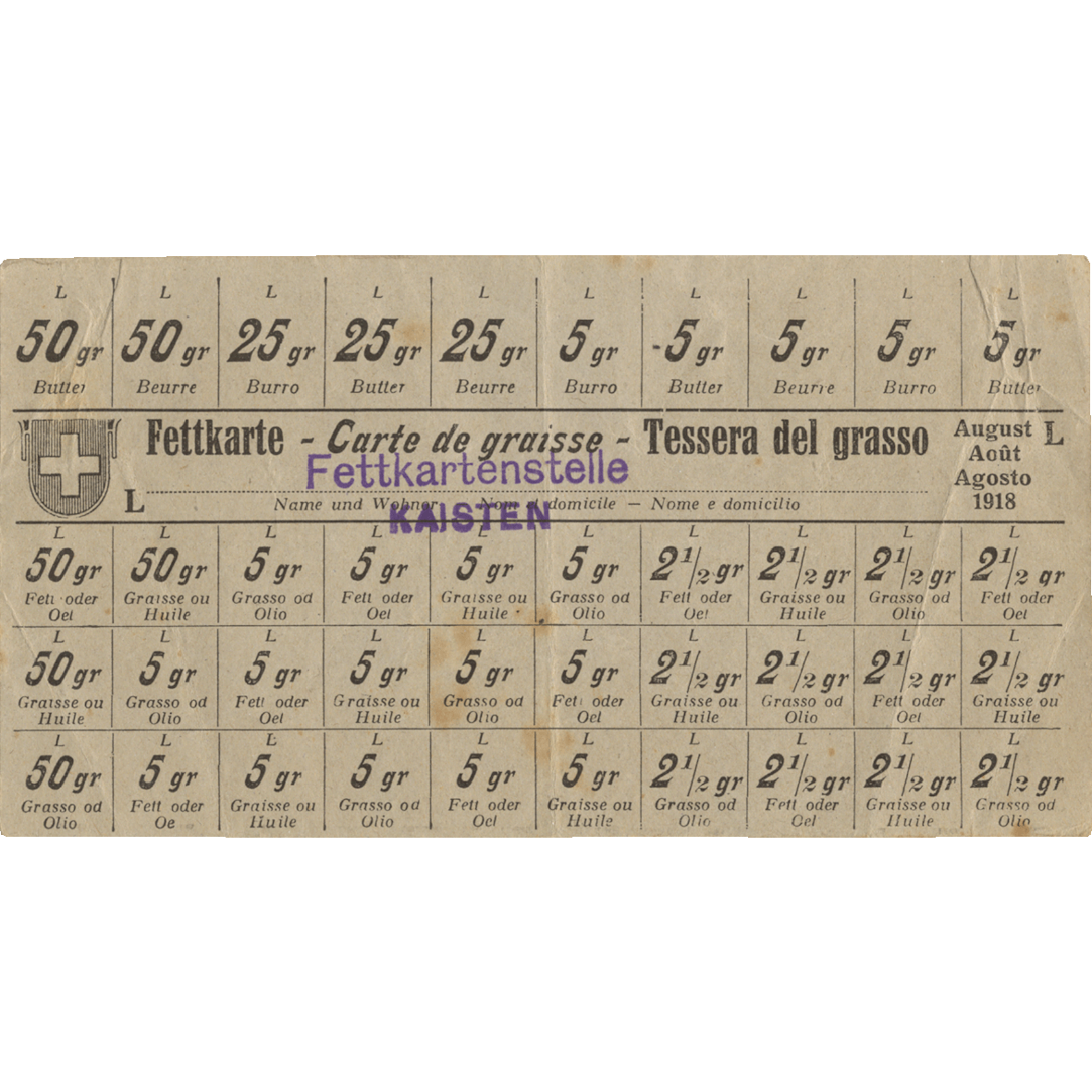 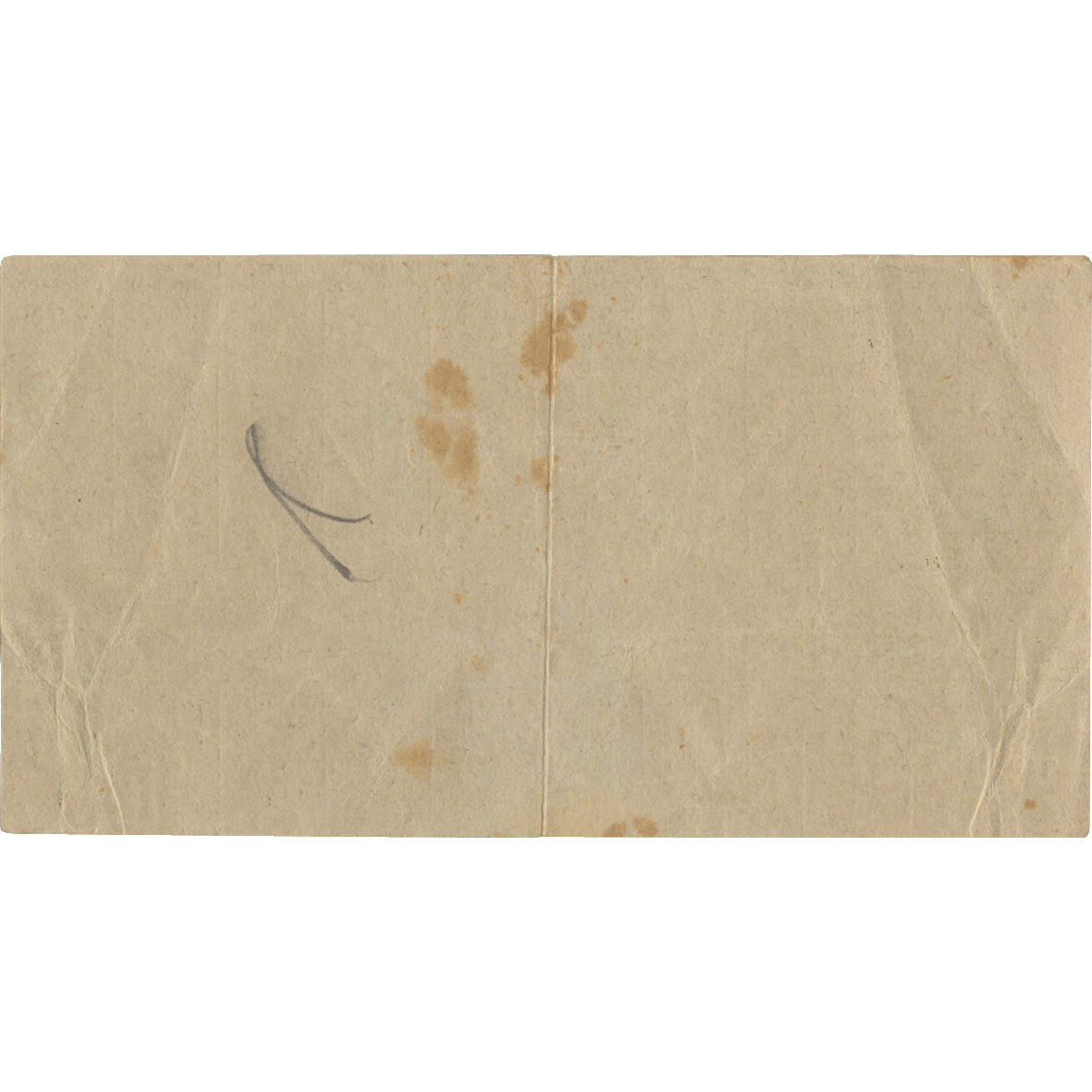 The First World War (1914-1918) hit Switzerland badly prepared. The government had taken no precautions whatsoever to secure the food supply for the population. Soon shortages set in, followed by a massive inflation. What was even worse was that the men enlisted in the army did not yet receive recompenses for their loss of earnings at that time; as a result, large parts of the population sank into poverty. In March 1917, the government finally decreed the rationing of food and issued food ration cards, to at least cover the basic needs of the people. However, many could not afford to actually buy all of the goods that they were entitled to. A lucrative trade with food ration cards thus set in, which continued until the abolishment of the rationing in September 1919.