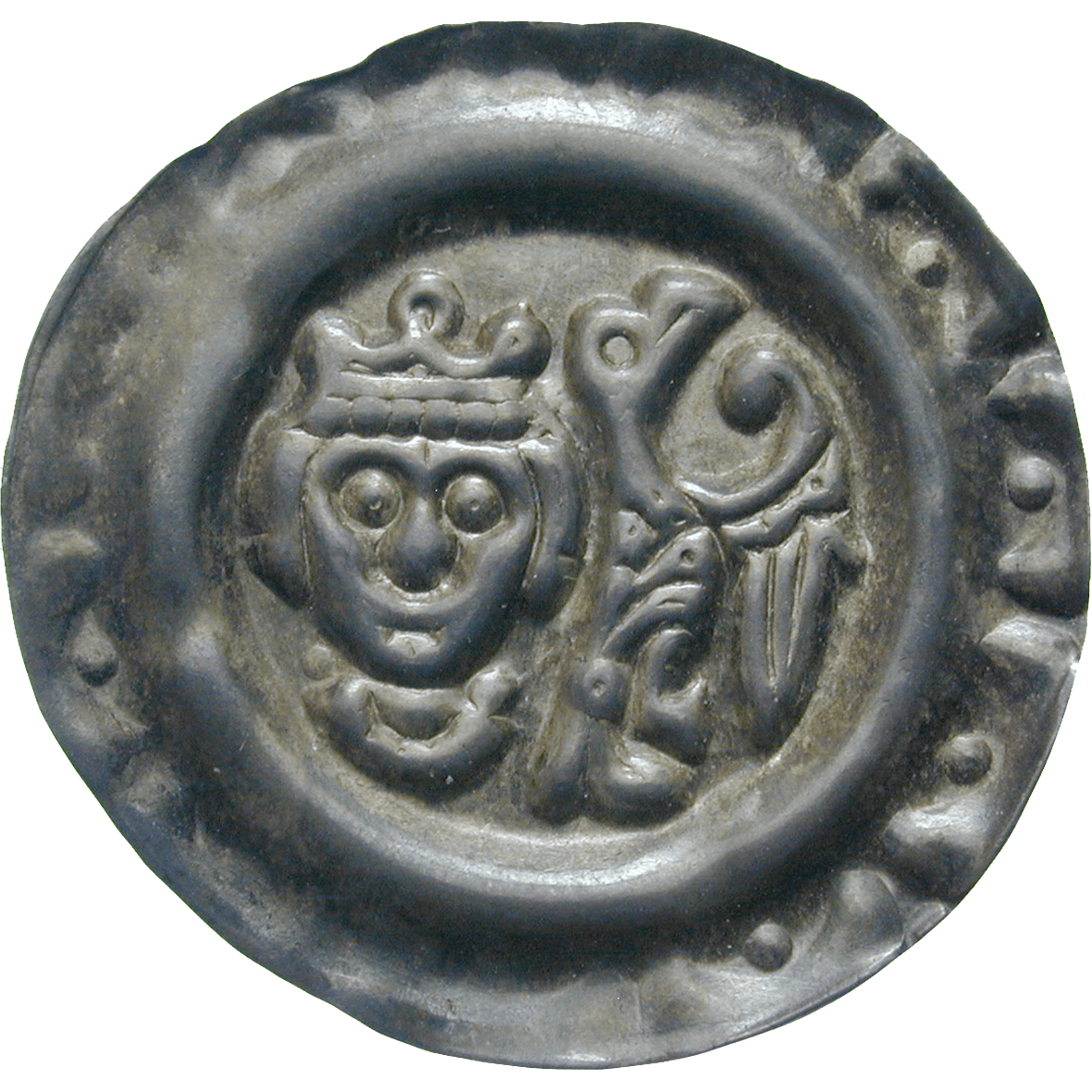 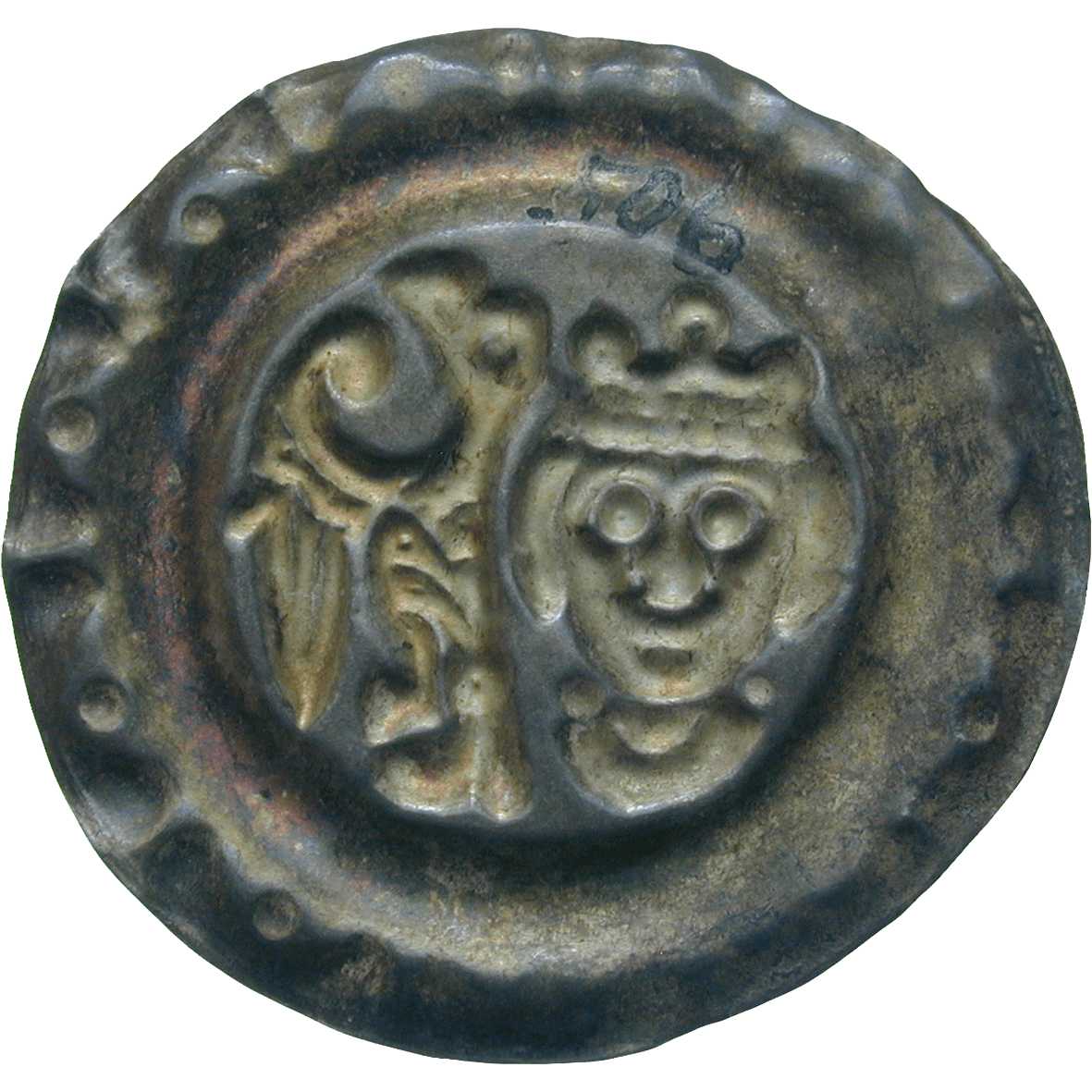 The German title to the throne was not hereditary in the Middle Ages – the German king was elected by the archdukes and could also be dethroned. It is thus not surprising that a constant tussle was going on among the German higher nobility for the royal throne. The keenest competitors for the title were the Hohenstaufen and the Guelfs. After his father Frederick Barbarossa had been German King and Emperor, Henry VI tried to make the claim to the throne hereditary and pass it on to his son Frederick II. He did not succeed, yet Henry VI did manage to bring the Guelf mint in Donauwörth under royal control. His son, Frederick II (1194-1250), also struck his coins in Donauwörth. Our bracteate depicts the king’s bust and a falcon, for after all, Frederick had written a handbook on the art of breeding and training hunt falcons.