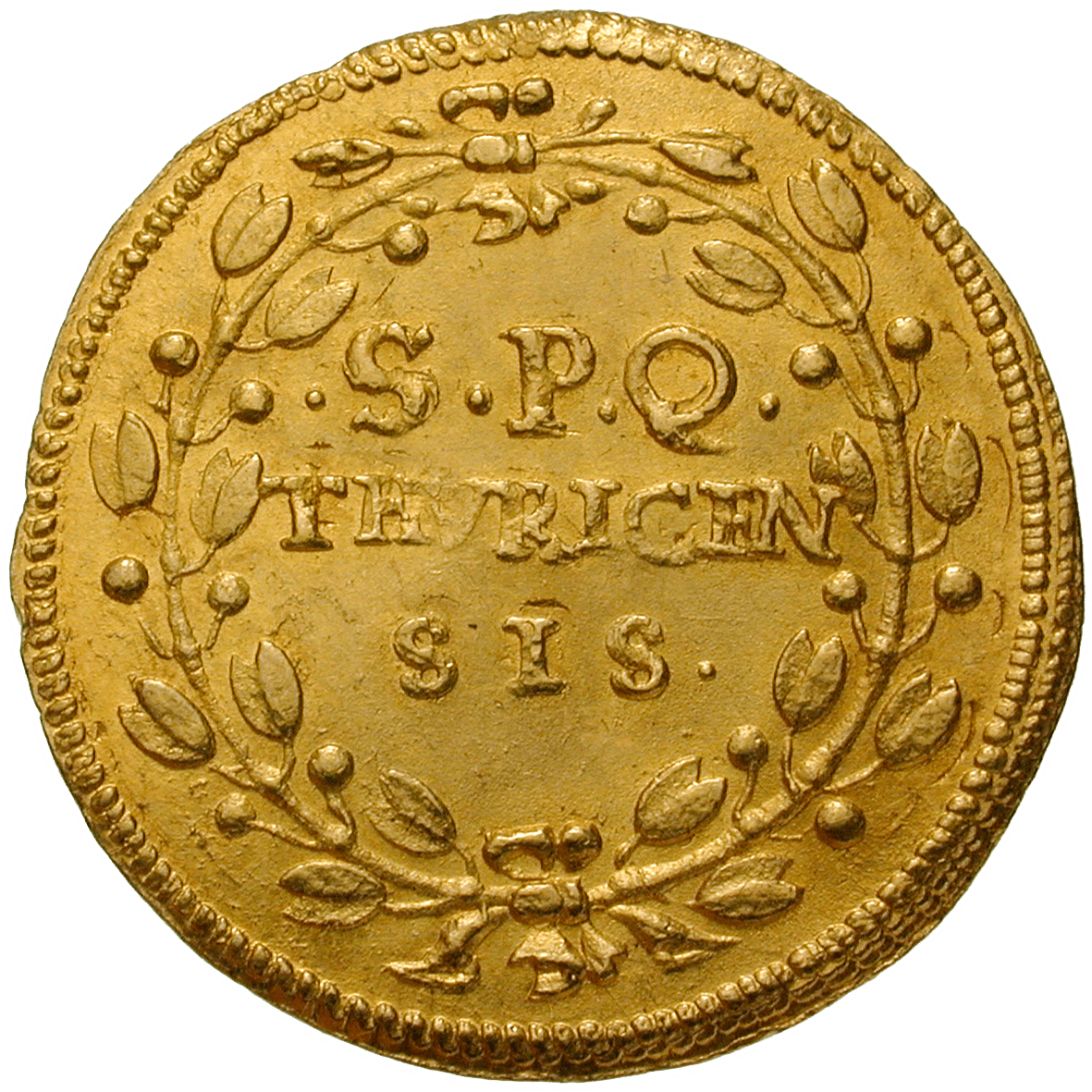 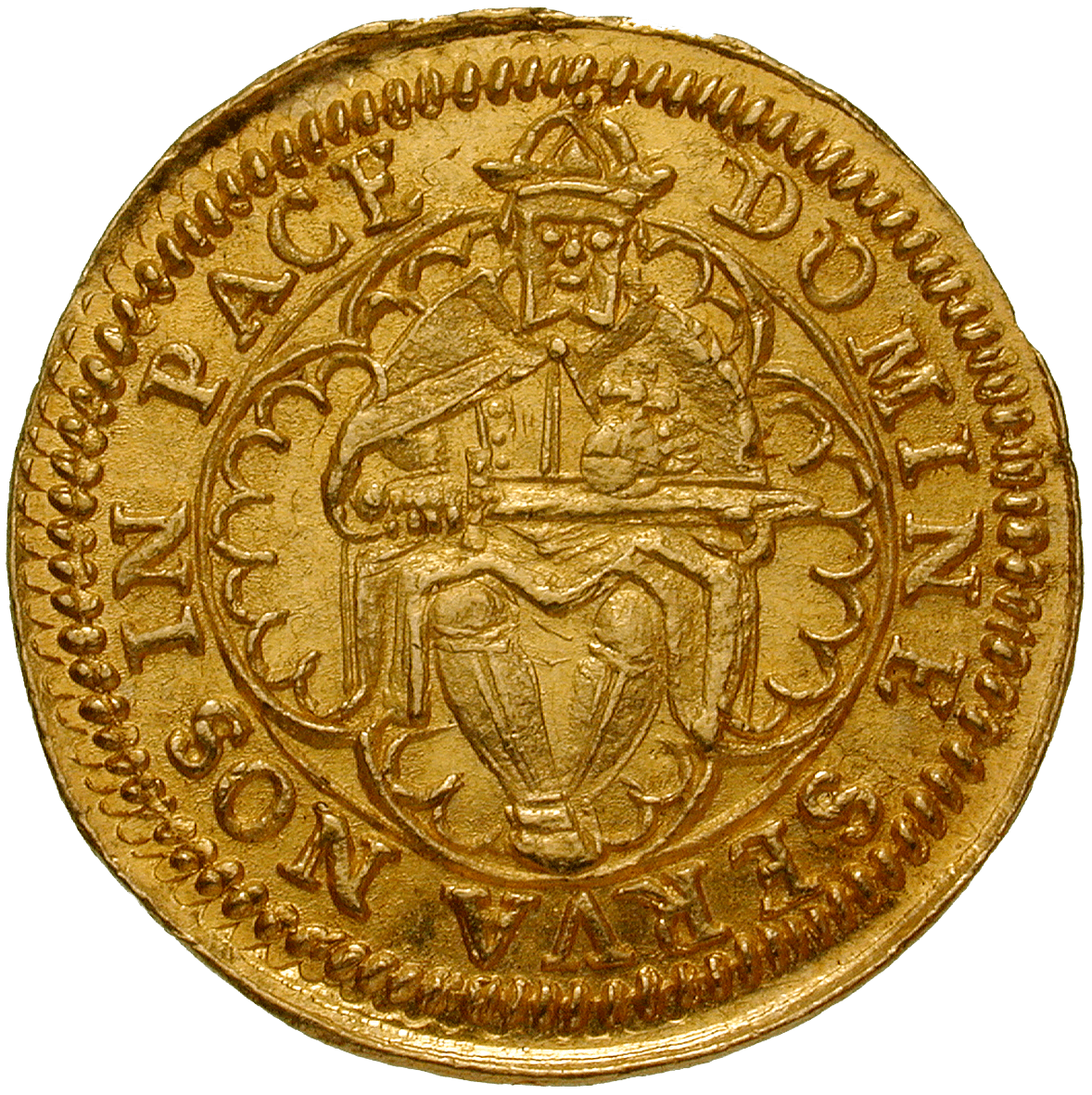 This ducat bears on its obverse the text S. P. Q. Thuricensis – The Senate and people of Zurich. On the reverse sits Charlemagne in a long cloak. In his right hand he holds a sword horizontally in front of him, and in his left hand he holds the imperial orb.

During his campaigns Charlemagne crossed the Alps several times. In Zurich, as everywhere in the Holy Roman Empire, he founded churches and schools. Legend even had it that Charlemagne was the founder of Zurich's Great Minster, and the first statutes of the minster were also ascribed to him. Zurich repeatedly documented the high esteem in which it held Charlemagne on its coins. Until the Reformation, the anniversary of his death was celebrated as a religious festival.