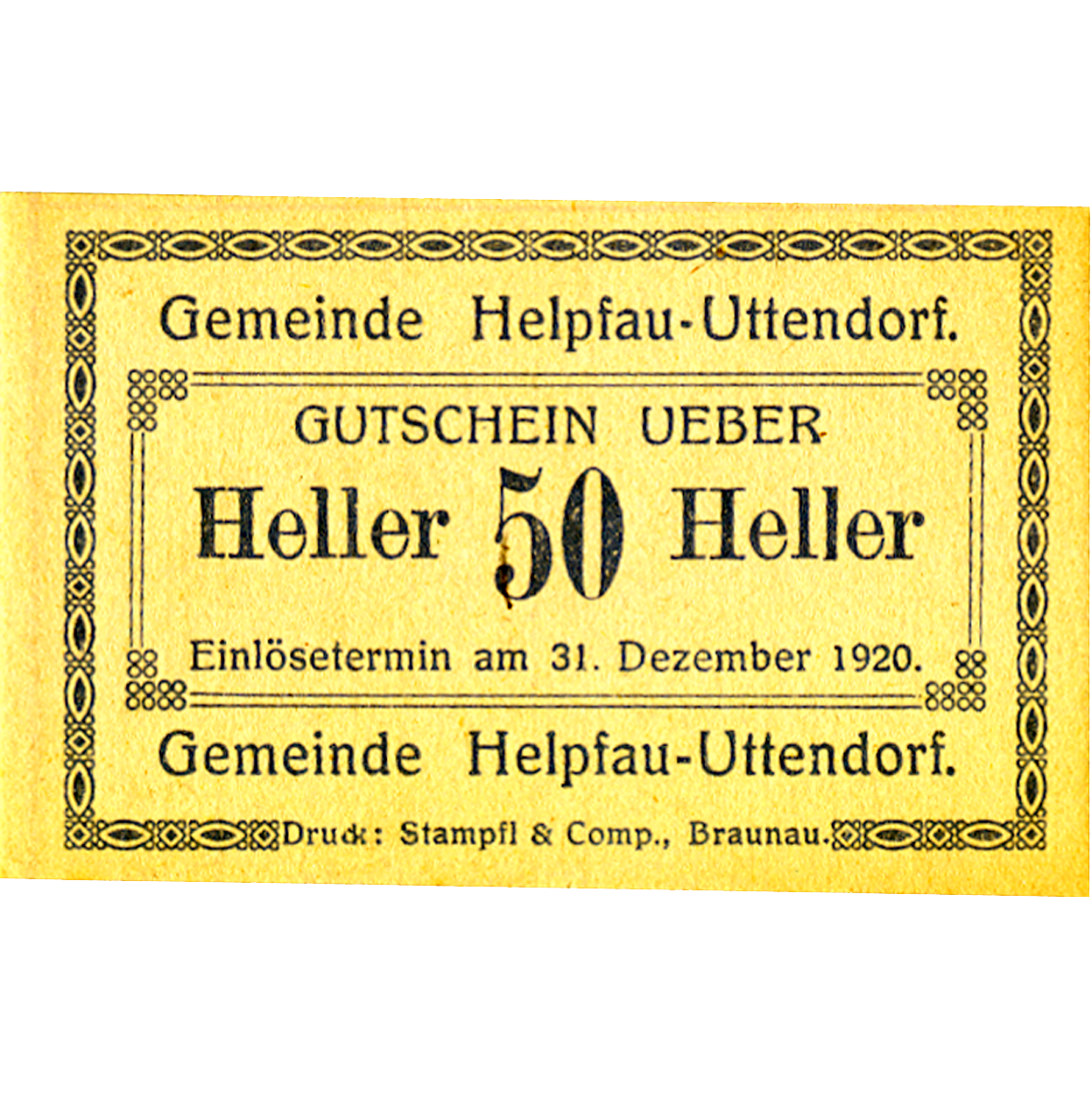 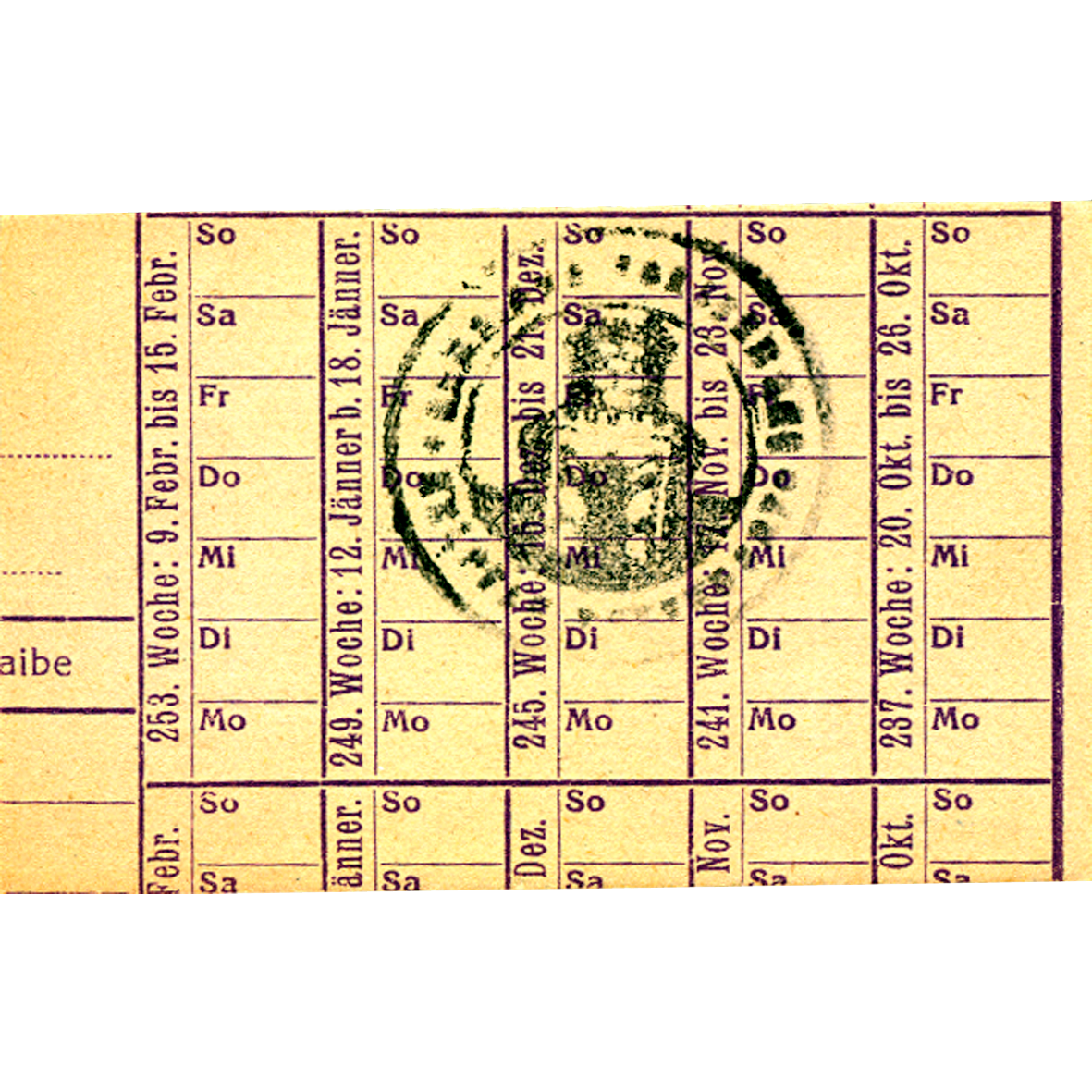 Even paper was scarce when the Upper-Austrian community of Helpfau-Uttendorf decided in 1920 to issue emergency money. In the end the community had to settle on printing its vouchers of 500 hellers on bread rationing cards. At that time, small coins had almost completely disappeared from monetary circulation in Austria. The value of metal had risen steadily during the the First World War (1914-1918), until it had finally exceeded the face value of the coins. As a result, the populace began to hoard coins. At first, coins from precious metals had been in special demand: gold and silver were always considered as safe assets during times of crises. Eventually, however, the value of base metals had risen too, as they were used by the armaments industry. Soon, the value of the nickel and the copper in the hellers was worth more than the market value of the coins. Hence these coins were hoarded as well. Cities and communities tried to supply the population with emergency money, but adequate materials ware in short supply. This is why Helpfau-Uttendorf ended up with vouchers printed on bread ration cards.