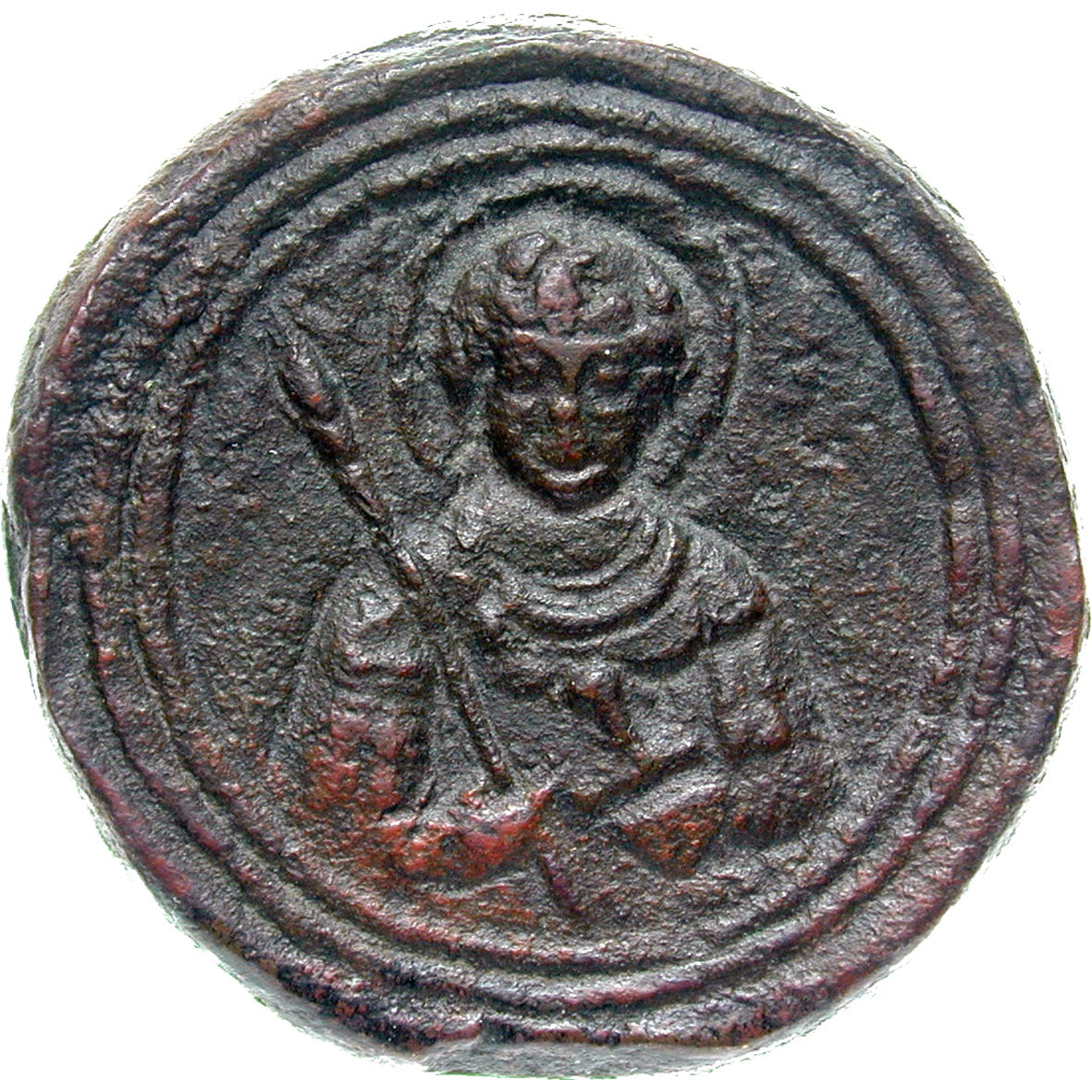 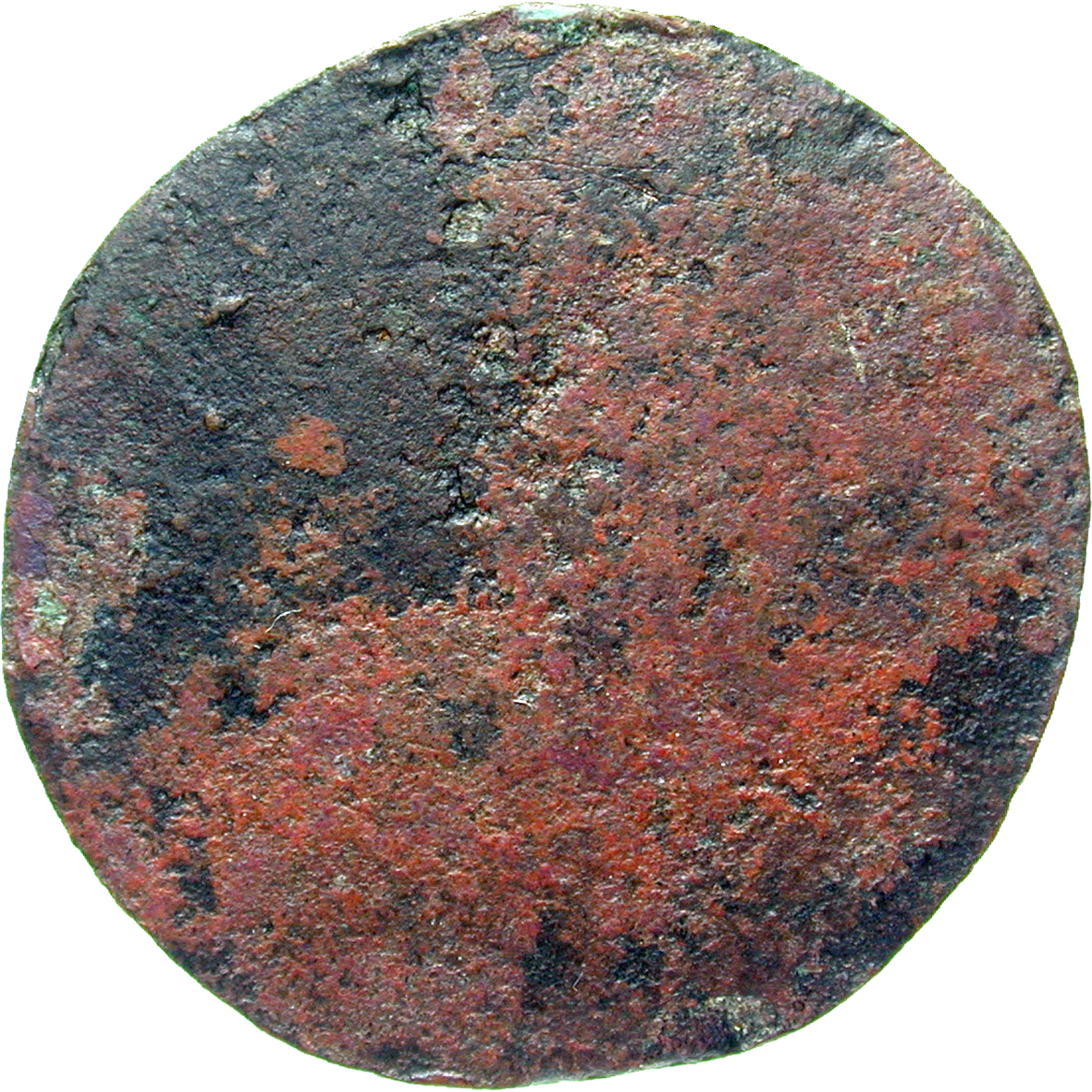 This bronze locket has been found in a golden socket, made around the year 1700 in Zurich. The socket could only be opened with great difficulty; hence it can be assumed that the locket had been in there undiscovered over a long period of time. When it was finally discovered, its depiction was taken to be Zurich's city saint Felix, who had already been represented on Zurich pennies dating from 1200.

A more precise analysis revealed, however, that the image does probably not show Felix, but rather Saint Demetrius of Thessaloniki. Demetrius, the son of a distinguished Roman family, is said to have been killed around the same time as Felix, during a persecution of Christians in Thessaloniki. Demetrius was an important saint during the middle ages, he was regarded as patron saint of the crusades. As city saint of Thessaloniki he is said to have protected the town from several invasions. How a locket with his portrait got into the socket of a goldsmith's workshop from protestant Zurich is an interesting question.