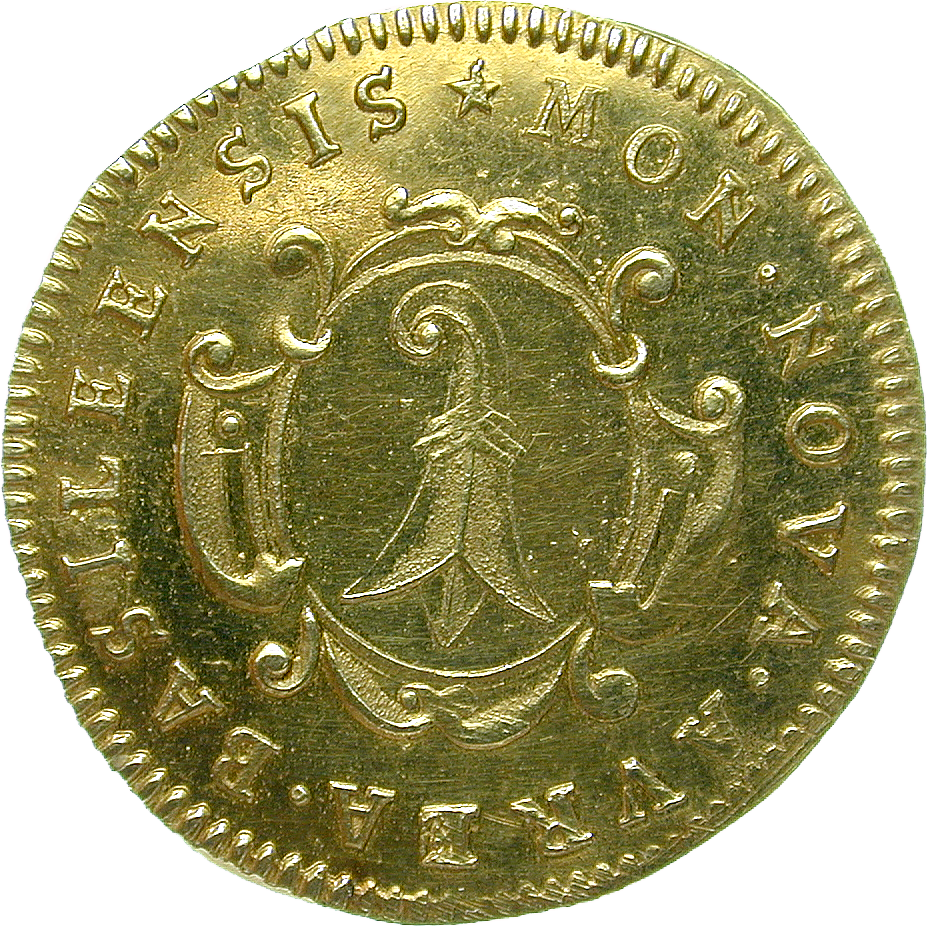 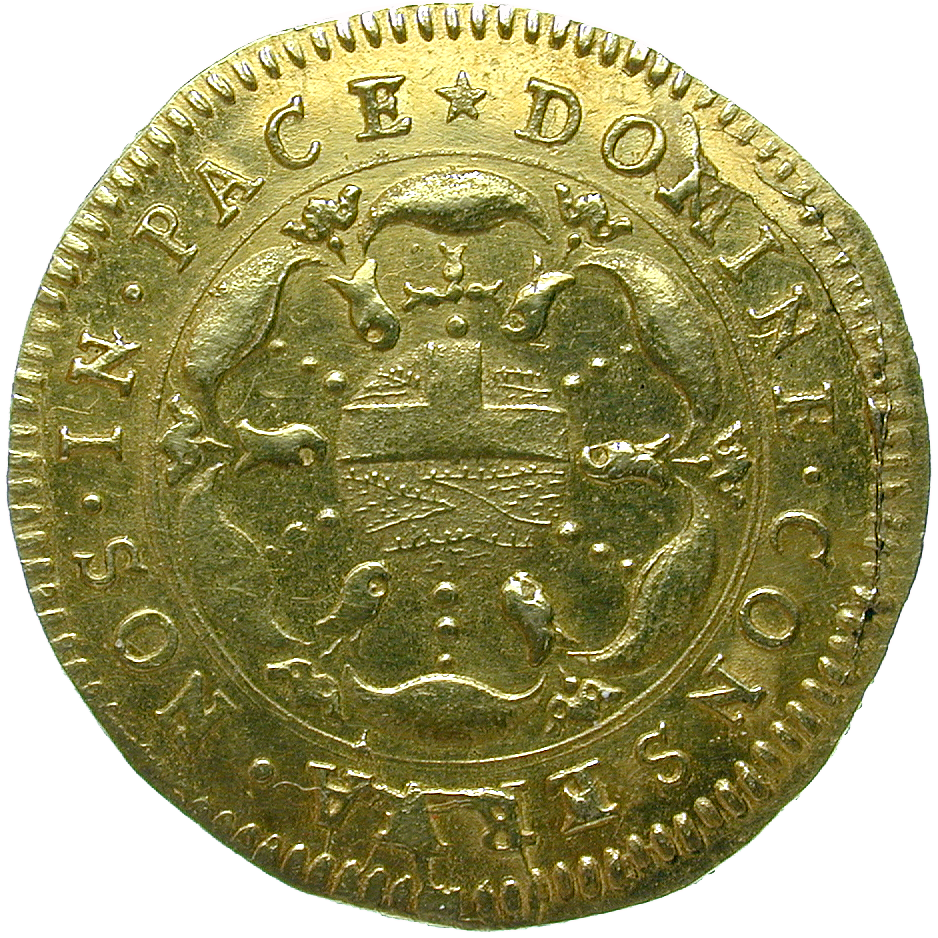 The Republic of Basle was economically closely connected to the Upper Rhine area. From the beginning of the 15th century it geared its currency after that of its trading partners. This is why Basle not only minted golden ducats, but also goldguldens. Before Basle got permission to mint gold coins from the pope in the year 1512, the German emperor had minted his goldguldens there, in concurrence to the Rhenish guldens of the electors along the Rhine. The emperors had stamped their goldguldens with an orb, and the city of Basle adopted this emblem: It continued to show an orb on the reverse of its goldguldens until the end of the 18th century.